well – for the chinese it is now the year of the dog! the party was much smaller than last year cause the river took away a lot of the city and new buildings round the festival ground. 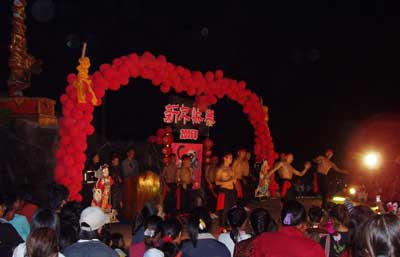 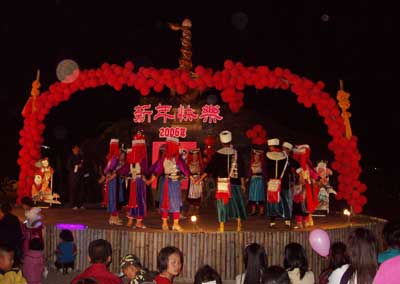 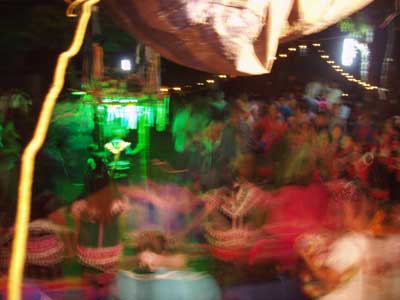 the lahu dance around a spirit tree – with drums and flutes. funny thing: this lahu village is only a few minutes by motobike from pai. still only one other tourist there… 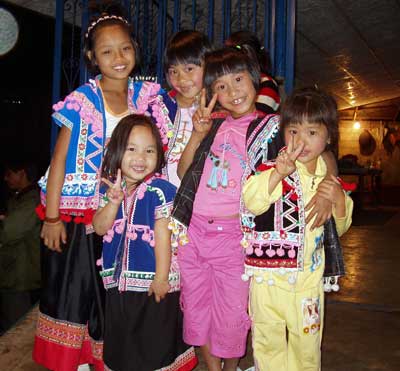 than there was also the lisu new year 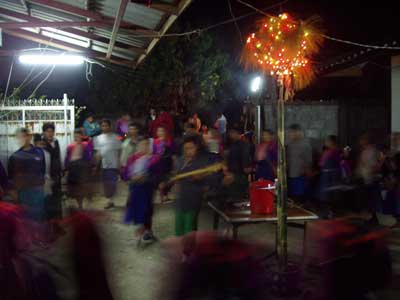 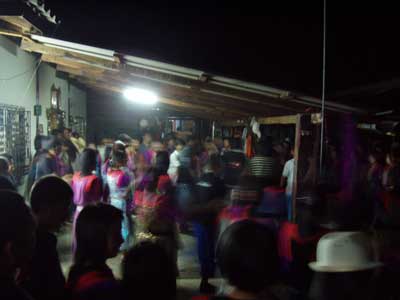