If you took a bus in Thailand or Malaysia before and you are the first time in the Philippines you are in for a surprise. I did ask the interweb and found a bus company that drives from Manila to Banaue up in the north. They have a nice website and you could get a ticket there but somehow they really like you to spend hours getting to their office and pick up that ticket and hand your cash. Then you go home again as you do not want to sit there for hours. And then you take another taxi to get there in the evening. No big bus station to the north like in Bangkok for example with lots of companies to choose for. The taxi trip in the evening turned out to be a pleasant one. I had a nice driver and we talked the whole time. Got a bottle of booze to make that shitty bus ride comfortable. Turned out that I had a seat next to a French guy that was traveling with his family. Of course, he did not think of the air conditioner in the bus. As usual, they had it on “full blast and freeze the passenger to death” and not on “comfortable for the night” settings. I was prepared with my sleeping bag, a jacket, and an extra jacket. The iPhone was fully charged to have my own soundtrack for that trip. I could give the French man my extra jacket as I did not really need it. I think I even slept even one or two hours. Woke up a bit before the sun made it over the mountains so I could enjoy the view of the green mountains and little sleeping villages in the early morning.

I booked a room with Randy the owner of the Brookside Inn in Banaue. He told me he would send a driver to meet me at the “bus station”. And sure enough, there was a man with a big piece of paper and my name on it when the bus dropped me in Banaue! Great service Randy!

Not really sure if you can find a better place in Banaue! Randy tries everything to make you feel at home at his place. It is simple but Randy makes up for it – you would be impressed!!
Here is his Facebook page. I was looking for local food and he told me to go to Lyn’s Eatery. 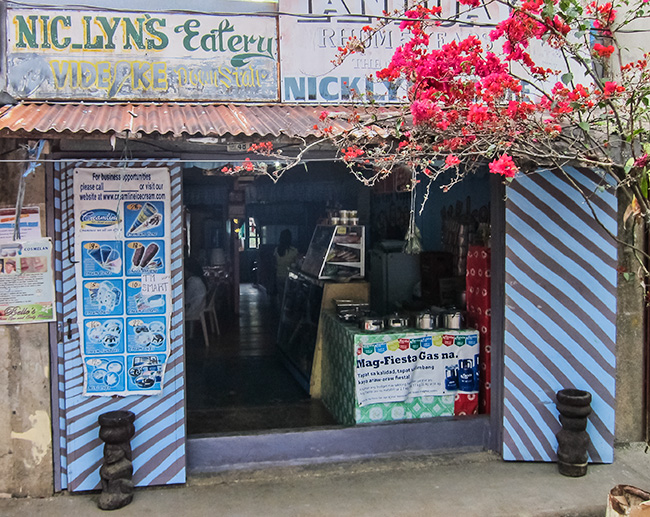 A real local Place! She even made some special food for me when she runs out of vegetarian food in the evening. Loads of green with rice and the beers were never warm. A friendly place in the heart of Banaue. 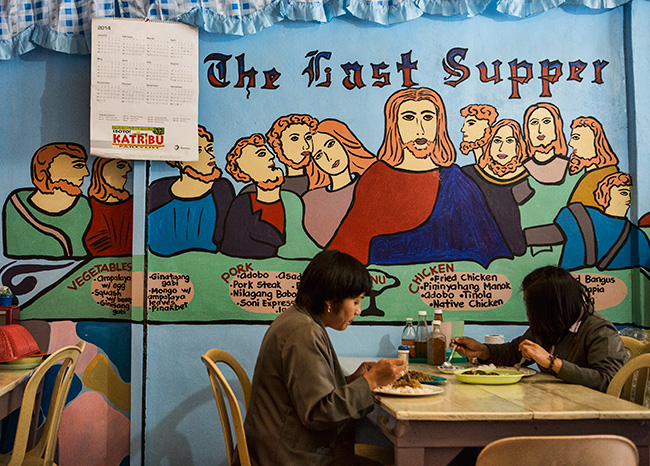 Does Jesus have a girlfriend? 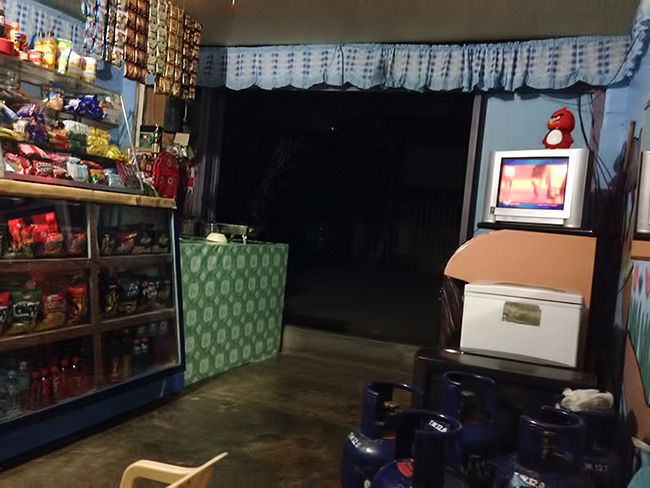 Another of Randy’s suggestions was the Cultural Show that they do 2-3 times a week in the main season. Do not expect too much but if you are in town – go there!
They explain the different clothes and customs and have a few dances for you. 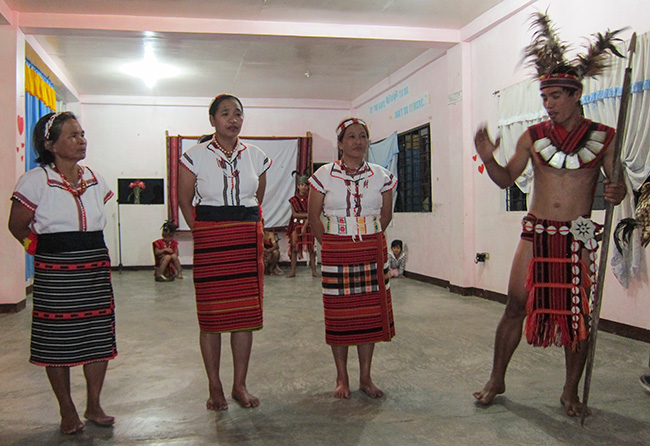 The guy on the right explains most of the time 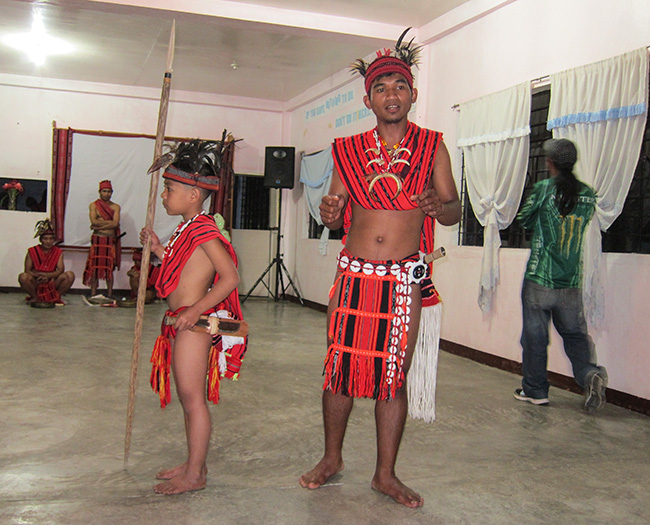 The other guy that did the rest of the explaining

I have two videos for you:

In this one, an older man goes with a younger one and they are searching for a woman to marry