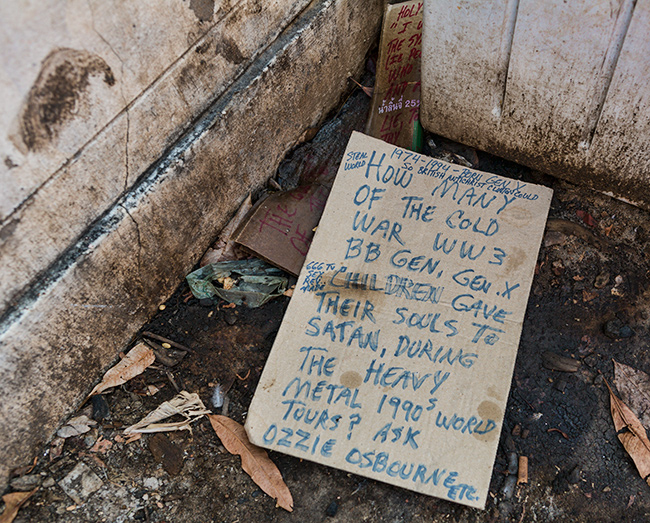 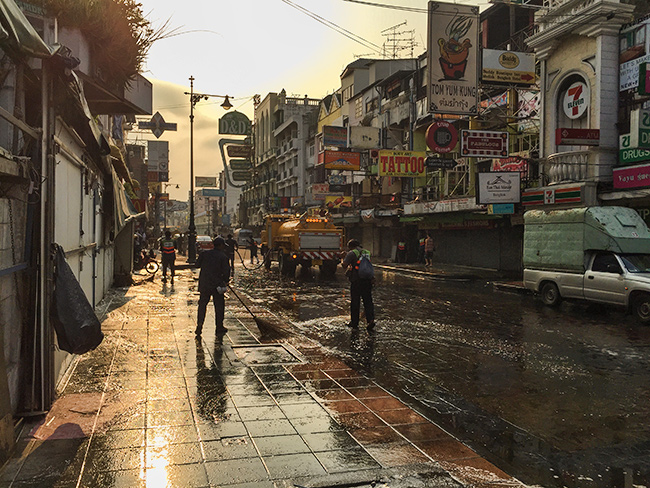 There was a time when Khao San Road was 24/7 party. Do you remember when people had a plane at 4 in the morning or at 8? So they had the last beer with the guys that came into Bangkok International with a plane at 2 or so in the morning. Some went for breakfast and while others went to bed. The street was full of cheap guest houses and every one had a restaurant at street level. The good old times. Now it is a cheap copy of a copy the was done 10 years ago. No clue why people still hang out there. Soi Rambutri is more like the old Khao San Road but will never be like the old one since there is a Temple on one site of it. 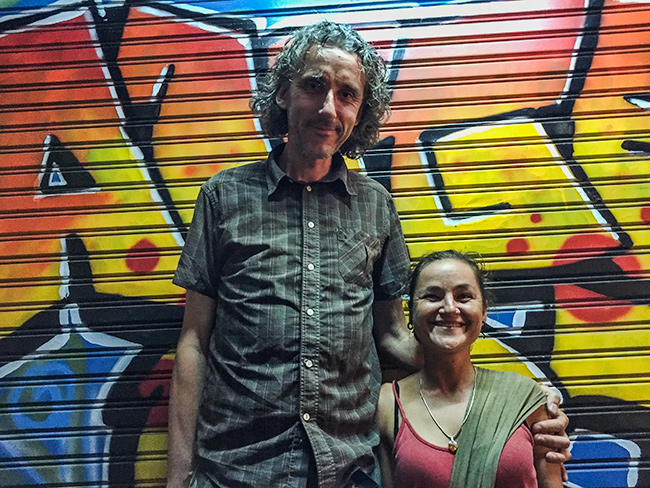 Yes! She is that small. And 10 seconds after the picture we got searched by the Law. Two friendly police officers went to all the pockets and looked at everything. Only to find nothing.
Welcome to Thailand? I dunno – that did not happen nowhere to me ???

After Laura did arrive in Bangkok I had to show her at last some of the important places of “my” Bangkok and some examples of the Bangkok in general. Chinatown and Pratunam and a few places in the oldest part of Bangkok.

Than it was time to get up North to Pai. We took a VIP night bus from the Northern Bus Terminal to Chiang Mai. Did book online with ClickBus and I have no clue how they think one is supposed to find the counter to show the message that they send you to the phone and give you a paper ticket. Had to go to the information booth to get that sorted. And they could not see it on the print out or the phone message as well. The guy did phone the friendly call center and then he walked my to the window. Great and super fast service! The bus was very good as well. The usual massage seat, food and water, coffee in the morning and lots of movies to choose. Only two in English but one of them was the story of Nicky Lauda and it is a good movie. It was a two and two seat configuration. The last few times I had the one and two configuration so the seats are really wide. The reclining seat in our bus got down lower than on most buses I had before. That made the whole thing even better. And it was only 550 Bath, 300 cheaper than the other one. Could be that all of them are cheaper since gasoline is down as well but then again there are some that cost 1250 bath.
Since my friend in Chiang Mai was in China for a visa extension and the other had things to do we went from the long distance bus station over the street to the other bus station and got the first bus to Pai.

Dee and Gerben have the house that Julie and Kavesh had last winter. They forced me to stay with them so we had breakfast and waited for them to pick us up in town. Since Sush Hi and Mike are in China and Mike has 4 motorbikes I asked him if I could have his spiced up Honda Sonic. Sure enough he said yes which made me quite happy. A real bike instead one of the 1001 times crashed tourist bikes you rent here in Pai. And it has a clutch and is a 5 speed. Since more and more Chinese tourists come that can not ride bikes most of bike you can rent over here are fully automatic scooters with small tires. Who does want a bike like that?? 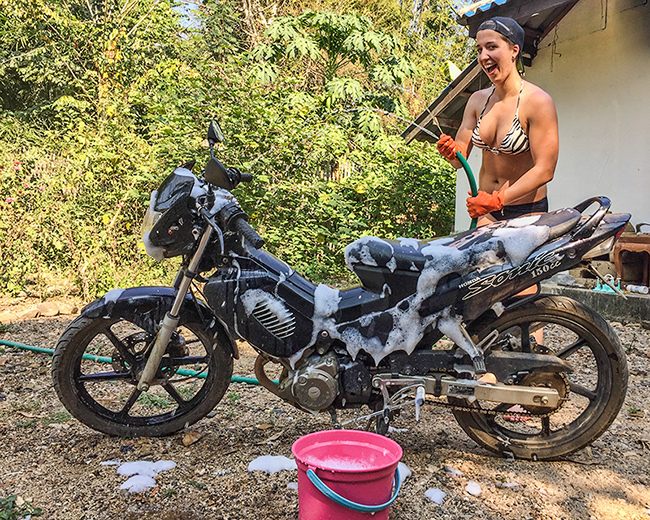 Had to try two times to pick the bike up since Mike’s landlord did not remember where the key was. Finally back home we had to clean the little baby 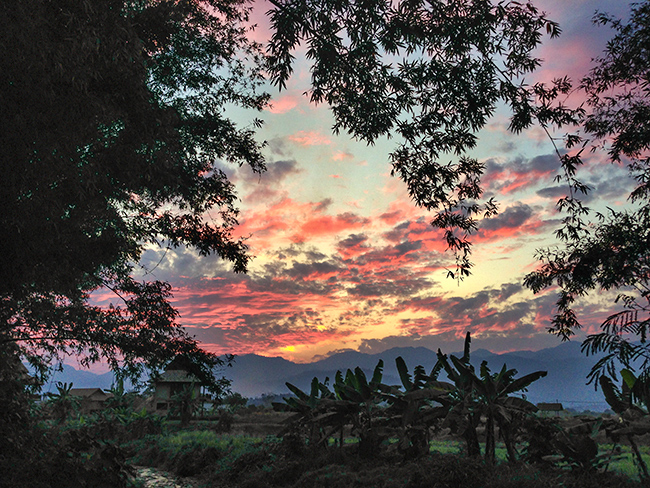 Sunset from our home in Pai 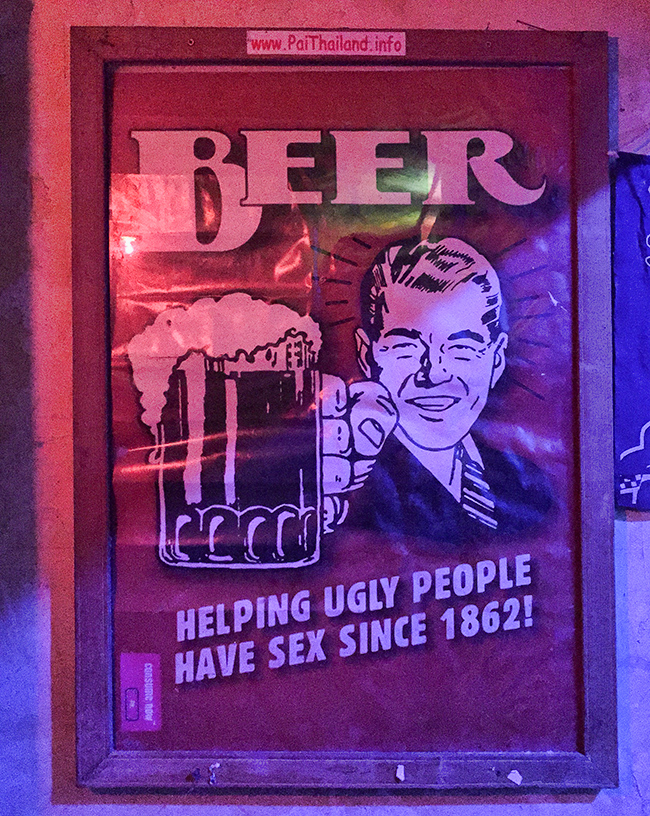 I have to say that wine does the job as good as beer if not better. If not – try champagne!! 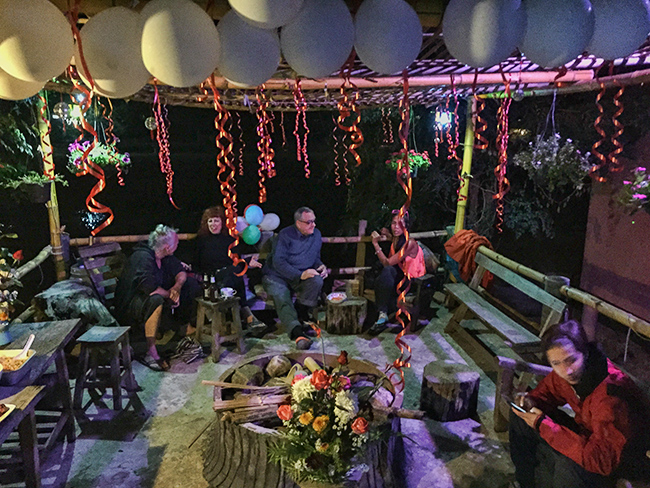 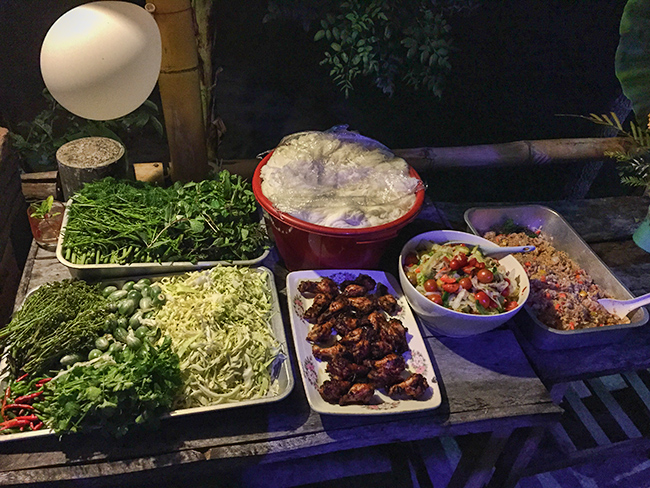 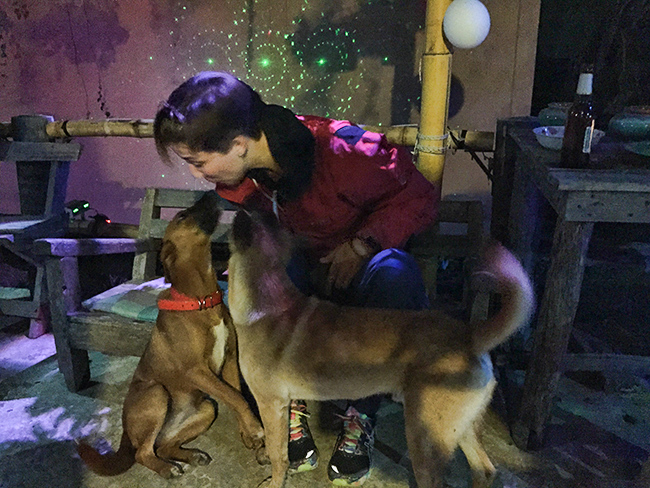 Why does she have to kiss every dog she sees??? 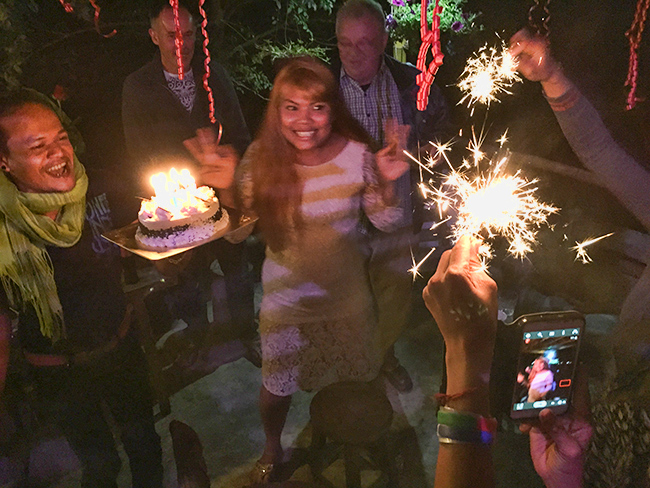 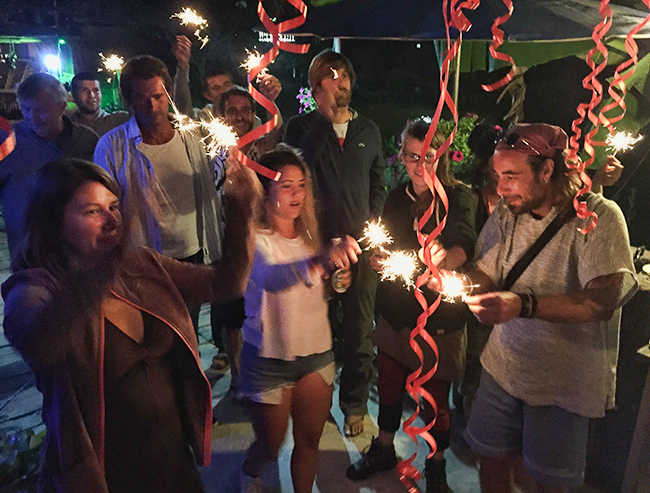 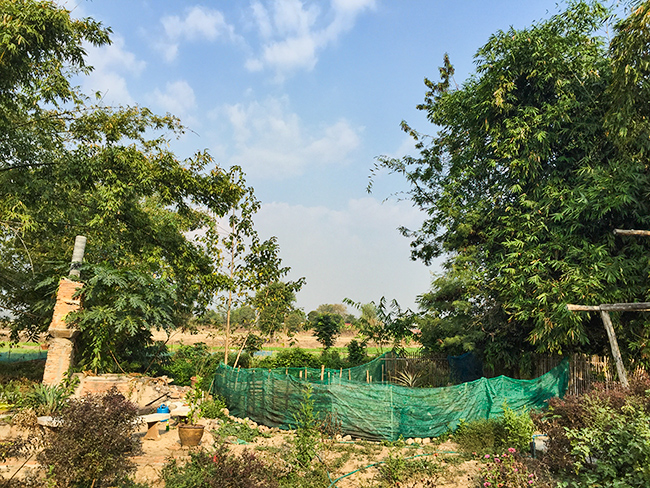 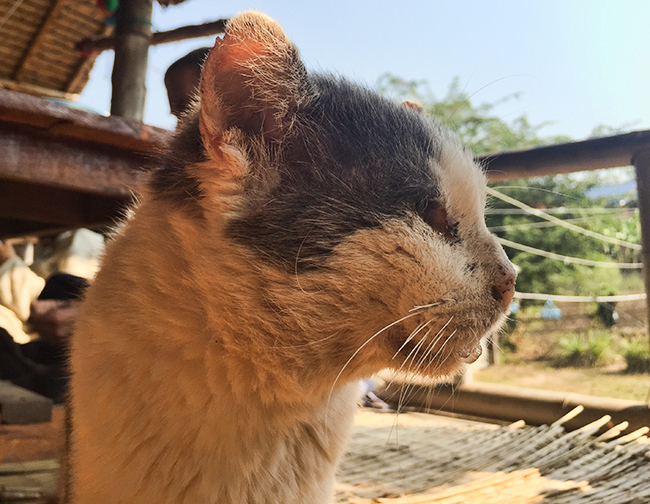 The old Cat of Twin Hut. That must be the oldest cat in Pai 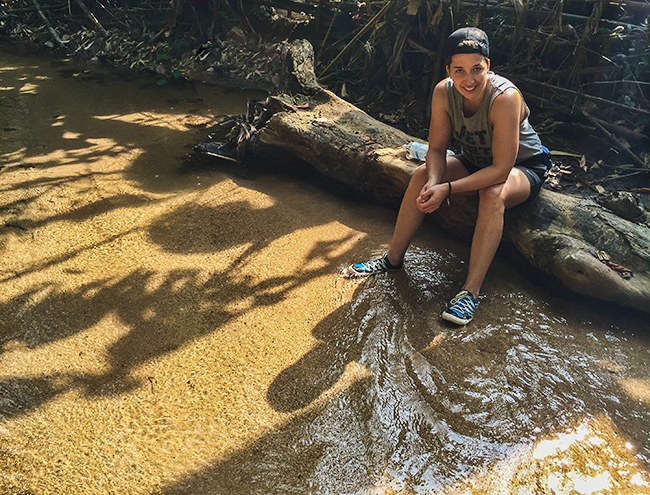 Another walk to the waterfall 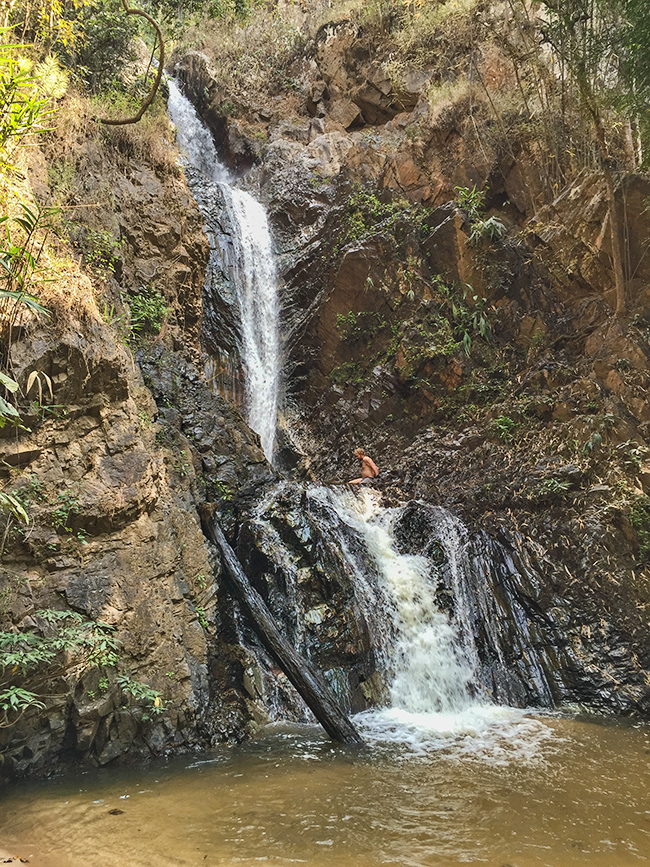 That was the fastest so far. Had three minutes rest and then we walked back again. 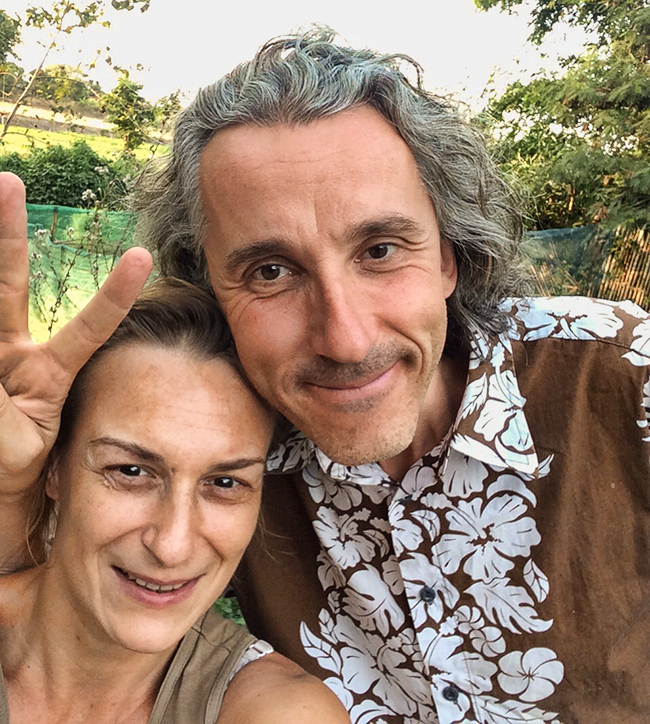 Finally Delphine from Singapore made it up to Pai 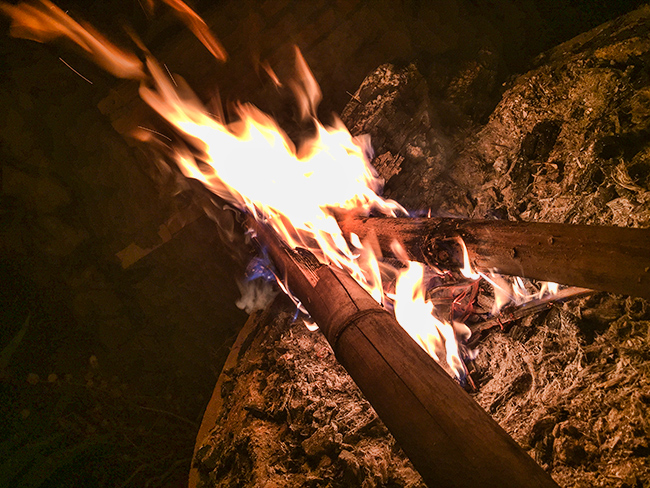 Friendly fire at our home 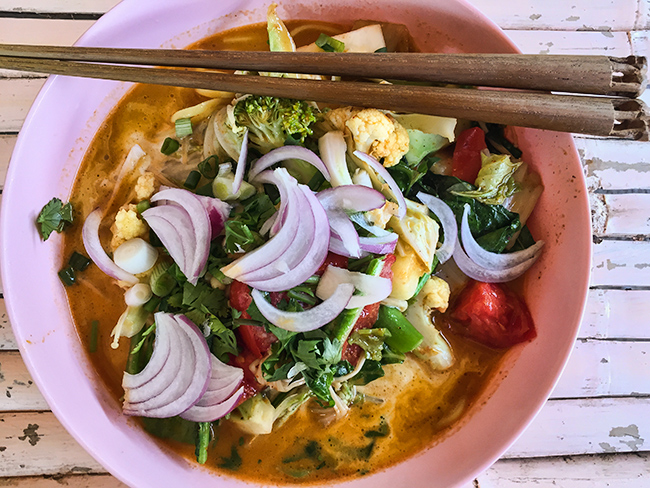 à¸‚à¹‰à¸²à¸§à¸‹à¸­à¸¢ Khao Soy – Yellow Coconut Curry with Yellow Noodles. This is what I have for lunch every day my favorite restaurant is open. 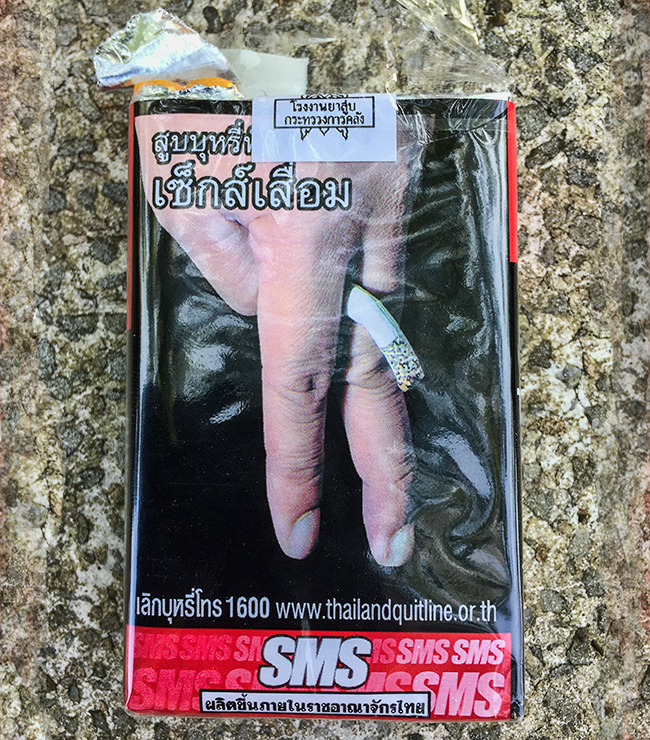 Good that I do not smoke…