Had a smooth flight from Stuttgart to Atlanta where the chaos did start. Some valve problem at one engine so we had to wait in the plane. Than – if you want to get off you can. So some people did go off again some did stay. Than everybody off the plane – you can leave your luggage. Well i did not leave it – die you ever get back on the plane and it went off?? And so it came – everybody go gate 17!
Now the guys have to get their bags – but you can not simply walk into the plane – only a hand full of passengers at a time can go. That took ages. The next plane we could not board before the girls where in it. But they where still looking over the bag thing at the other plane. When they did arrive at the end and the crew boarded they did find out that the new plane was under maintenance! WTF?? So we had to wait a bit longer to finally leave Atlanta after 4.5 hours. All we got was a 25 $ voucher for food at the airport. Hmmmm and free booze in the plane – thanks Delta!

But on the way to New York there where a few thunderstorms on my site of the plane. With the full moon above it was a great show – it might have been worth the delay. Than i had to spend 30$ instead of 2.50 to get into the city – fuck that

Matt was still up when i came in way after midnight – we did talk a bit and than i crashed – tired as a dog after a long day in the forest. 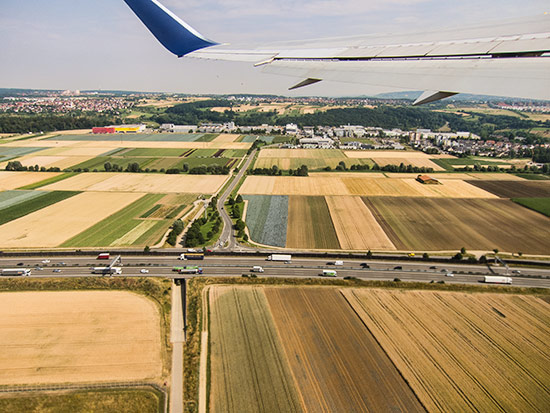 Take off in Stuttgart 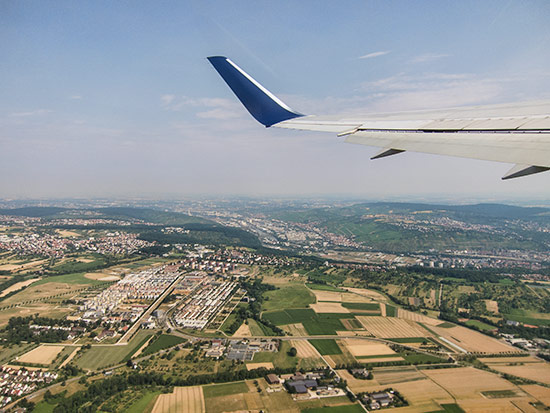 Stuttgart from the air 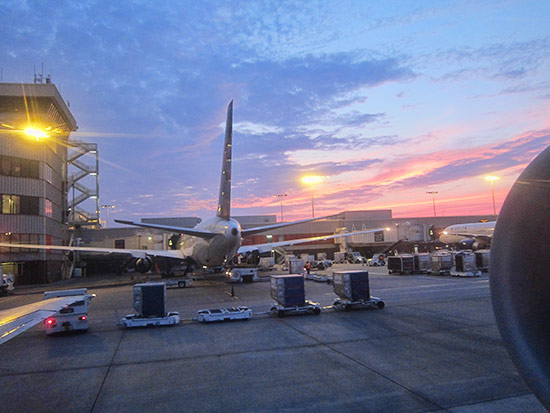 Start in Atlanta after 4.5 hours of delay 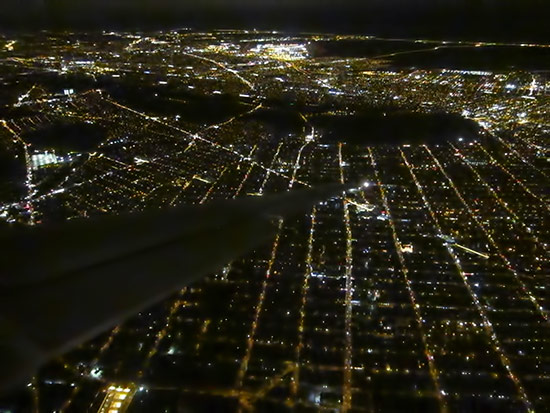 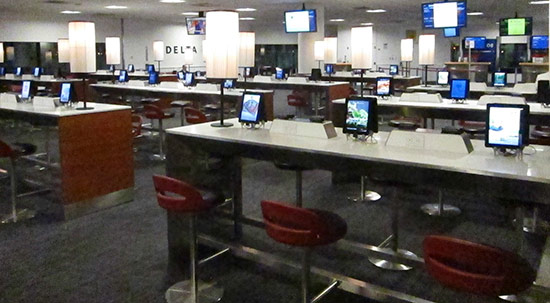 Delta waiting area – free iPads to use for everybody!

And a little movie to give you and idea of the thunderstorm over the clouds: