There is no real bus stand in Gangotri and it depends on the traffic if the bus even makes it all the way to town. Some people told me that their bus did stop 2 km outside of the town and they had to walk the rest of the way. To much traffic. Well i had a good nights sleep and a nice breakfast at the hotel. The sun was out and clear blue sky – the right time to leave this place. Had to wait 40 minutes till the taxi is full. Including driver it should carry 11 people – but of course they stuffed 14 into it and some of the bags as well. Due to the non existent cooperation of Indian drivers on the road the first 15 km took more than 2.5 hours. There is a spot on the side where one could stop and let the bus that comes pass – but noooo – why?? They go all the way in front of the bus and that is it. The next drivers see this and they do not stop so that the car could back up – noooo lets get really close to the car so nothing moves any more. Than it is a blasting horns all over and the bus conductor gets out and loud shouting and after a long time there might be movement again.
Situations like this call for a full iPod with enough juice to last till the end of the day, some water and a more or less good seat in the front to enjoy the show!

The trip down took 4 hours longer than expected and i had to walk to the next taxi stand as my taxi did not go there. The plan was Risikesh which is close and 230 rp away but there was a taxi to Deradun for only 200 rp – great!

And i had the seat in the back for myself the whole trip! In Deradun the car did stop at 22.30 in the middle of nowhere but with the help of the friendly locals that pointed me to the right direction i did found a local bus taxi that put me in front of my hotel for the night. Cheers people of the North! 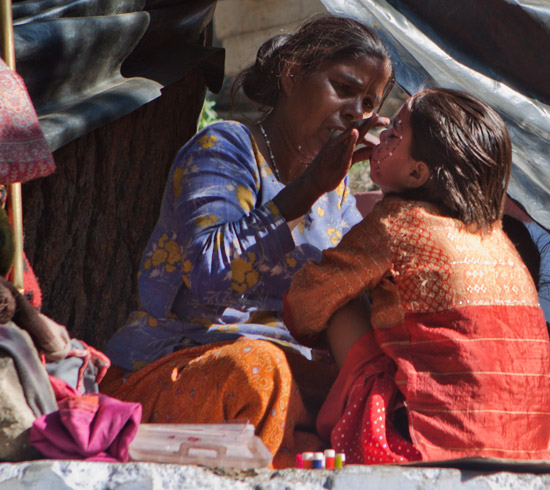 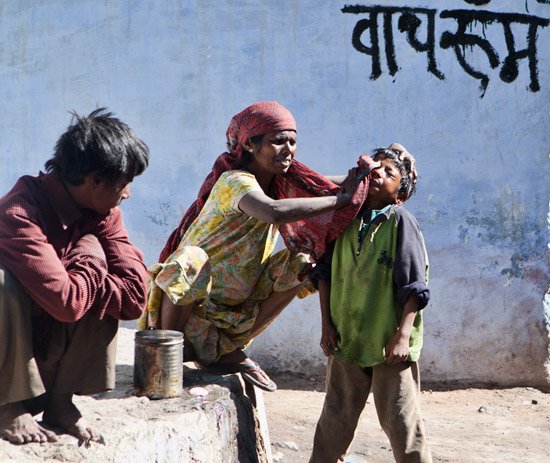 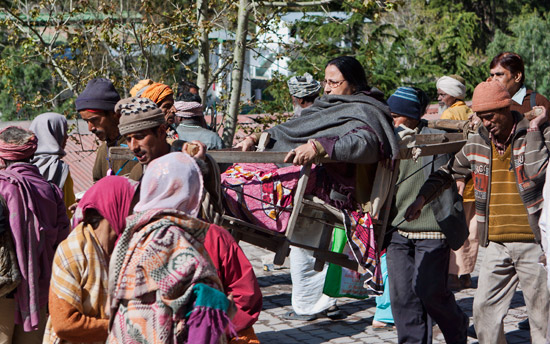 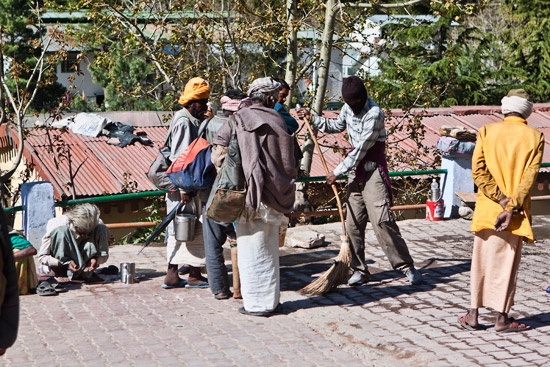 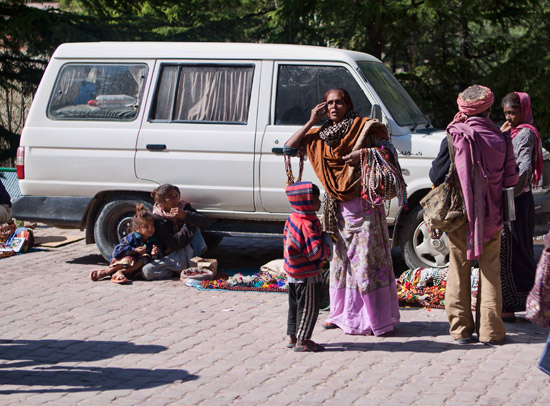 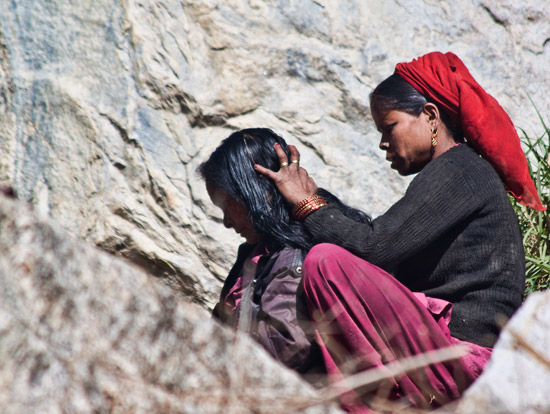 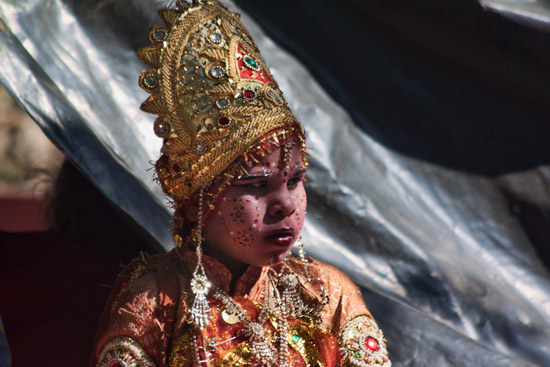 Ready for the tourist hunt 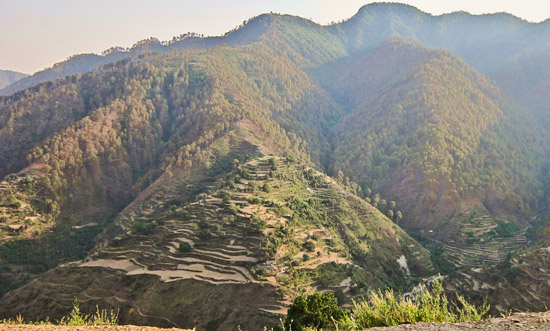 For a few kilometer the taxi did follow the road toward Risikesh but than it took a right into the mountains again. Most of the time on dirt roads we followed the winding road up and down the mountains. 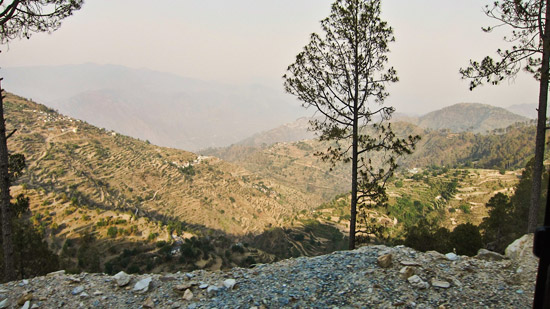 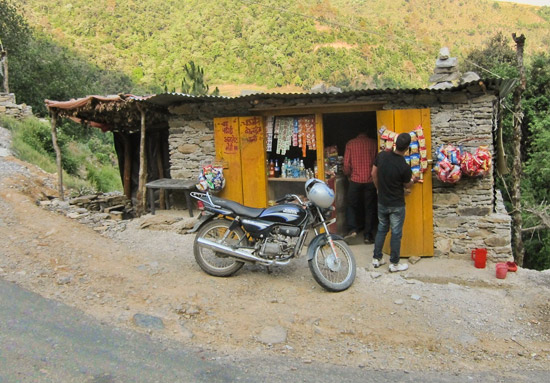 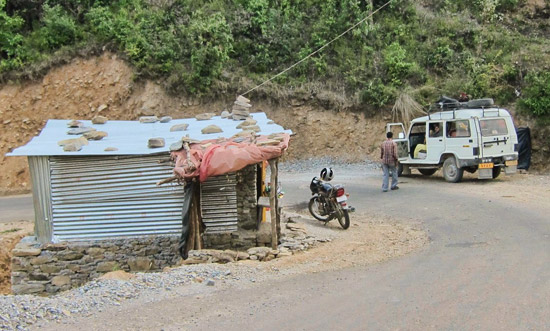 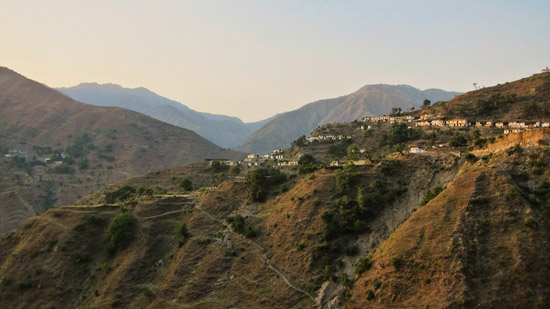 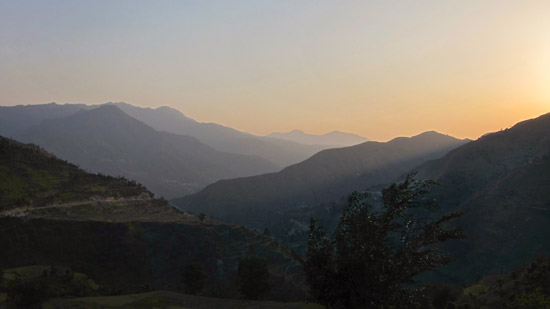 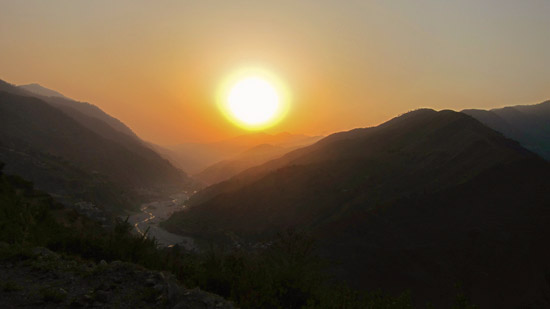 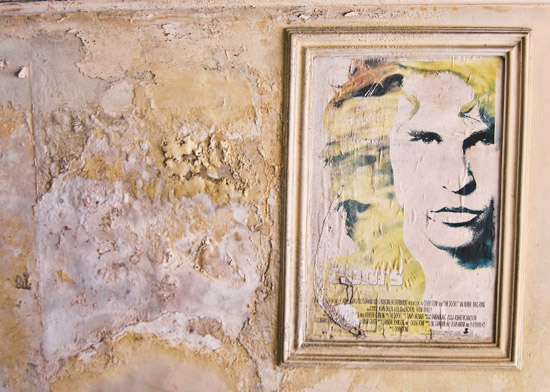