OK – today I really wanted to sleep a bit longer since this would be a day with less walking. So I told the guys not to come in my room and wake me before 8 in the morning. Who had to get something really not important at 6.30? You guess! That was my night and since I was up we had breakfast and started to walk. All the steep way that we went down yesterday – we had to go up today again. And soon enough thick fog and rain again. Why would it be better than the last two days? 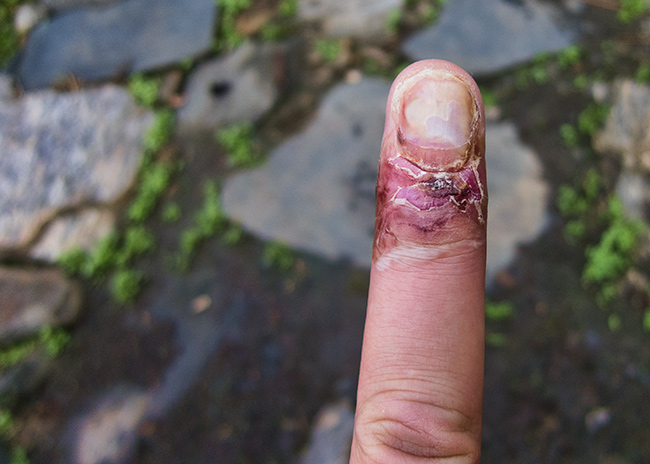 An update on the finger situation. The finger was not to happy to be in that hight! 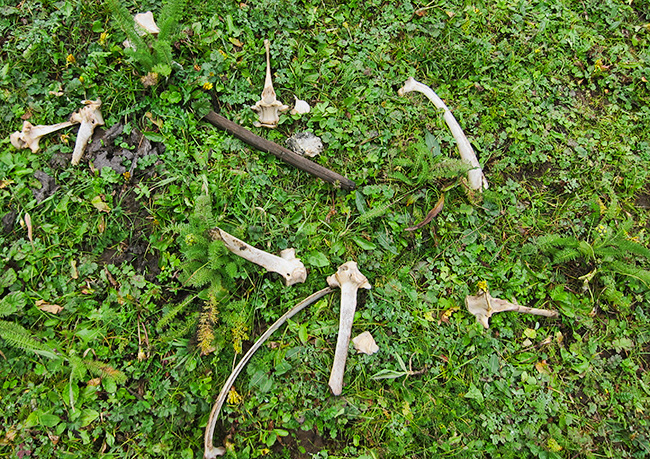 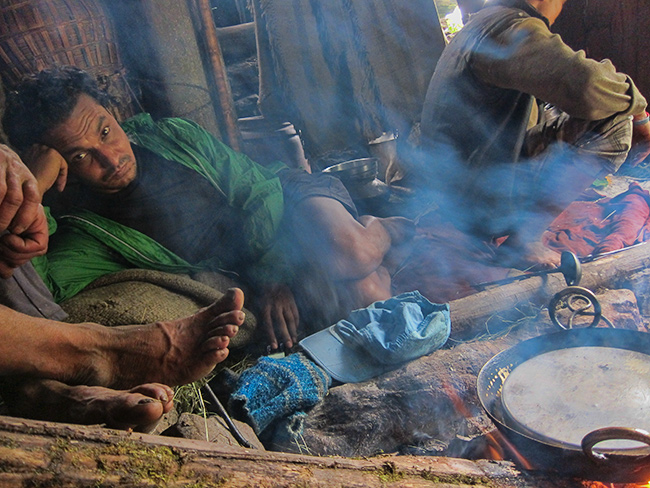 It does not matter where we passed – we were invited for tea and even food. Nice to dry a bit on the fire as well. 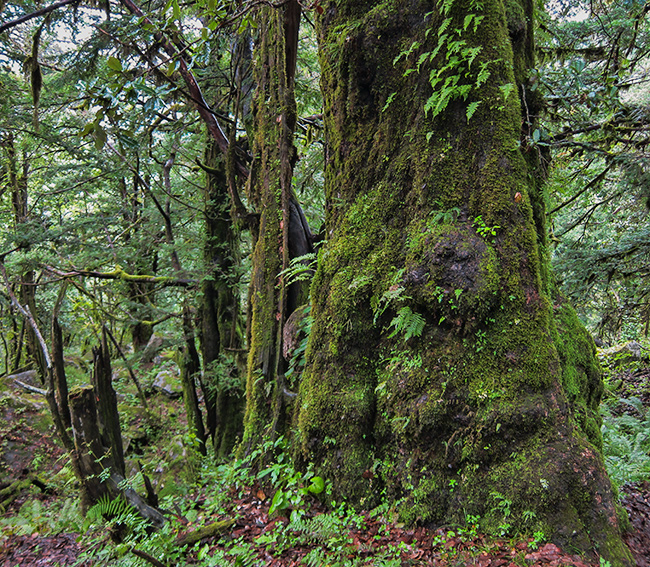 Some of the trees where really big. 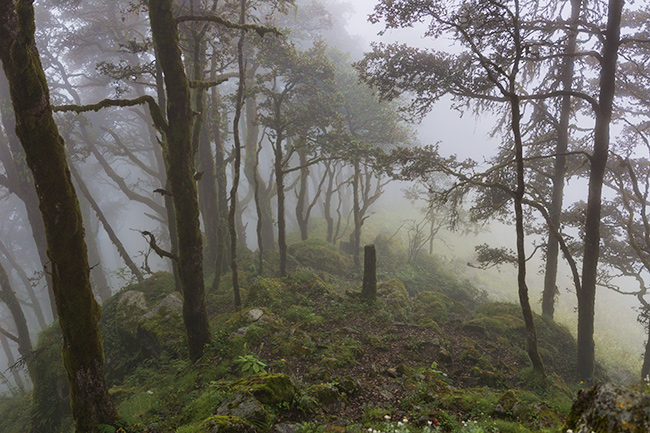 Down in to the green again 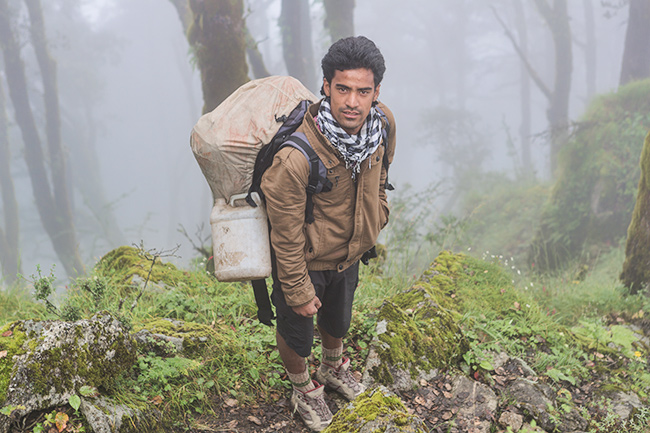 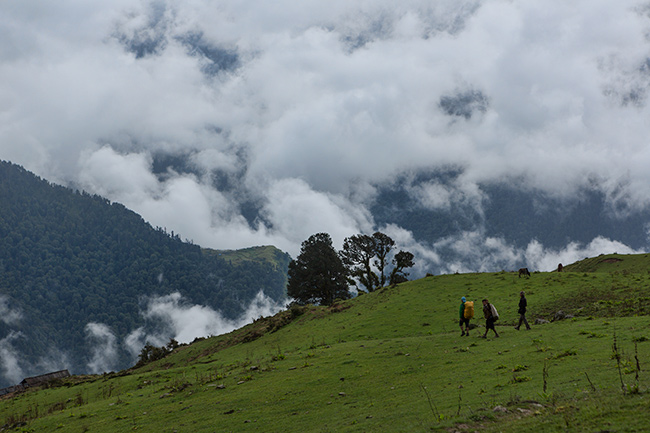 Clouds above, clouds below and to the right and left. 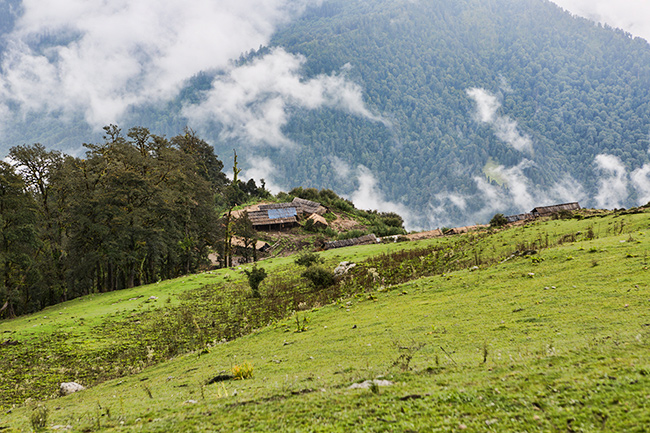 The next few houses – the next cup of tea! 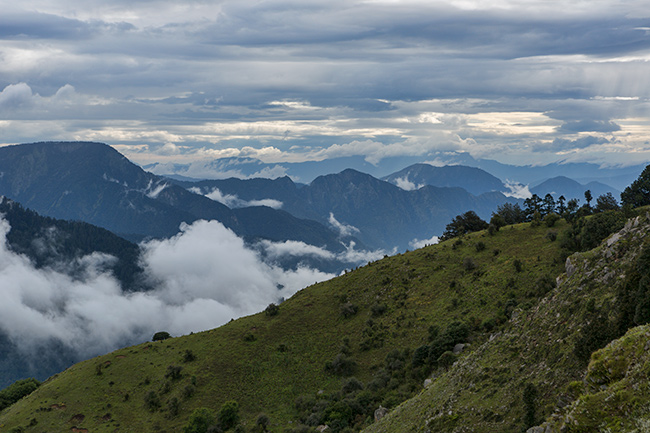 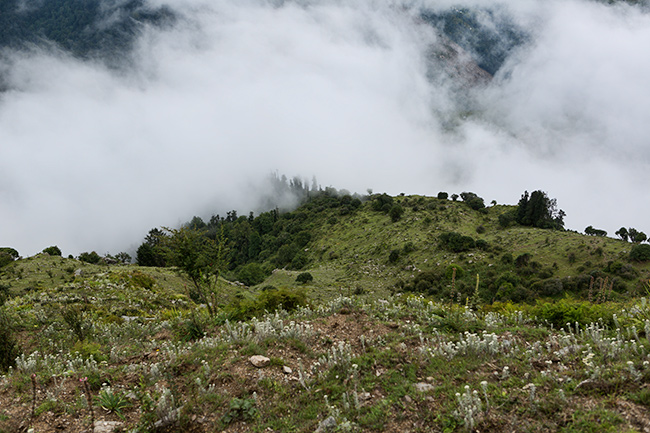 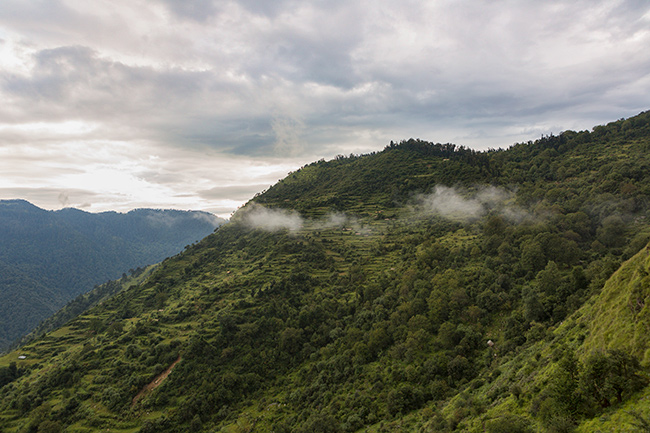 We got lower and closer to civilization again. 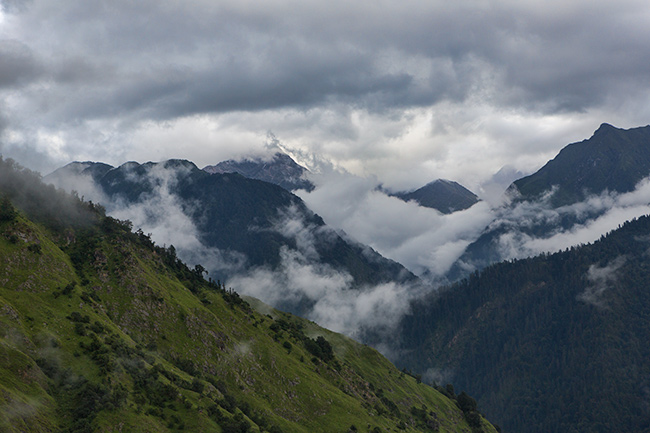 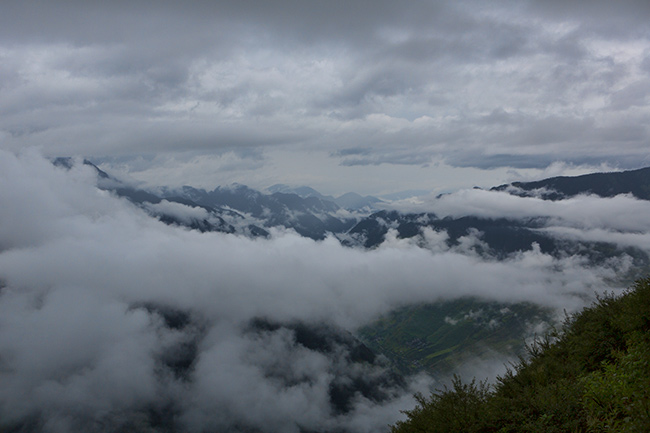 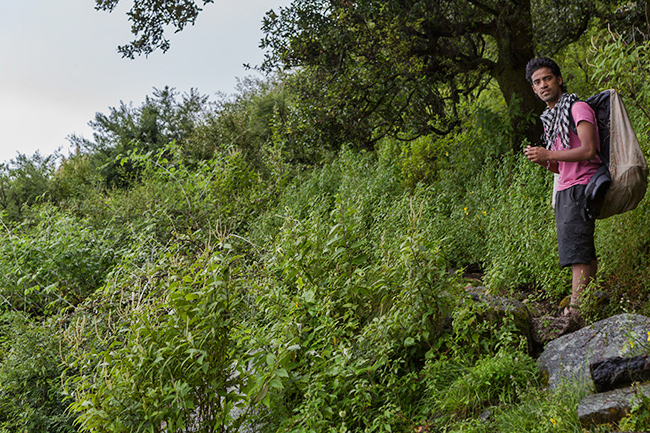 And every time when you think – now we had it with up the hill. There was another one coming out of the fog for us. Sweet! 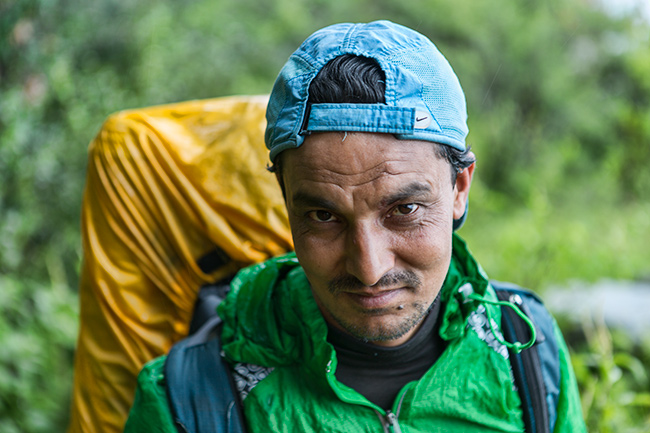 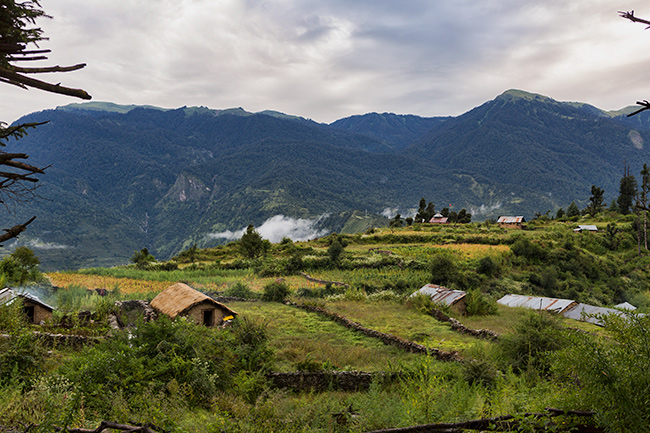 Waaah I remember – now we are close to the village. 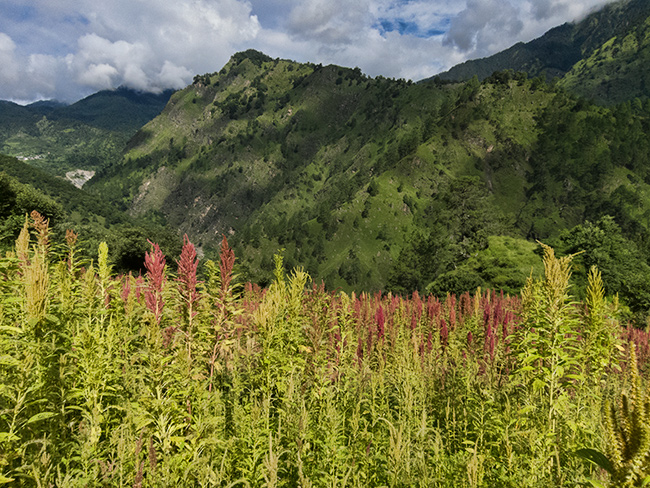 The next morning it was back towards Rishikesh again. And there was even some sun! 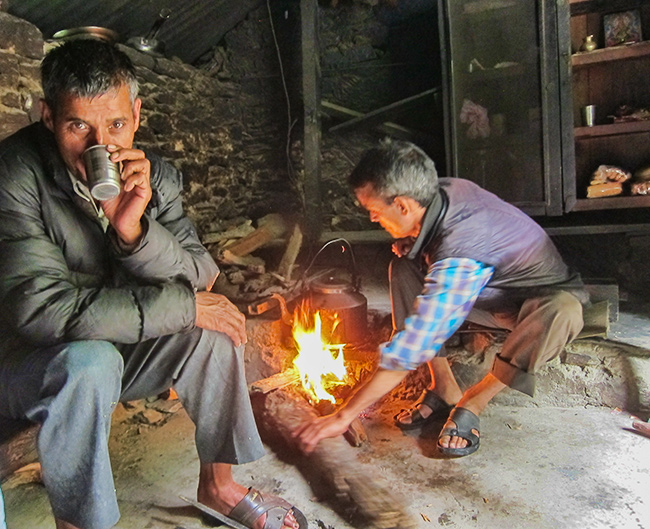 Waiting for the Jeep? Have a tea than! 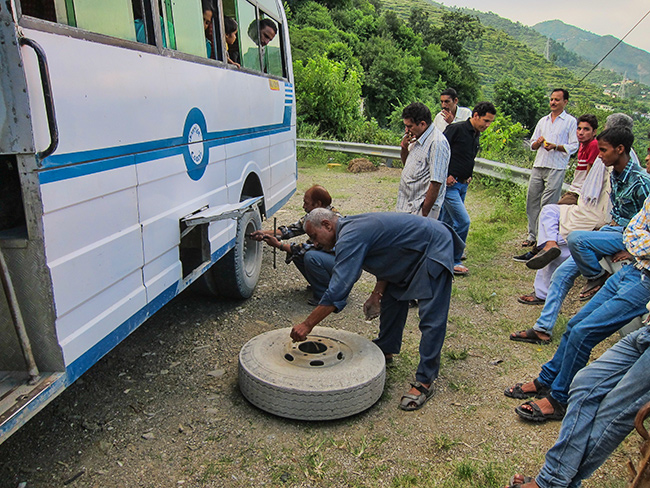 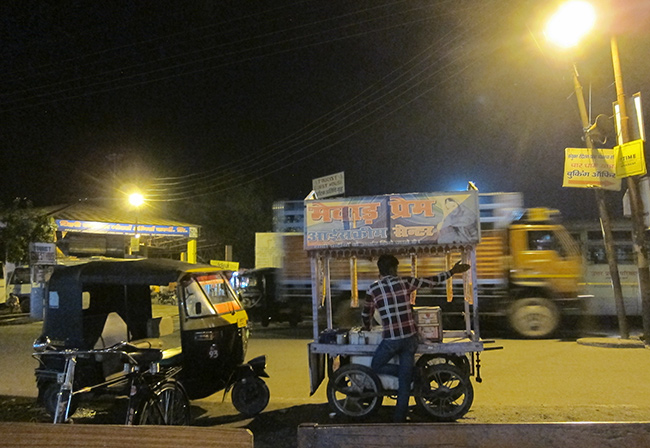 Than it took the whole day to get back to Rishikesh. I stayed across the street from the bus stand. There was a really good and cheap restaurant on the street just in front of the hotel. I had a great dinner and then my last night in sweaty India for that trip. 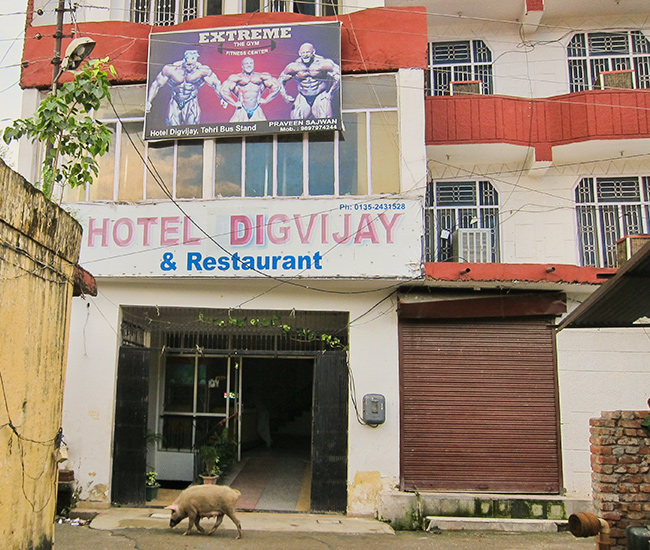 Entrance to the hotel

I went a day to early to New Delhi to meet with Sandra again. Since she did not stay at the hotel where she told me i could not find her. But of course late in the afternoon she did spot me. So we had dinner together and it was a nice end of that trip. I had an air con room since it was round 38 in the day and it did rain from time to time. Way to humid to do anything apart from last-minute shopping and nothing at all in the room. 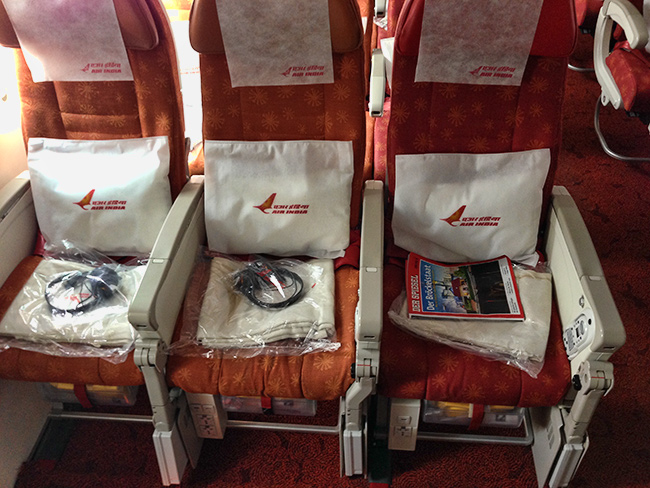 Great – I had all three seats for myself for the whole flight! That was it. Two months of summer holiday. See you again India!