Was sitting in Singapore a few days to long. But I could help Delphine a bit with her new apartment so everything good. Since I had an appointment in Bangkok at the 26th it was time to move. And there where other people waiting on the way up as well. Thank you very much Delphine for the couch and hospitality! A quick online check and I found a good company to bring me over the border and up to Kuala Lumpur. 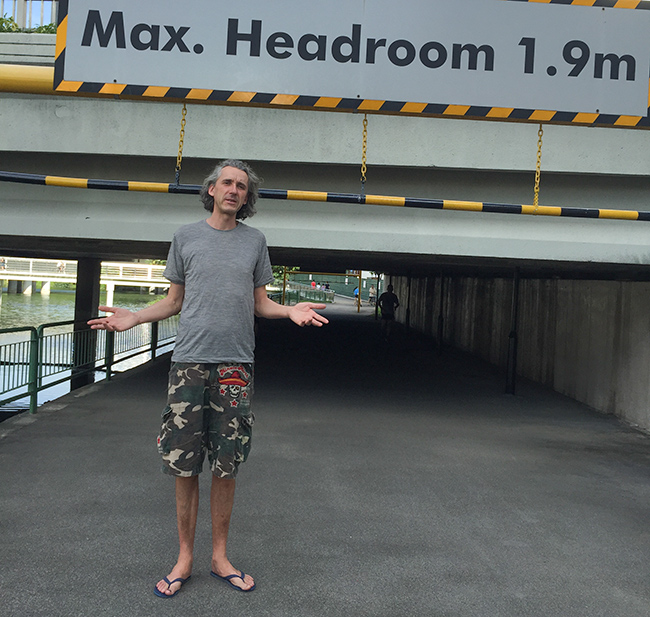 Made for small people 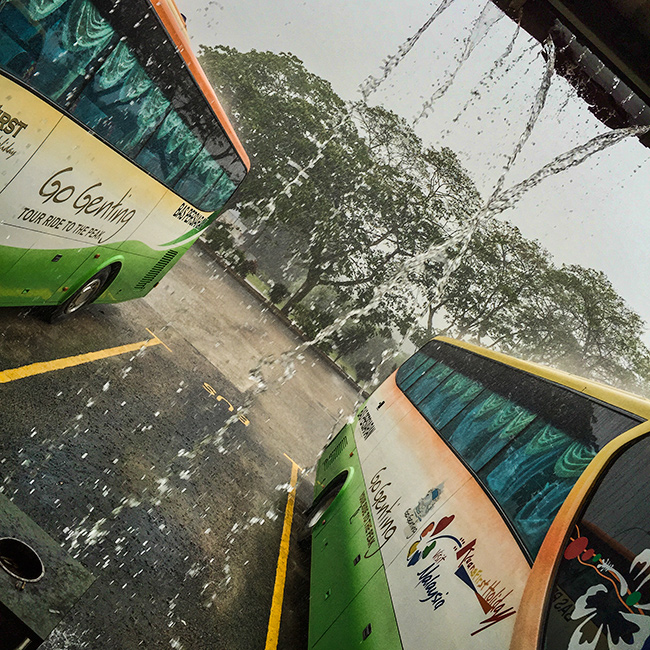 Could not really complain about my bus company. Took the public transport bus to a small mall somewhere in Singapore and they had a nice office to wait. Than a nice girl took me to the bus. Turned out that there where only 2 more passengers on that one. As soon as we where in Malaysia we even had WiFi. What else to ask for?
Somehow the sky opened and closed from time to time – and when it rains it pours!
The driver did not bring me downtown Kuala Lumpur after he asked me where to go. The plan was to meet Gabe at Bangsar LRT station so he dropped me somewhere out-of-town at a LRT station. The train was faster than the bus at rush hour and I was able to be at the station in time. We went for Roti and it was good! 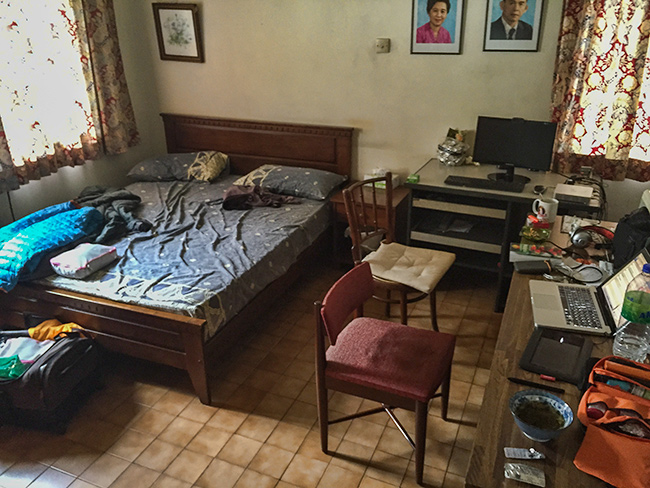 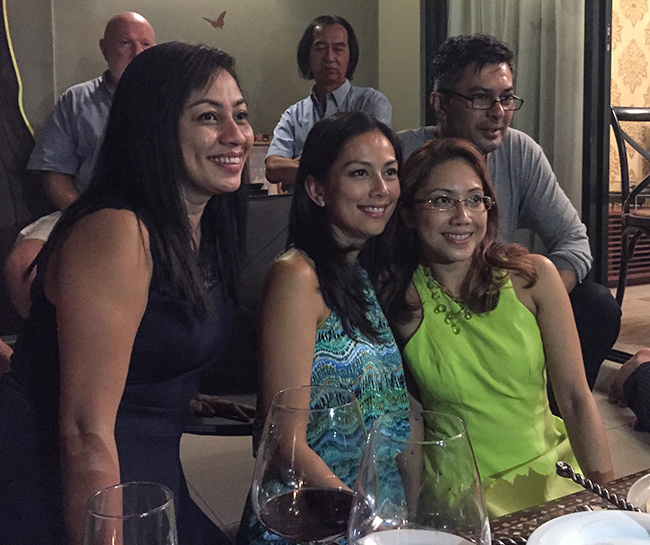 We went to a birthday party and there was Red and lots of pretty girls – win! 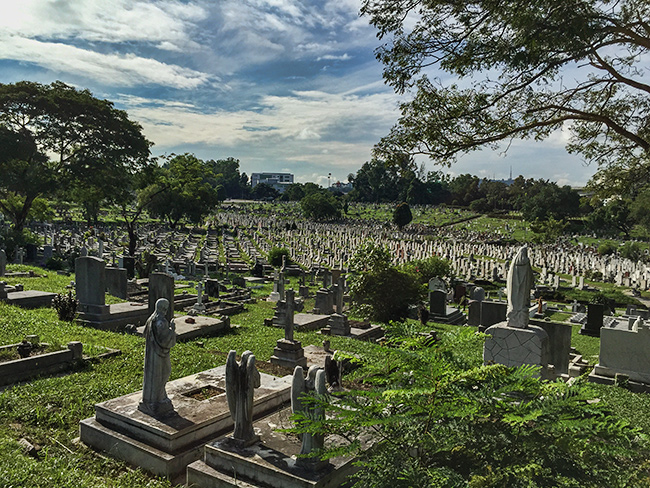 Gabes father is almost 98 but works every day. And Sunday it is off to church in the morning. He asked me if I want to come and since I sleep under his roof I went. Out of bed at 8 – shower, coffee and a bit later we where in the car – direction downtown. The last Catholic mass I attended was – hmmmm – I know it was in Kreuzthal and I was quite small – ages! The priest was old and I could not understand a word. The girls on the side used the same PA and I could understand them.
After mass we went to the graveyard to look after the grave of Gabe’s mother. 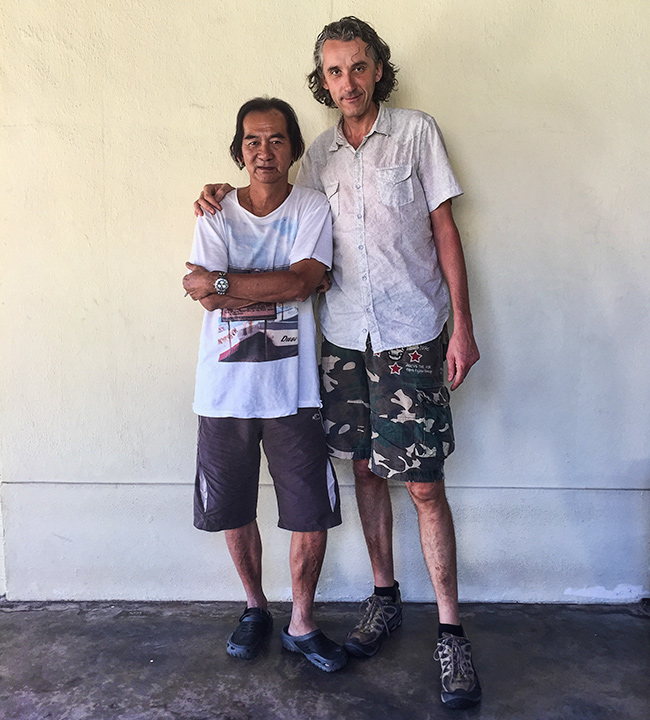 And after a week it was time to say Adios Amigo! Thanks Gabe Man! 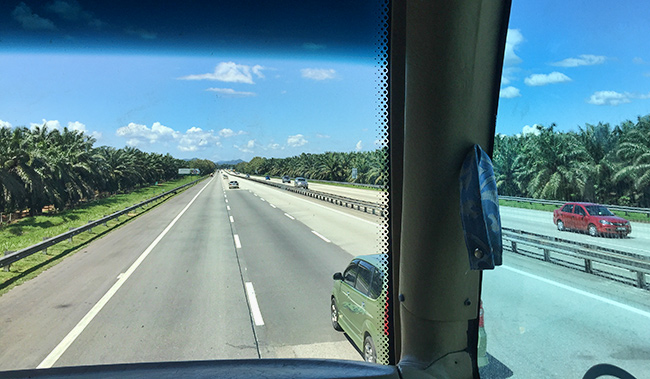 I did want a certain bus company but somehow they managed to put me in this bus. Had the front seat – smooth ride and a good view. 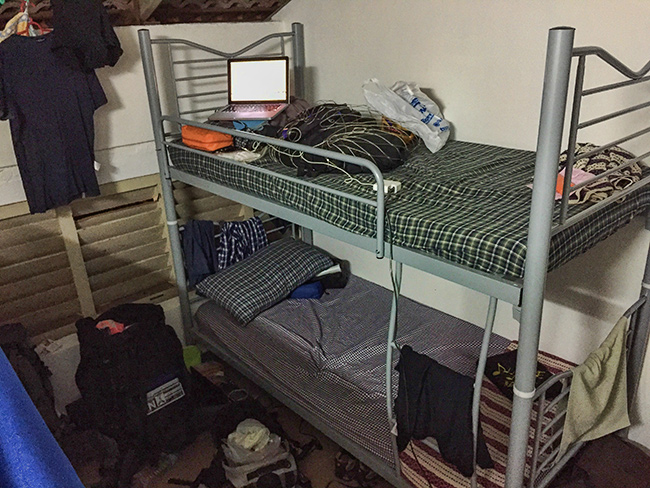 My hostel bed in Georgetown. 3,40 € a night with WiFi. I know – usually I do not go to hostels and I would not have here as well. The ferry got into Georgetown about 19:00, another 15 minutes with the bags to walk towards Love Lane area. At this time in the evening you find no cheap room in high season nowhere in a tourist hot spot in SEA. So i was super happy to get the last bed :-) 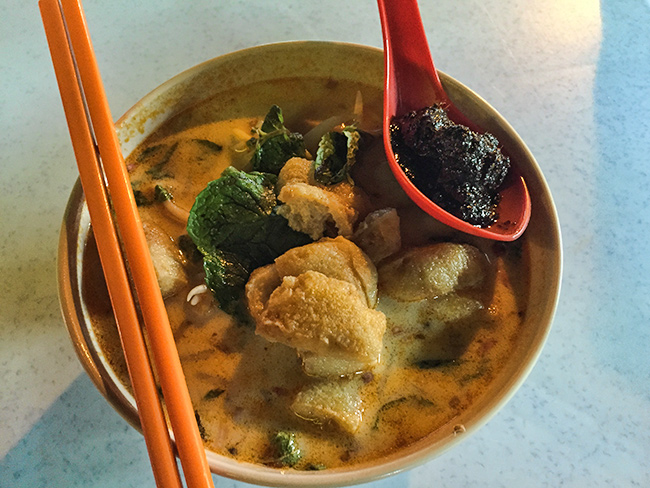 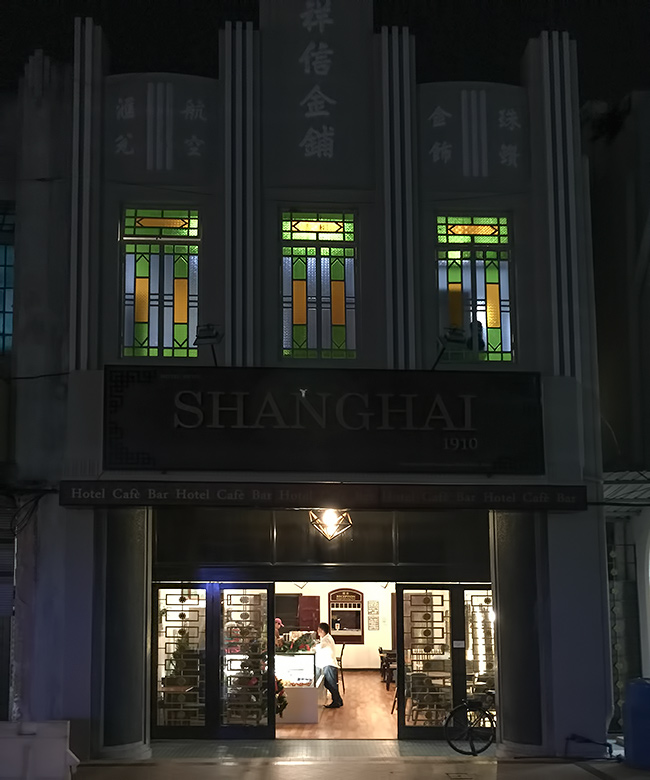 The Shanghai in the night – naaah – this is not my hotel! 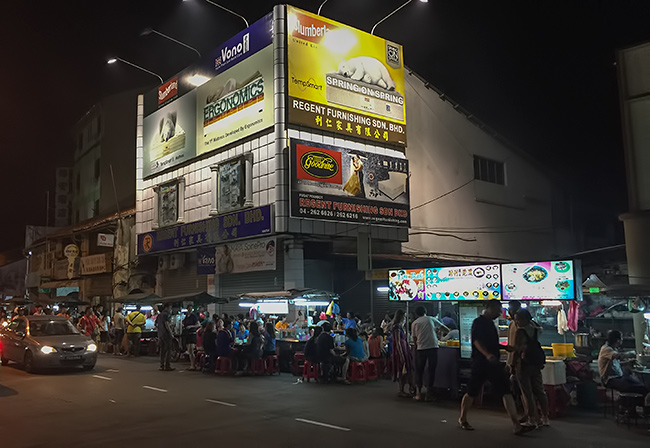 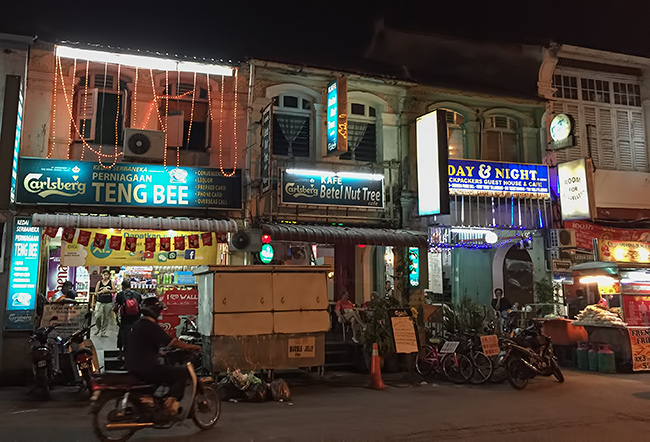 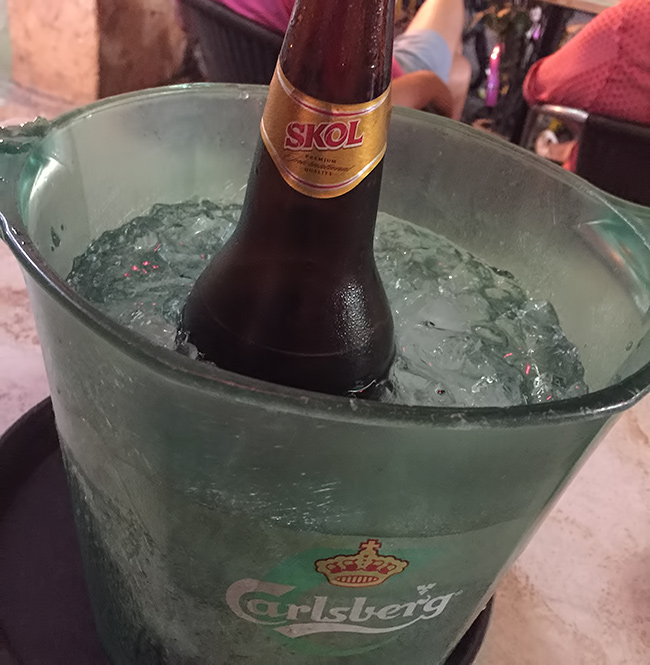 Now that IS an ice cold beer!!