Part two of our Road Trip from Srinagar to Kargil and finally to Padum from where we started to trek to Phutkal or Phugtal Monastery. The last post did end with a Yak baby so I start that one with another picture from the same Yak baby. 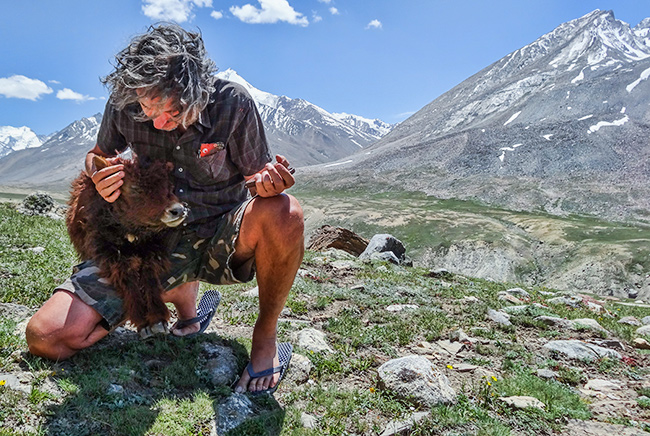 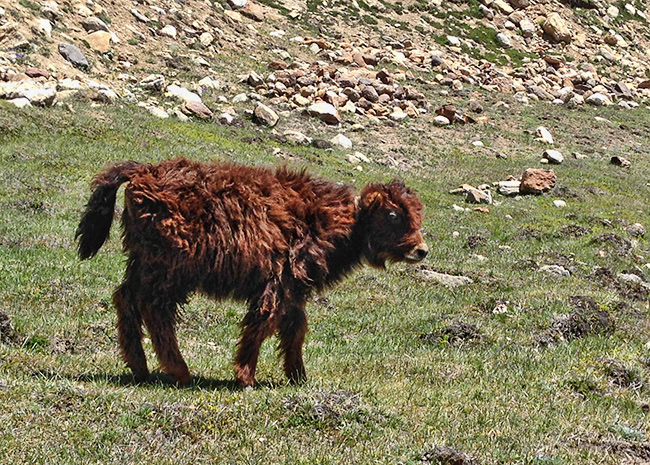 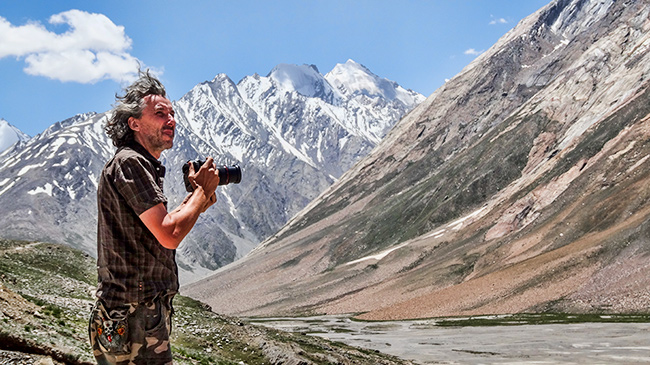 Where is the next frame? 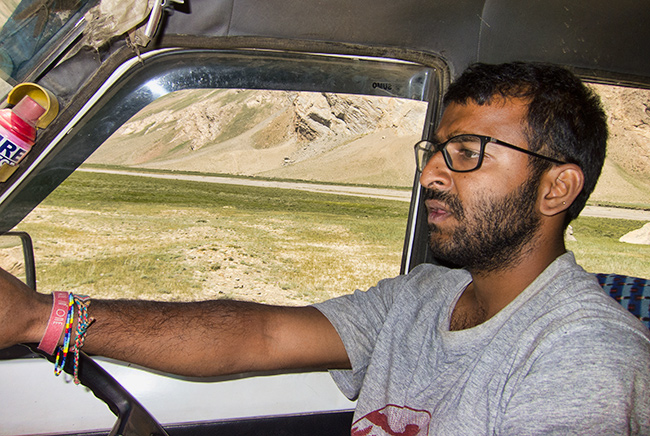 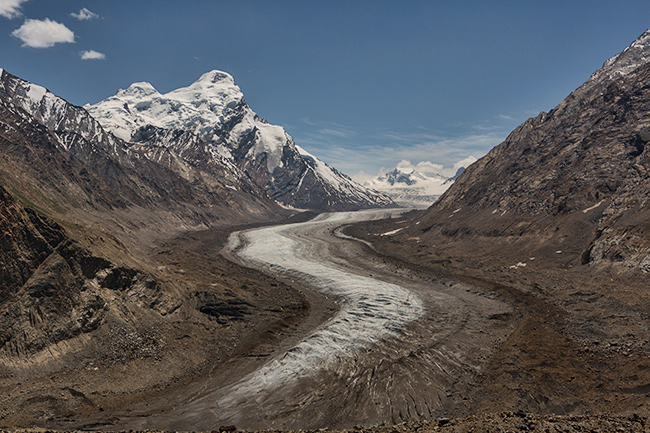 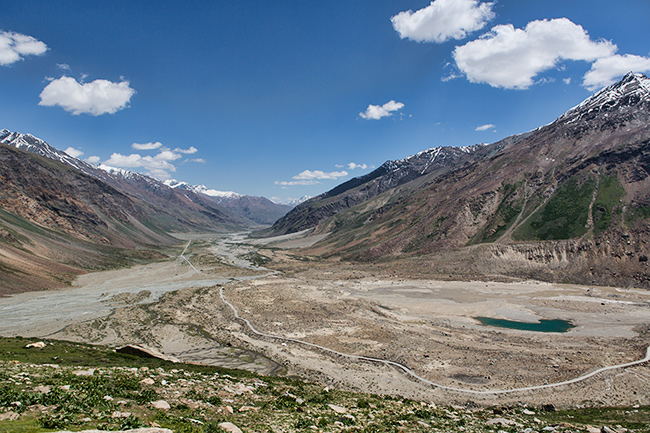 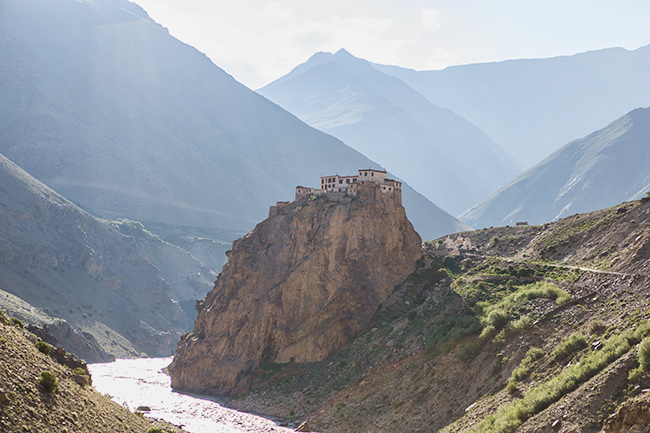 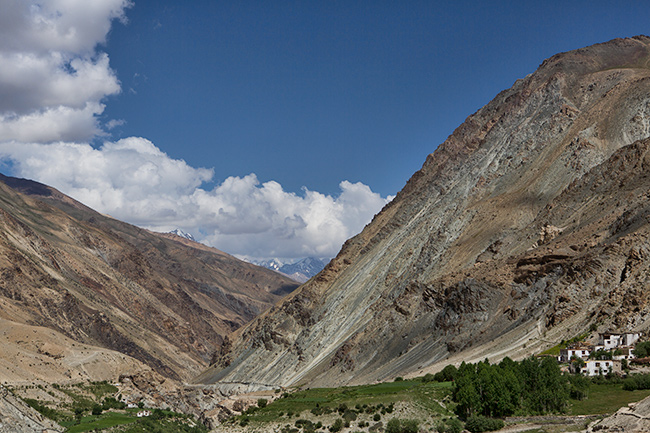 Went to a Guesthouse and scored the room of the two daughters. Their rooms had only 2 beds and we were 5 people so it was the only one for us. The nice decoration on the walls and a night later we were off to Phuktal. 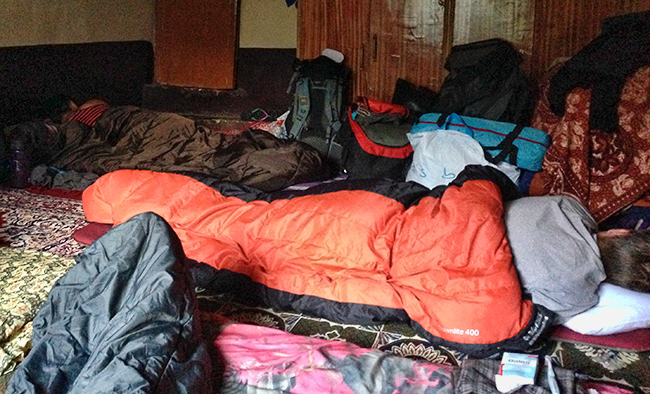 The gang in the early morning – sleeping sound and save. 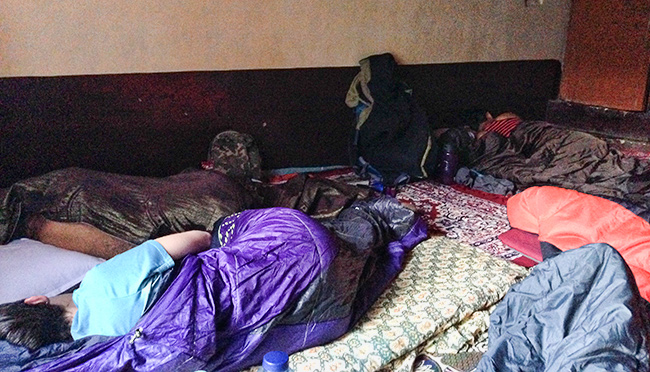 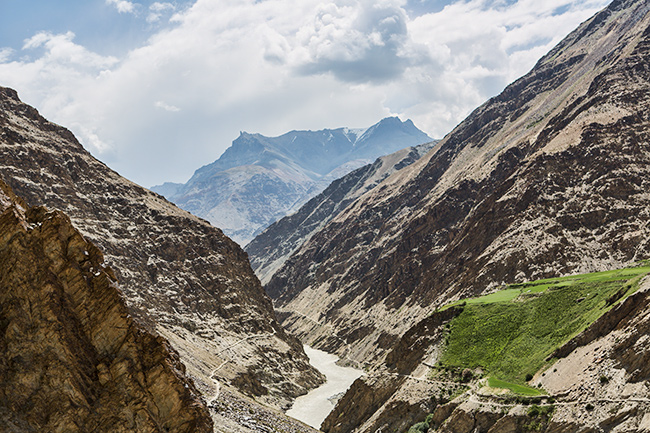 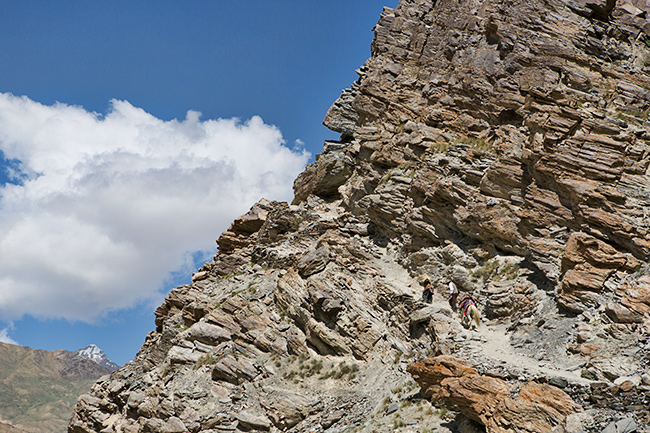 We did take the path on the left side of the river. Most of the supplies do reach the monastery on horses 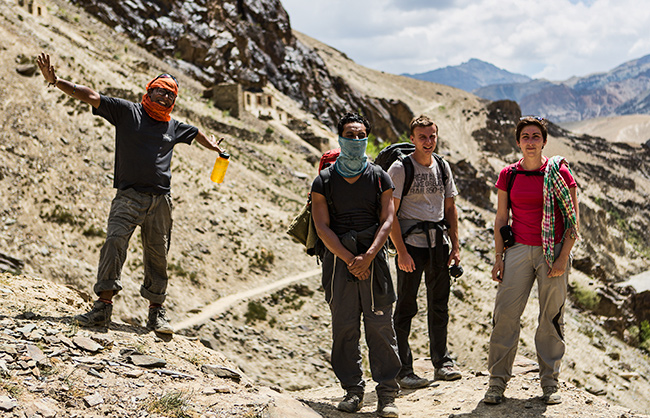 My team – Jutin called Frodo, The Professional – hiding behind his dust cover, Miky from Poland and Helena from Spain 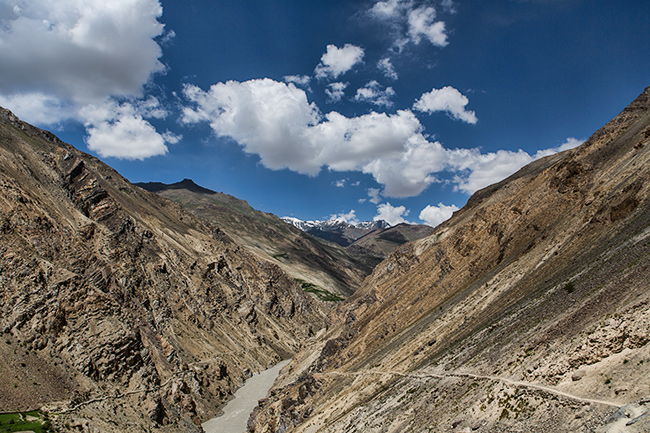 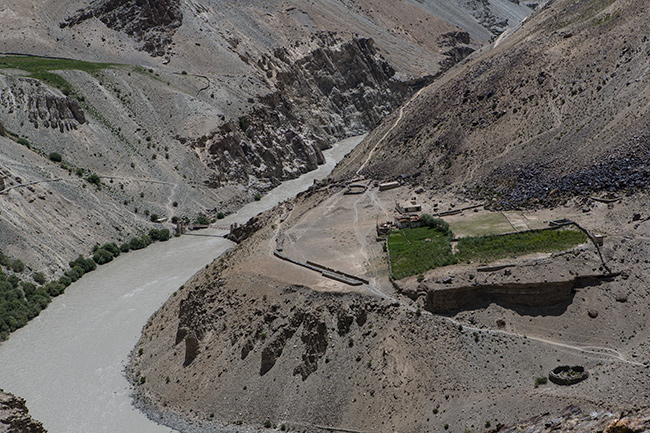 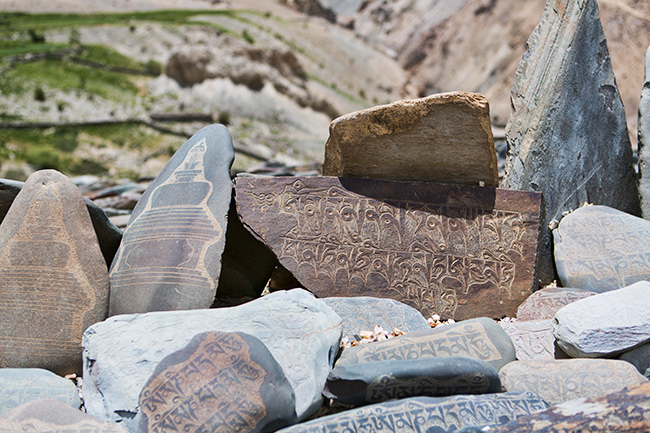 One of the many prayer walls we passed that day 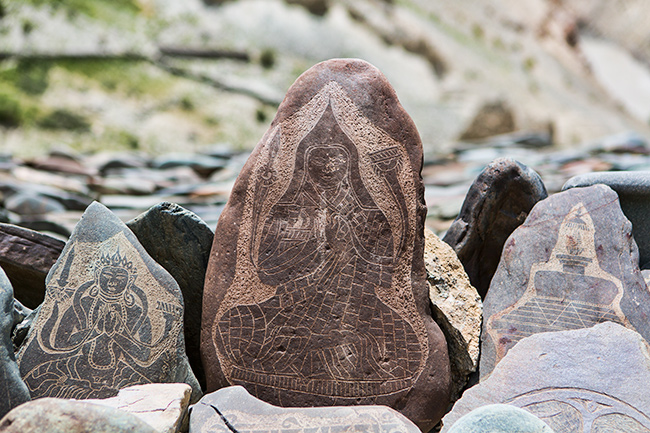 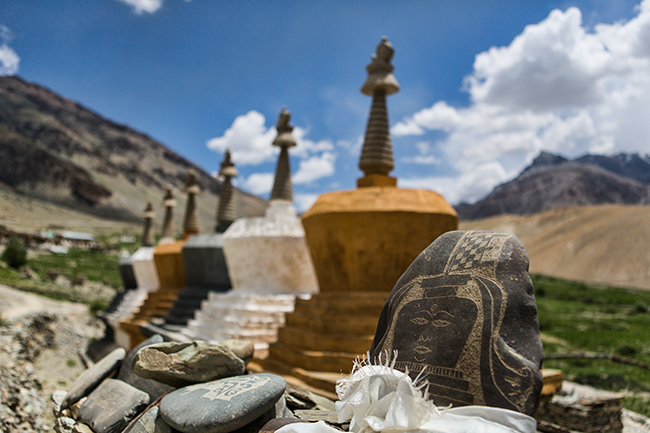 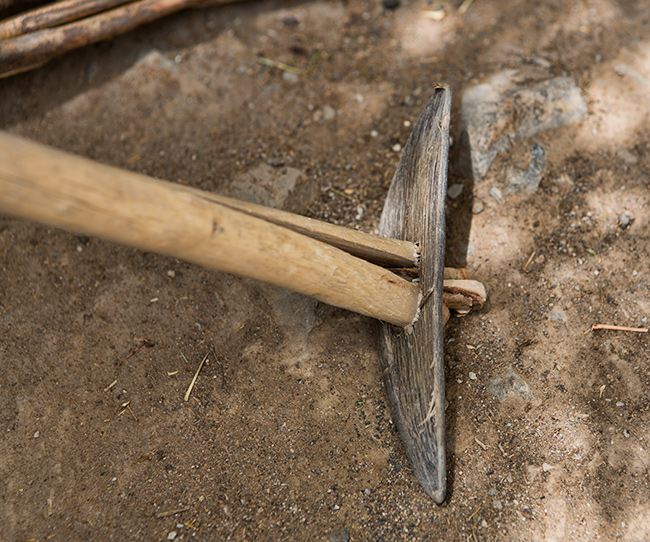 Stopped at a village for a tea. Did find this tool in a corner. 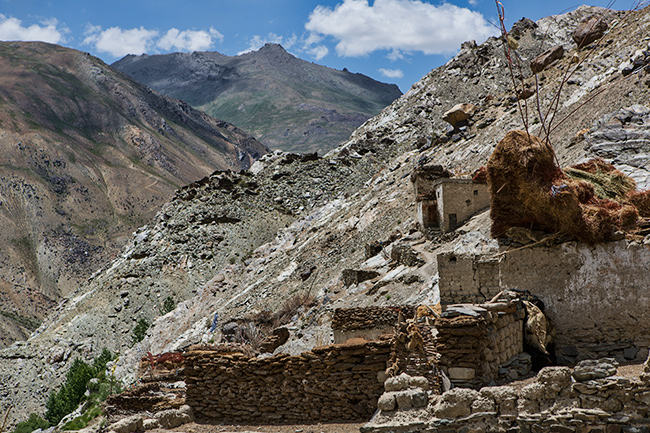 They do collect wood for winter and use the dried dung to cook. 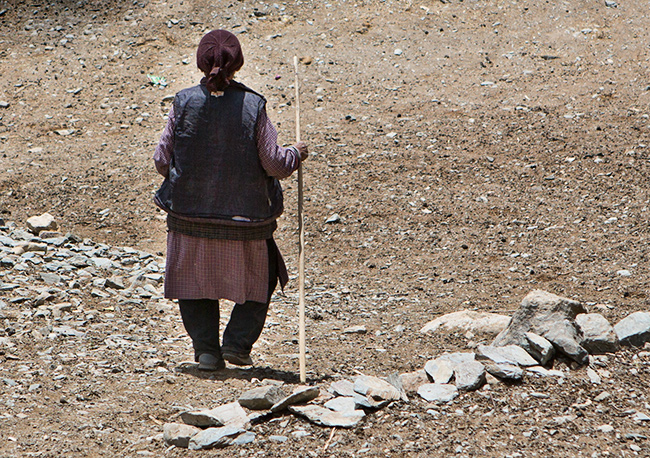 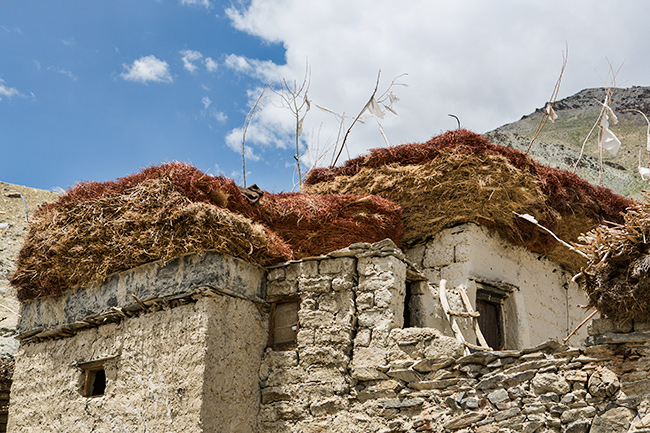 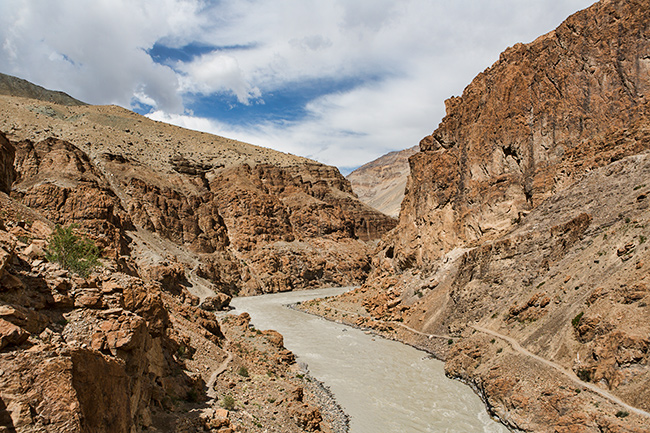 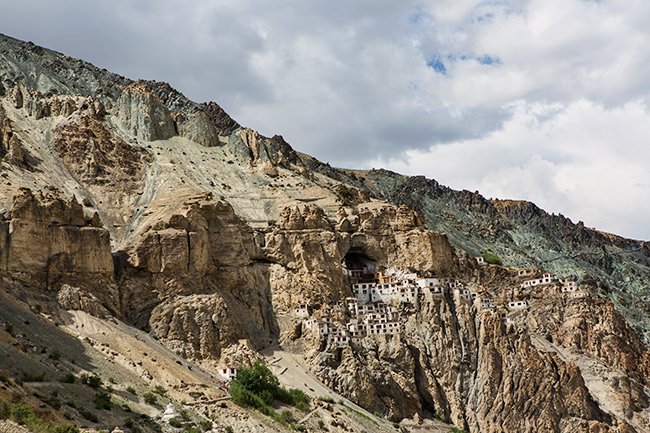 Phuktal Gompa is one of the most isolated monasteries in Zanskar. The monastery was built in the 12th century. The name Phutkal means a cave in the local language. 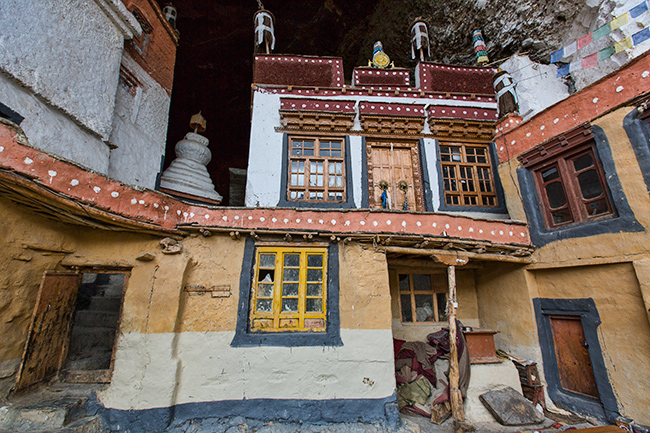 The main prayer hall on the top right of the picture. There is a smaller one on top of it but you can not see it on that picture. 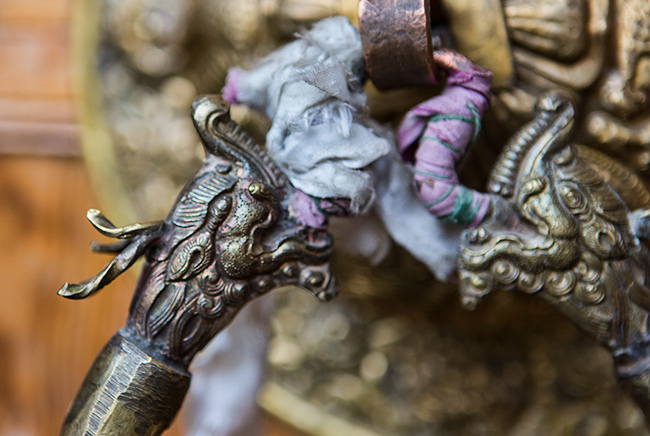 Detail of the door 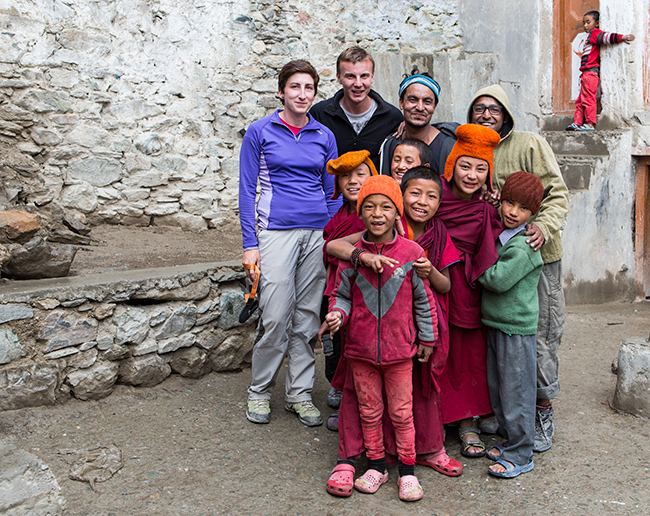 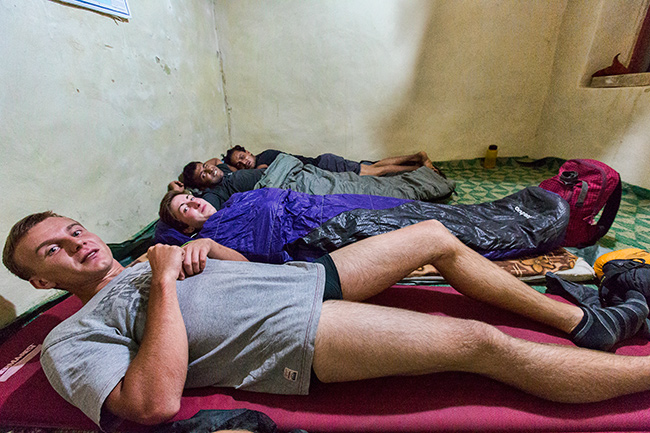 Thanks to French director Marianne Chaud and his documentary on the life of monks in Phuktal Monastery the hostel was full of french people.
So we went to the school under the monastery. The head monk did give us a classroom which was quite expensive and full of bugs. Since there was no water and I was all sweaty from the walk in the hot sun it was a terrible night. Bugs all over me and too hot in the sleeping bag so I could only use it as a blanket. And we could not open the door or the window as the porch was full of bugs of all sizes and big spiders. There were no mattresses on the floor – only a dirty carpet. When we came back from dinner the monk came again to the room to chat. I gave him a dental floss stick and we did explain how to work that thing. Voila – instant karma – 2 mattresses for us out of nowhere. So, at last, the night was a bit more comfortable. Still – a night to remember!