I have no idea why people get up in the middle of night when trekking??? When I did the Annapurna circle it was December and quite cold in the night. So some of this crazy idiots got up even when it was still dark and started to walk when there was no sun nowhere. I did sleep till I woke up and then I had breakfast – watching the crazy ones walk past the guesthouse. Thick jackets and still it was to cold. I was waiting for the sun to come out and then it was trekking in the T-Shirt only. So sure enough the guy’s where up at the break of dawn. And sure enough they made sure I wake up as well. Tea Sir! Grrrr!
It was raining and the clouds where even below us. But Anil was a hundred percent sure that it would be a good day and the rain would stop. So we did pack and after break fast we started to climb higher up into the woods. 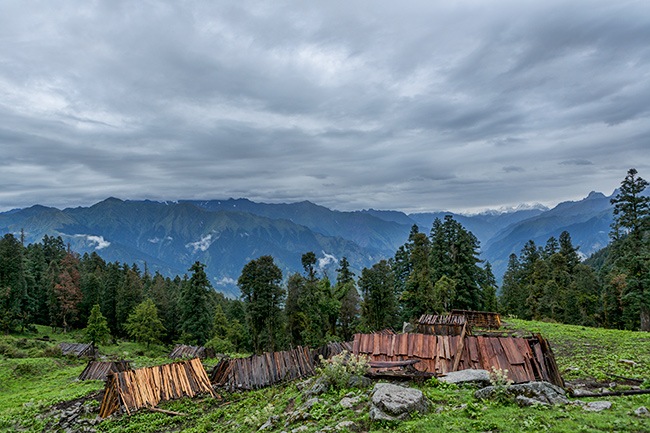 View over our camp in the morning. 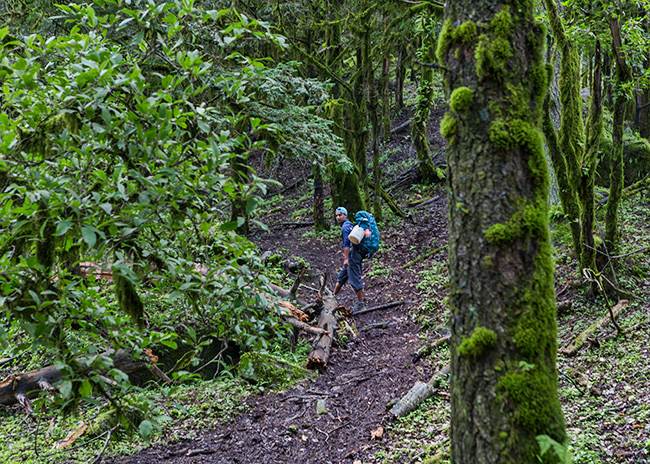 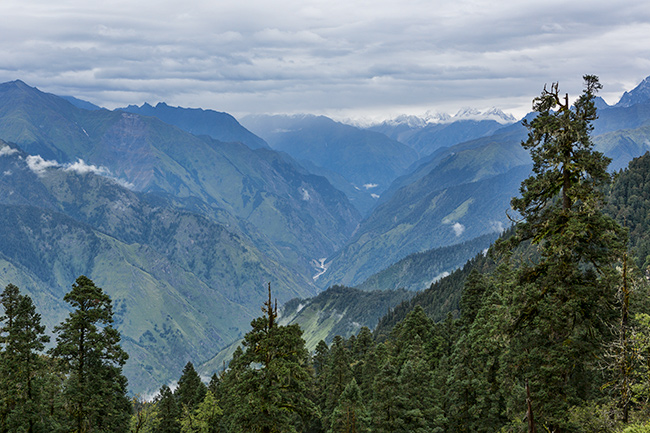 You can imagine the view of the snow peaks behind the clouds. That was what I had to do most of the day since the clouds did stay put. 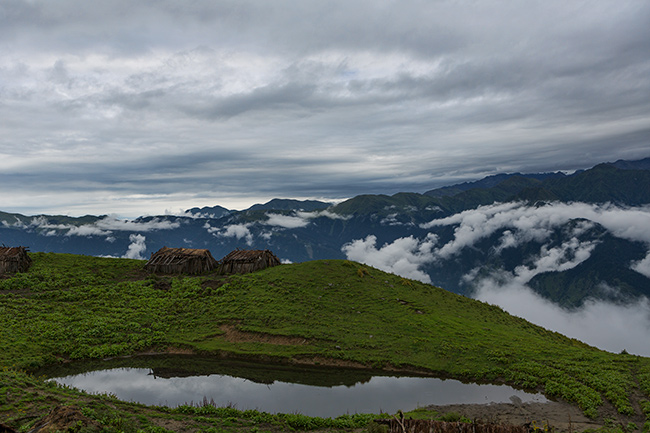 Another camp with a small lake a bit higher than ours from last night. 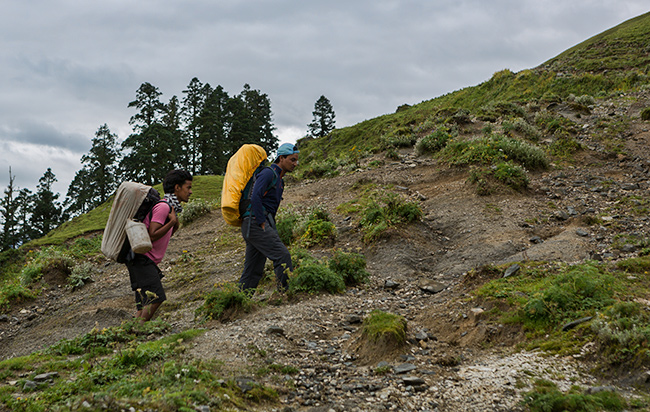 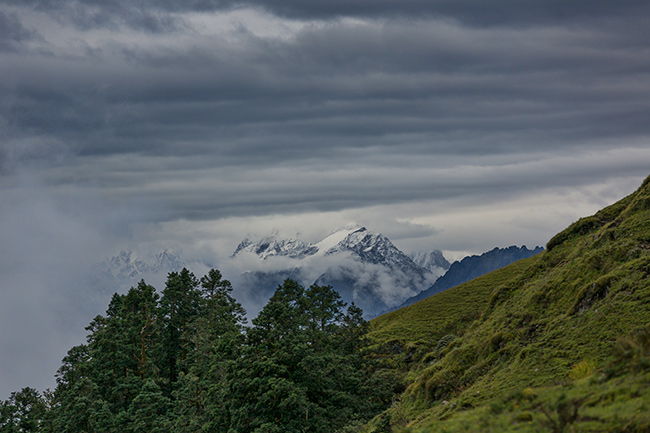 One of the rare views of a snow-capped peak below. 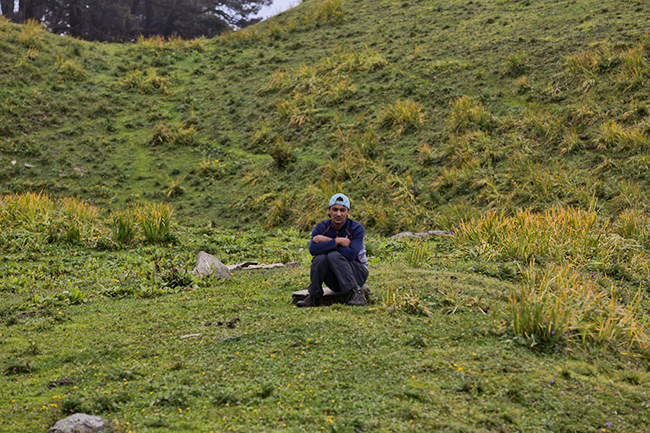 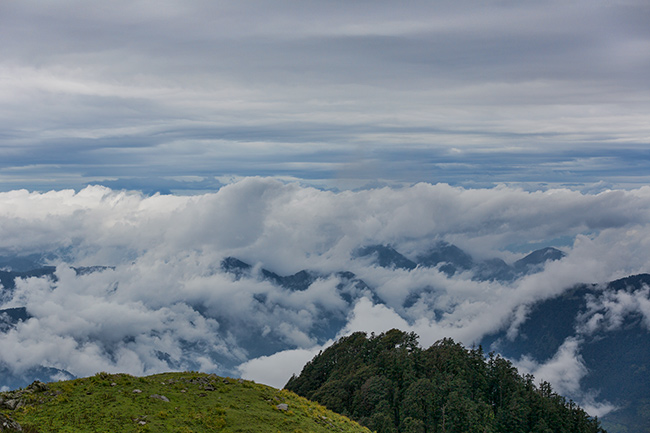 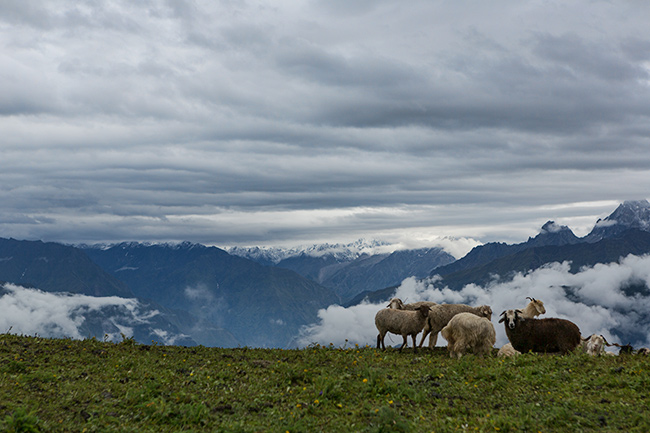 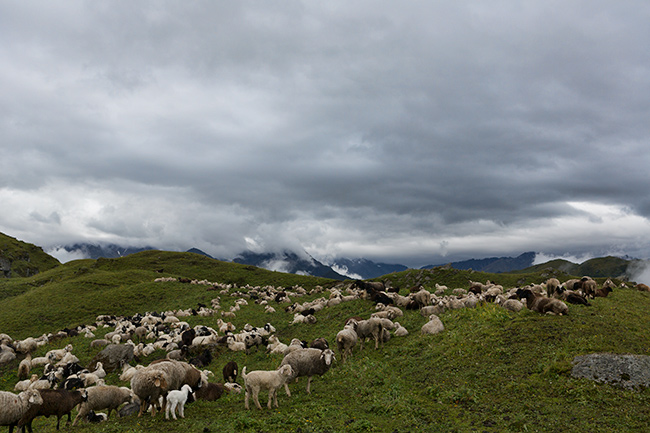 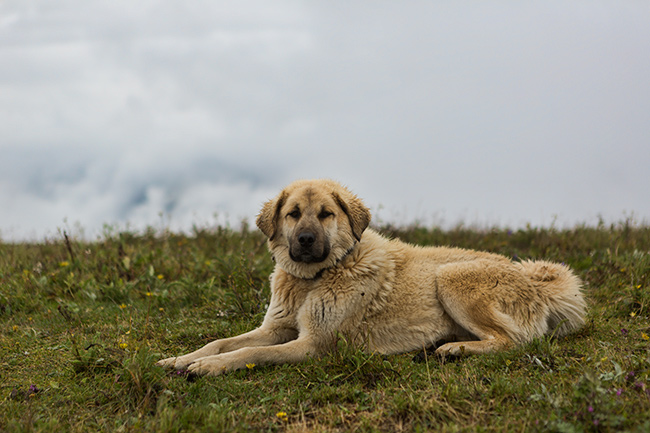 Behind the dog you can see the best view-point of the whole trek! High and beautiful snow-capped peaks till the end of the world. But not today! I think the view was about 50-80 meters at best. Most of the time it did rain and than thick fog came in. We passed a part of the forest with lots of nice black monkeys. But they rather went when we where close enough for a picture. Than we got lost in the fog a few times in step forest. I did not really like that part too much. Imagine – the ground is covered with 50-70 cm high plants so you can not see where you step. Wet wood, stones or other obstacles. Than down, wrong way – up again – wrong way – than left – hmmm – let’s try here. Visibility about 10-40 meters – changing all the time. And it keep raining. After quite some time we did meet some sheepherders that did point us in the right direction. Quite an interesting day with another steep descent down to a village for the night.

Over the Rohtang Pass towards Spiti Valley