The old Public Library opened in 1897 and is one of the Landmark buildings of the City. The central library building was converted in 1977 to an arts and culture center. In 1991 the new library opened across the Loop.

The Chicago Cultural Center is home to the world’s largest Tiffany stained-glass dome and a Healy and Millet stained glass dome. The nation’s first free municipal cultural center is one of the city’s most popular attractions and is considered one of the most comprehensive arts showcases in the United States. Still it was quite empty the two times I was there and on top of it – there is free WiFi.
If you ever make it to Chicago – stop there as well!

For details check out the Wikipedia page or the official City of Chicago site. 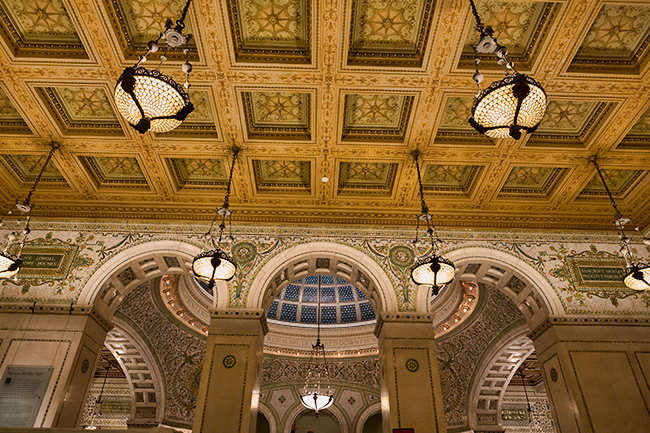 View from the Grand Staircase into Preston Bradley Hall with the Tiffany dome. 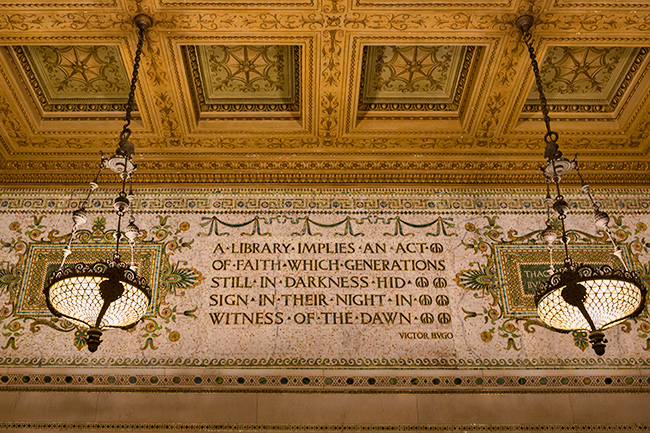 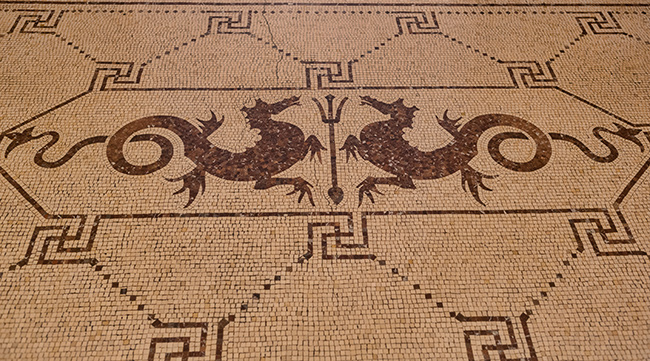 So many details – everywhere 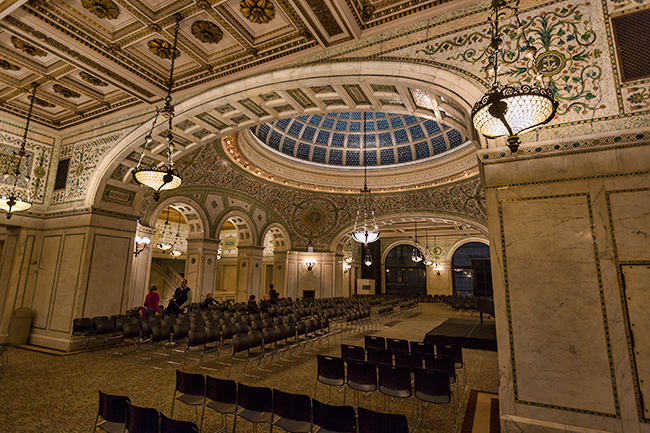 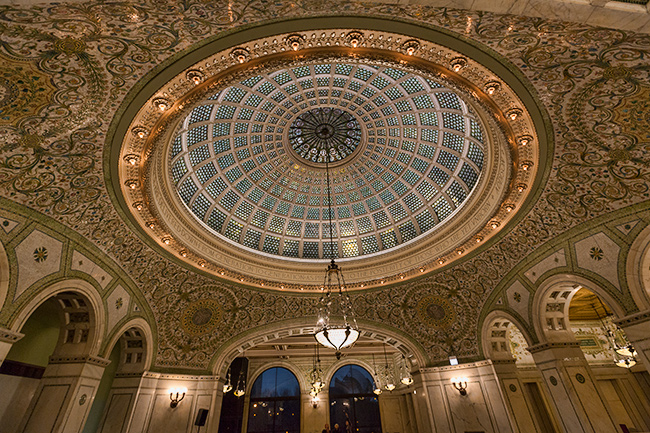 The Tiffany dome with the windows towards the lake in the back. 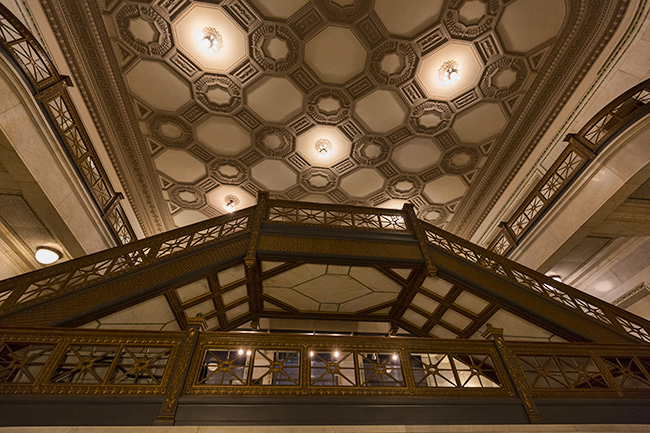 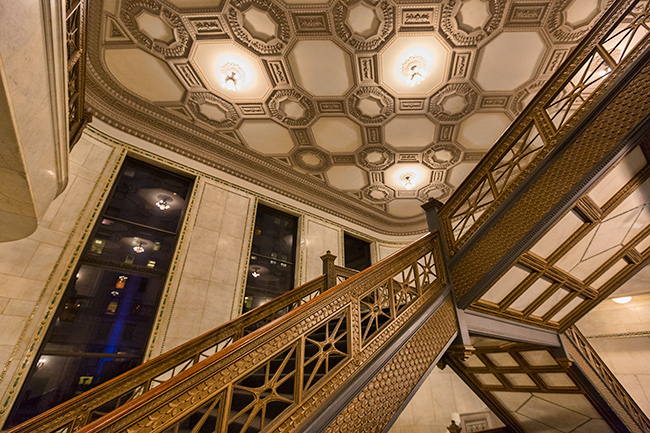 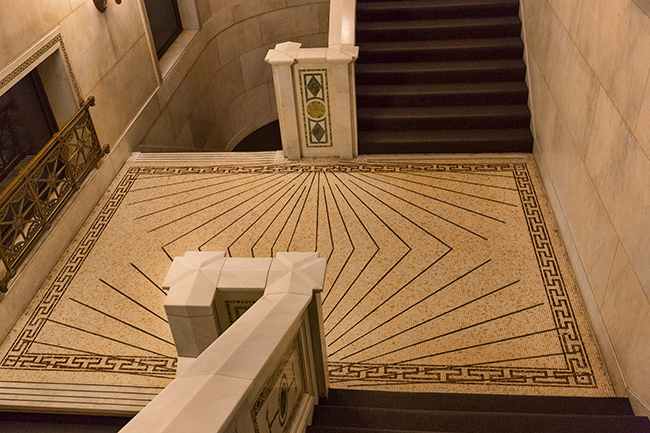 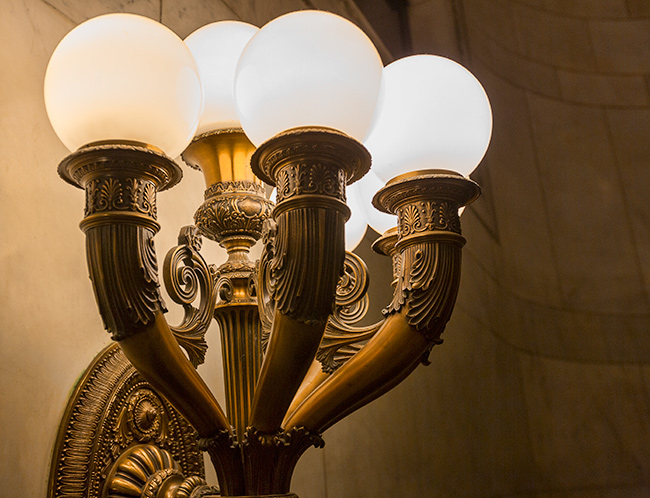 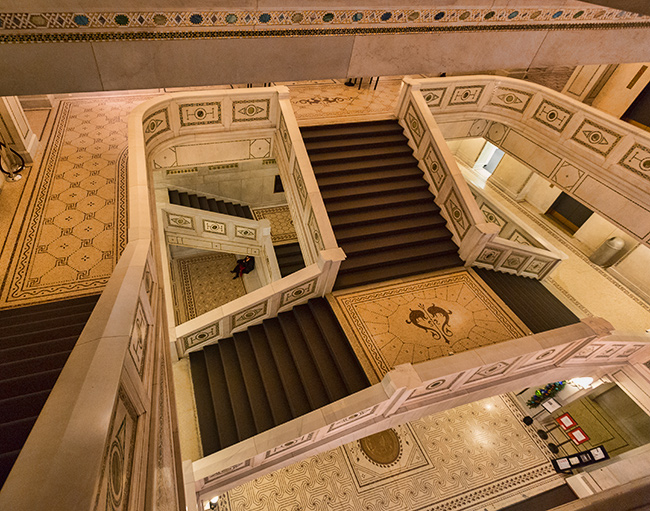 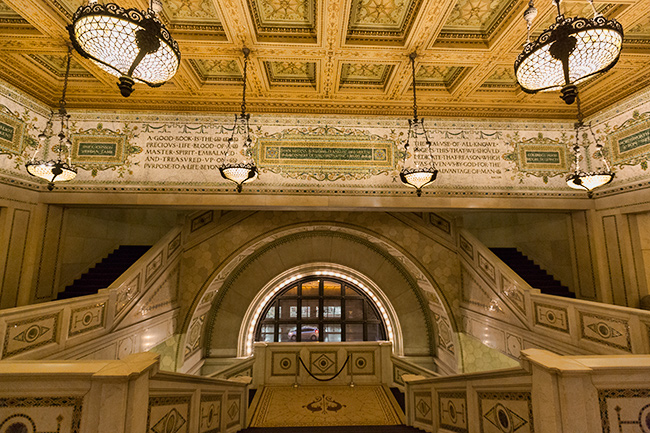 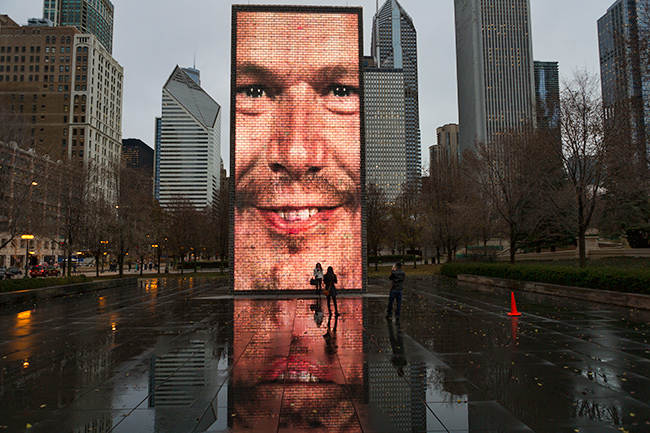 The Crown Fountain is only a few steps away from the cultural centre. 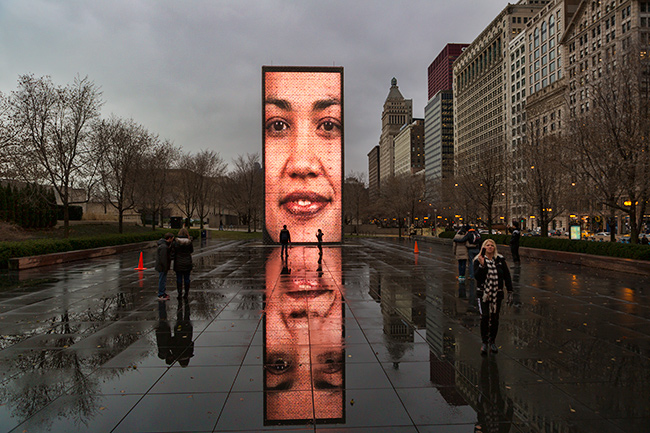 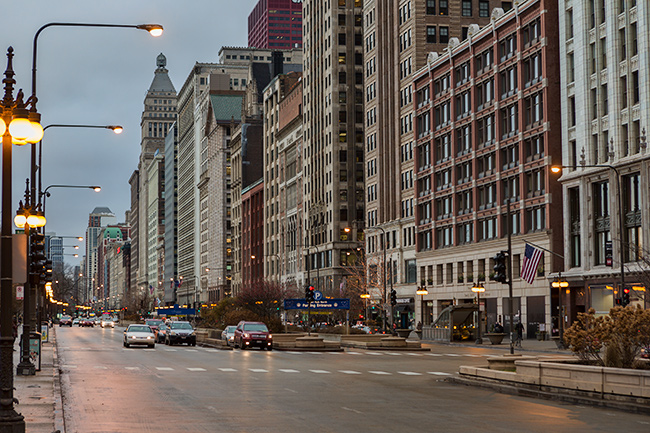 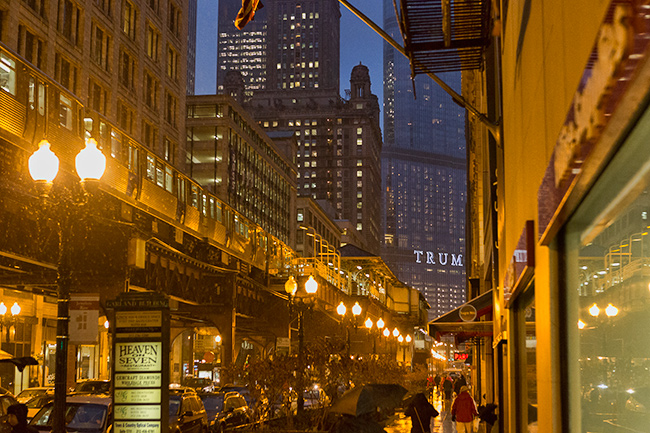 Only 4:30 in the afternoon but the feeling is more like 8 or 9 in the evening. Time to go back to Oak Park. Downtown Chicago the Subway goes in a loop and is elevated. That way no problems for the rest of the traffic and the Subway does not get stuck in traffic. A bit like in the old Meatpacking District in Manhattan, New York. In fact the green line that comes in from Oak Park is on level up all the time. So they only have to build car tunnels from time to time. Freight trains do run parallel for quite a while towards downtown. 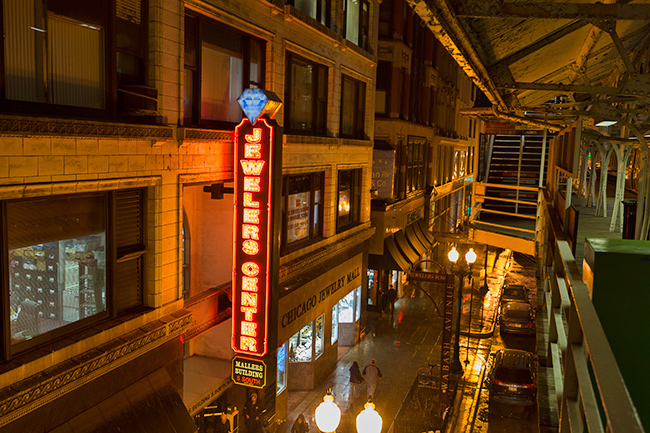