The Batad Rice Terraces are actually the Ifugao Rice Terraces but this is not what the locals and tourists call them. Batad is a small village in the North of Luzon in the Philippines. The village has less than 1500 people and is situated among the rice terraces. Here they do build the terraces with stones while in Banaue most of them are built with mud only.
From Banaue you can take a jeepney or tricycle to the “Saddle” From there you have to walk down to the village trough the lush green of that mountain. Be careful when you take transportation that they do not stop at the “Batad Junction”! That is about 3 km short of the Saddle.

Since the sky did look blue in the morning i decided to do the trip. A guy from Israel did want to go with me but did not feel to good. Lucky me – there was Kathleen and her daughter Alexondra sitting at the next table. They where on a short “see as much as you can in 3 weeks” trip from Canada. After trying to book a flight for them Randy organized a driver for me. The tricycle was 800 Pesos – not really cheap since a Jeepney should be only 150 one way. But than again there was no arguing for the price on the way back and we could stop a few times on the way in.
A few minutes later we where on the way towards the Saddle. 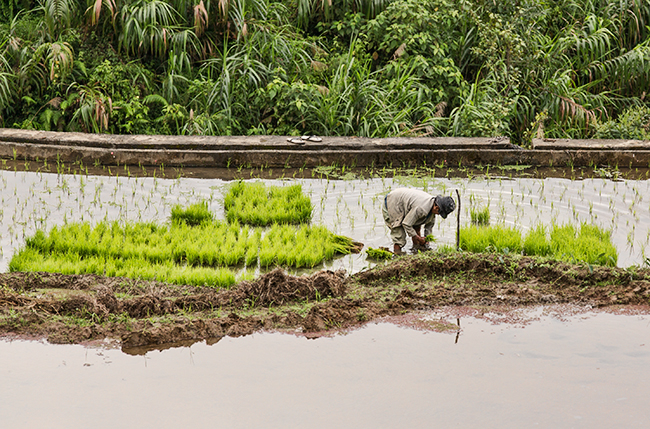 I love the colour of fresh rice plants 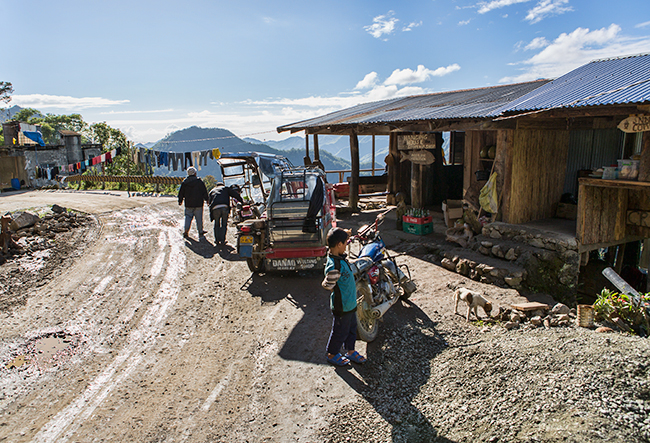 We did stop here and the girls had the 1st fresh coconut ever! Canadians – would you believe it? 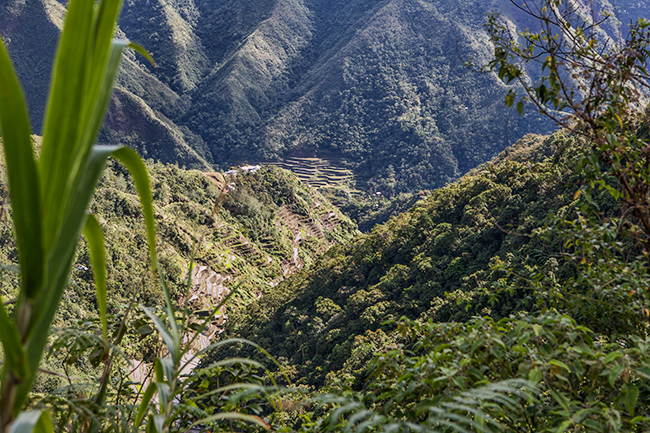 A glimpse on Batad on the hike down 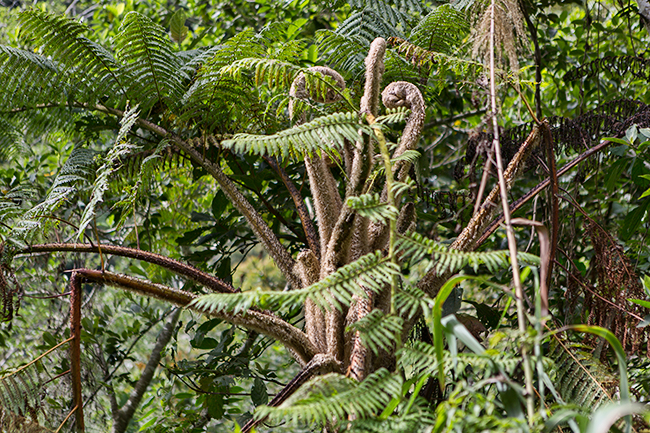 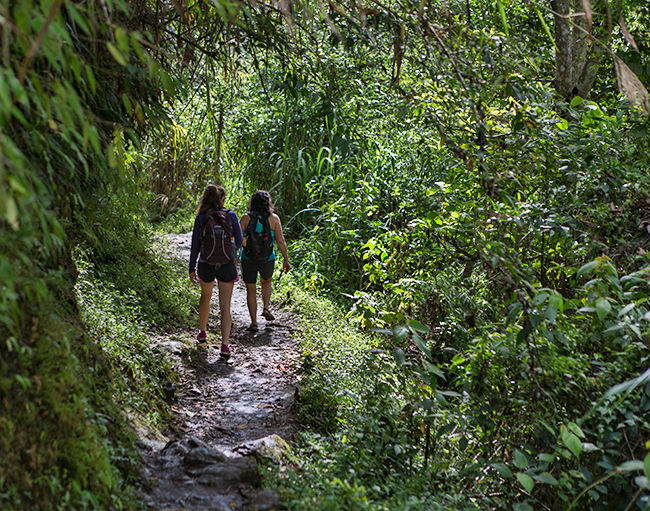 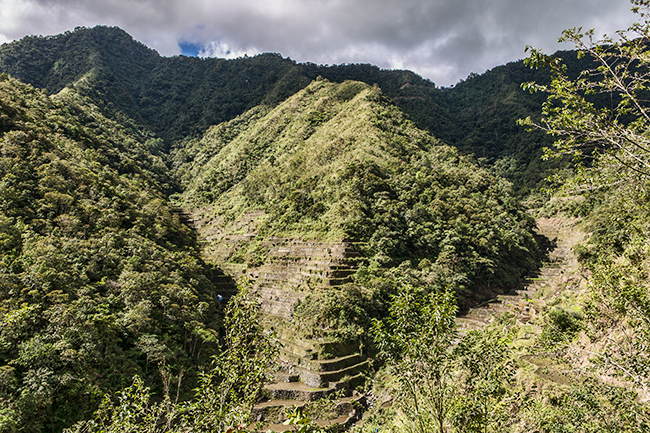 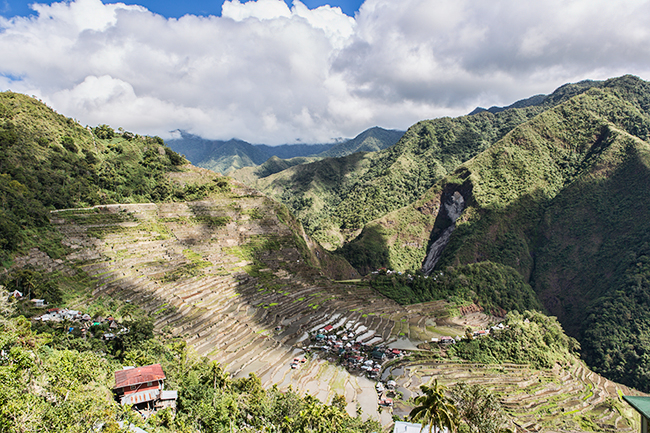 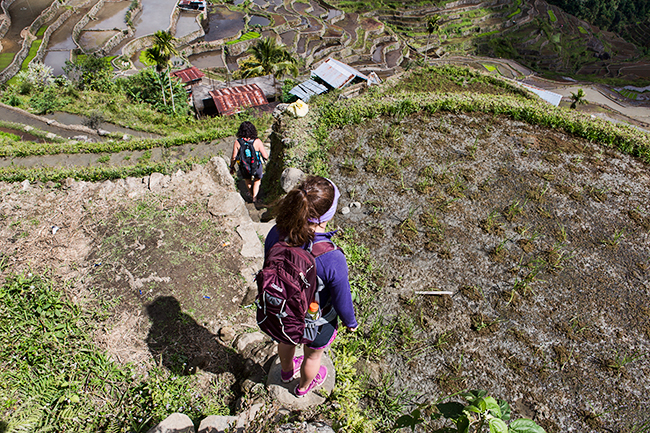 On the way down towards the other site 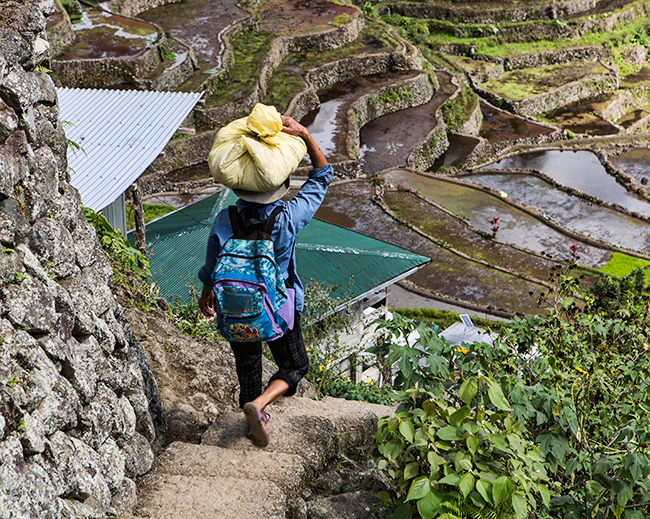 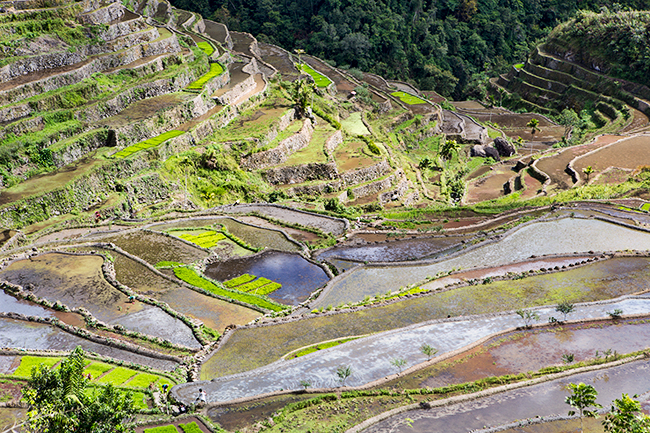 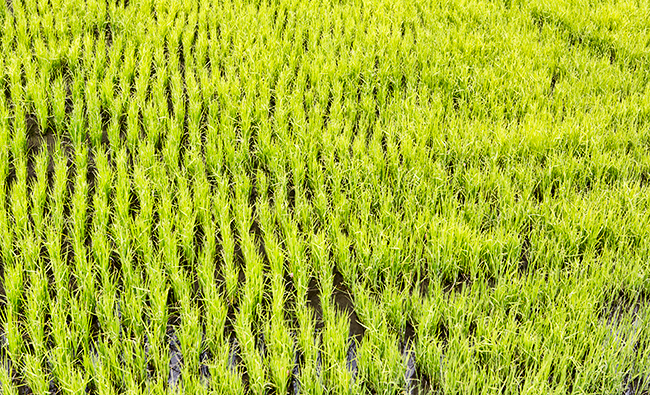 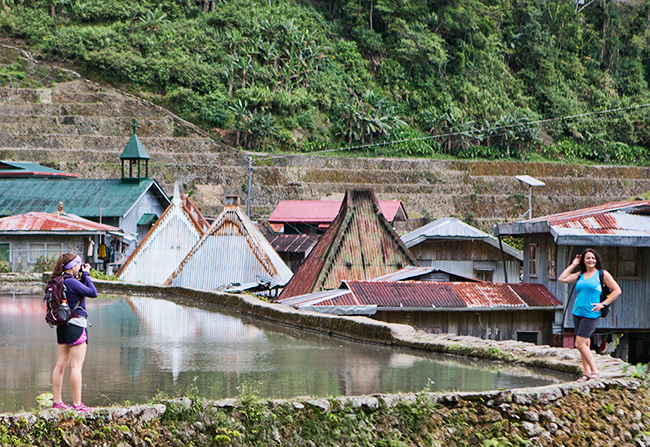 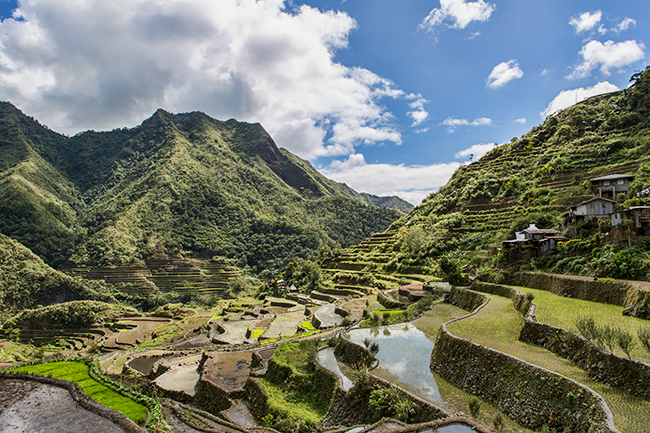 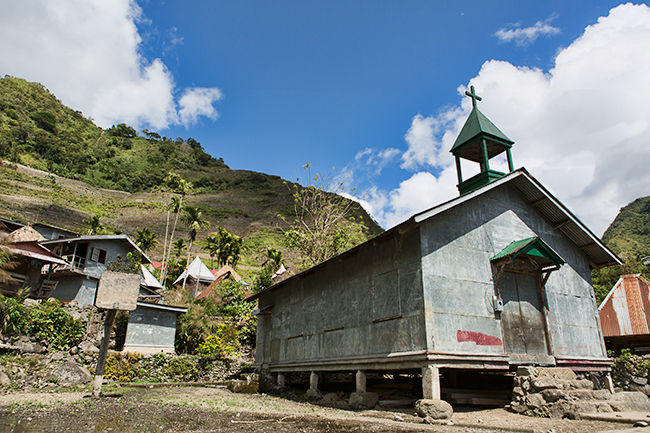 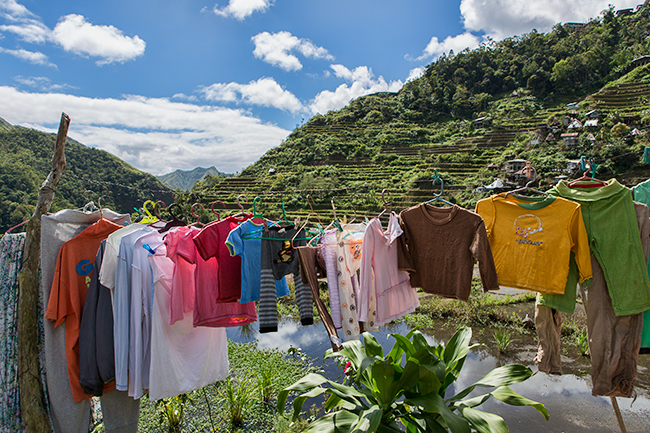 There will be part 2 – and i should post it in a few days. I hope before i take off and go to Switzerland

Hello Vietnam! Back again in Saigon and off to Long Hai