I was fresh out of jet lag from the trip to India when we went to the Alps a week after my plane got back from New Delhi.
Steiner did pick me up and I spend the night at their place. It was Anjas birthday so we had Esslinger Champagne, Pizza and beer. And of course we had to start driving at 6 in the morning. That means Anja got up at 4.30! Why? So that was a really short night and guess what – i was in for some more of that treat. Since the guys think one has to get up before 6 when he is in the mountains. I did talk about that in one of my last posts…

So we went on the Autobahn and drove down to Bavaria. A few kilometer behind Obersdorf we parked the car and started the trek. 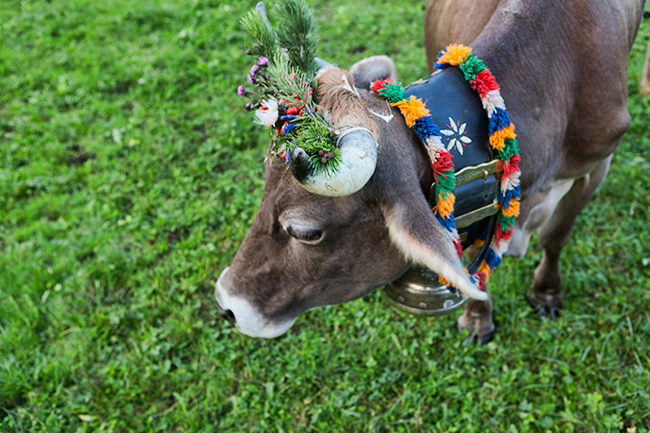 Today they did bring the cows from the higher grazing grounds down to the farms. This is organized so that all the farmers bring them down the same day. The cows get decorated nice and a lot of people come to watch. We found a small group that was waiting for the others that are on the way. 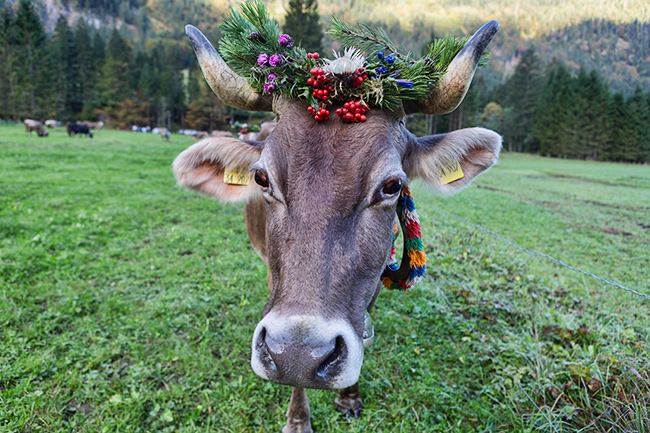 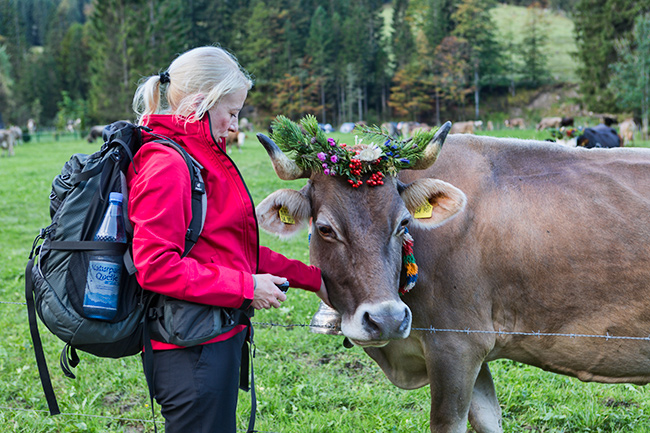 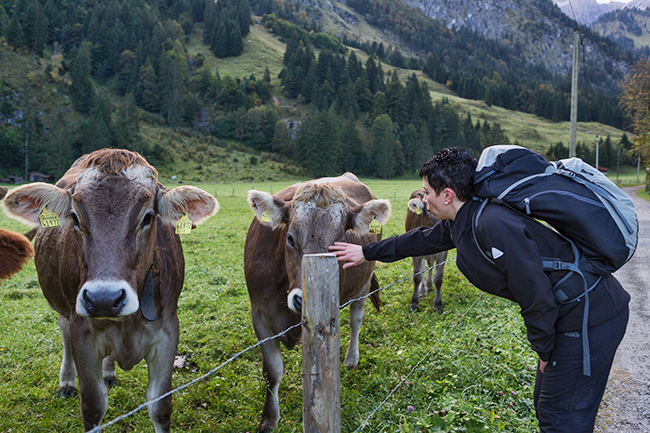 This guys are very young. They stay down here most of the time – so no fancy dress today. These youngsters are very nosy and do come close to the fence since this is the only entertainment they have. 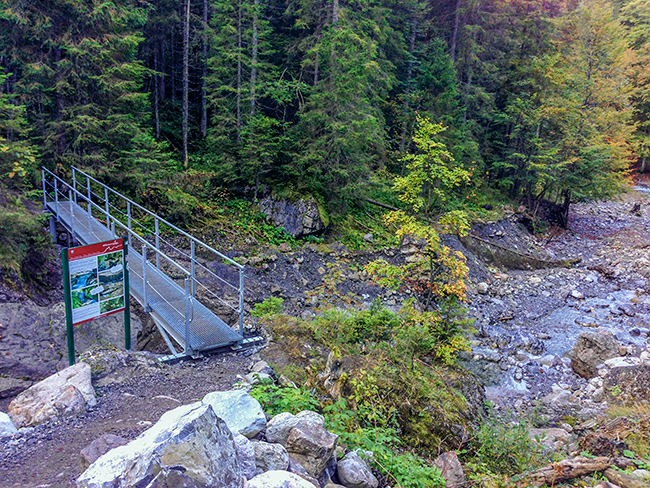 In the mountains in India nobody would even think of putting a big bridge over such a small stream. And if so it would be a log and that is it. 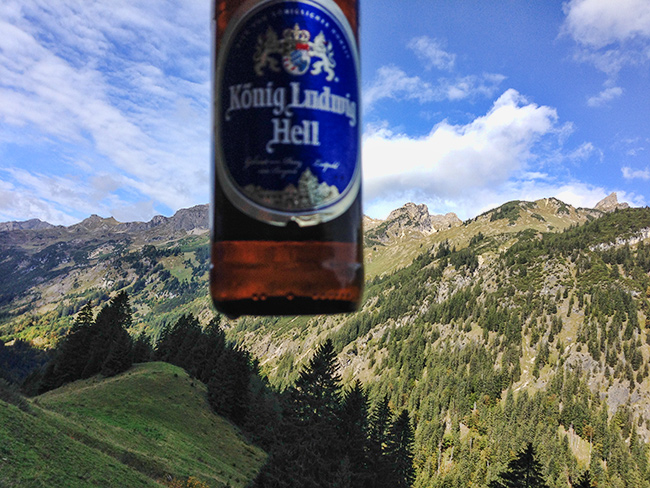 I have to say that is quite nice. Since the little place at the first rest stop is closed for winter the owner does put refreshments in the fountain. So he earns some €€€ and we got a cold brew. Great to start a trip up the mountains. 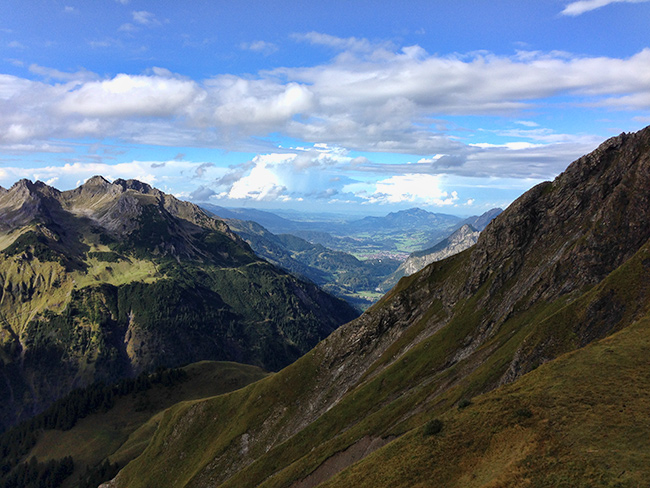 So far a perfect start 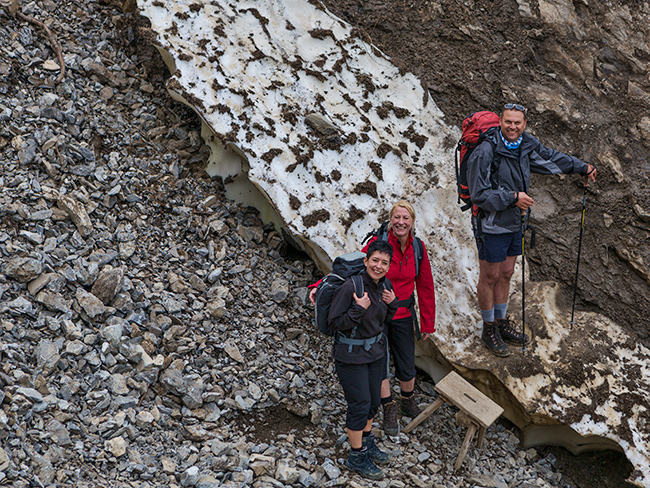 A patch of old snow – and someone put even a chair to make it easy for us. Still Anja managed to slip on it – to bad i had the camera not ready for that one :-) 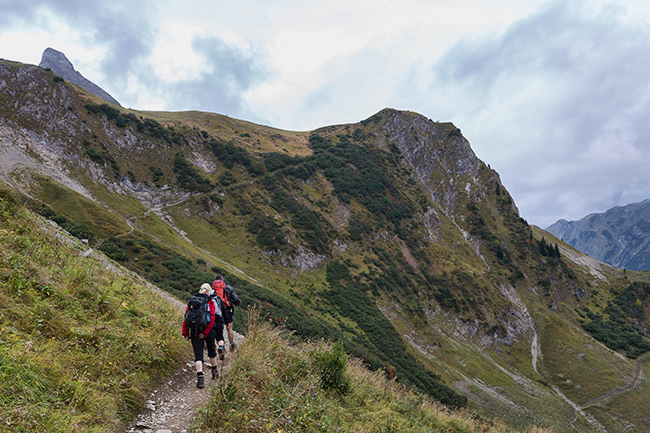 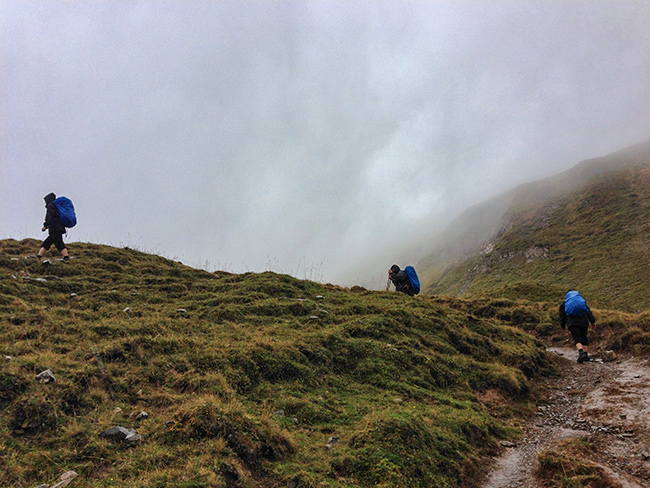 Sure enough the blue sky did say good-bye. Fog and clouds moved in and it started to rain. Great! I am only back from my last trek in India in the fog and rain and now that. 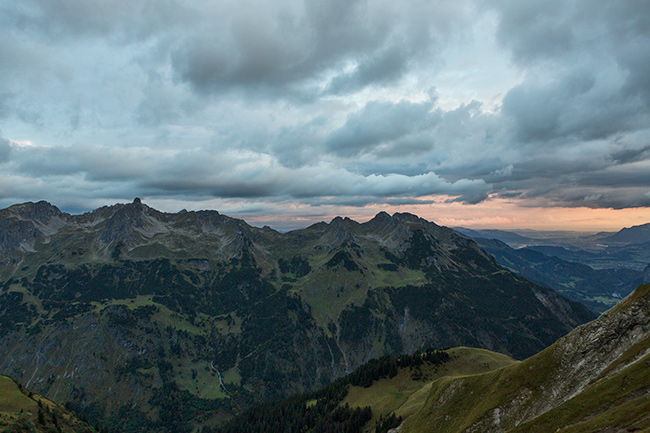 And of course it did stop to rain when we reached the hotel and had our first beer. 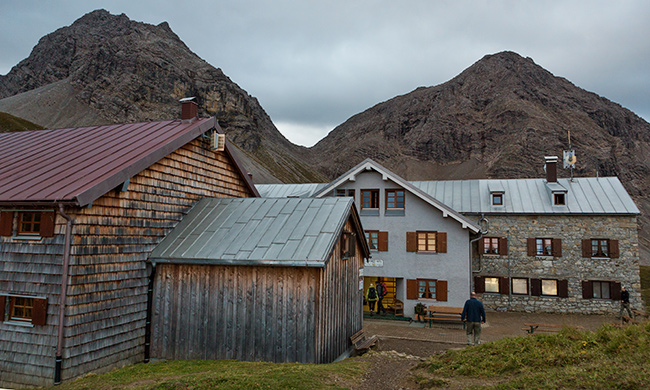 Our place for the night: The Rappenseehütte. We had a 4 bed room that was super small but ok for one night. Since it was still early we went and opened the red wine together with some bread and cheese. The guys had some sausage on top of that. That afternoon we did fix the wine and together with the food and beer it was more than 5 kg less to carry the next day!