One more time – India was the destination. I did try a few times in the past to reach Leh and circle from there to Spiti Valley and loop back to Shimla. It did never work out. I did get as far as Spiti valley for a little circle. Trekking to some very small villages close to Kaza and then into the Pin Valley for a few days. The bridges towards Shimal were gone as it did rain too much and so was Leh – buried under a massive land slide. Now i want to try again and it does look better. So far we do not have that much rain and i will try again. The first stop is Amritsar. I do stay again with Mr. Singh at his Farmstay outside of town. So far i got here with the plane from Frankfurt to Delhi and a connecting one to Amritsar. Than the free bus to the Golden Temple and Tuk Tuk to the farm. It is quite hot here – almost 40 degrees and i have to get used to that for a few days. So i take it easy over here. Want to visit the Golden Temple of course and other than that i have no plans for here. Than it is off to Srinagar – the last stop before the mountains. 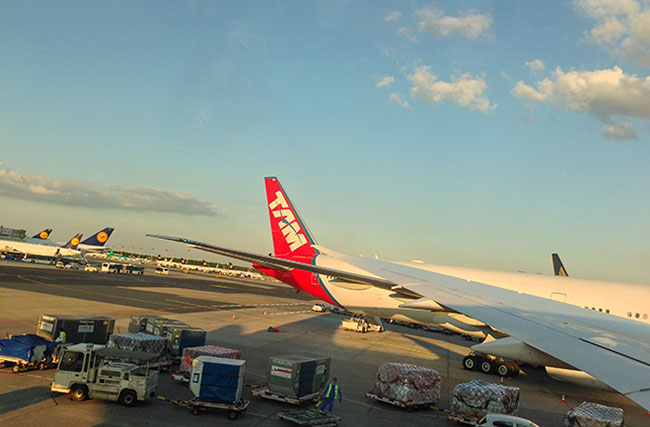 My friend did drop me at Stuttgart train station where i took the train to Frankfurt. I did arrive early and had a few beers at the REWE supermarket where the trains arrive. They have nice comfy loungers there and cold beer. 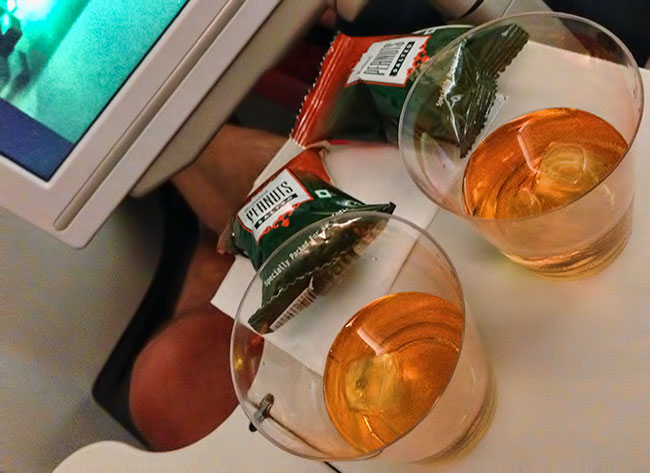 Since I was early at the airport I scored an emergency exit seat which is very good if you are as tall as me and have a 6 hour flight ahead. I did order one whiskey and that is what I got. Cheers. 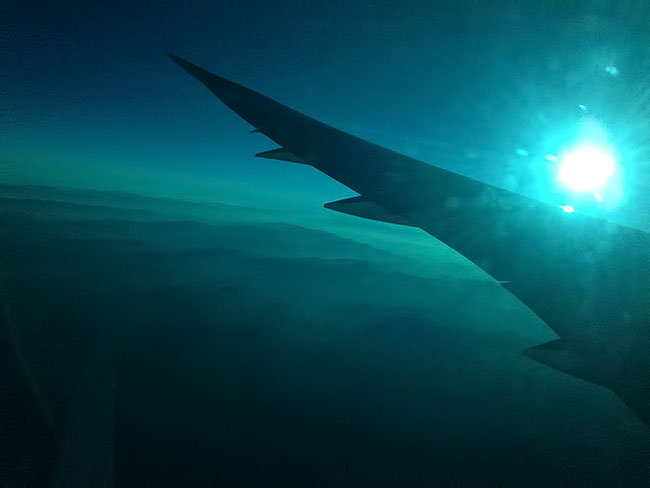 Since it was a red-eye flight i did not notice the new window technology of the Air India Dreamliner. You can dim the window from clear over blue to a dark green. There are no more window shades. Nice – this is the full green view with the blazing morning sun. You still can feel the rays when you touch the window but it stays quite dark. 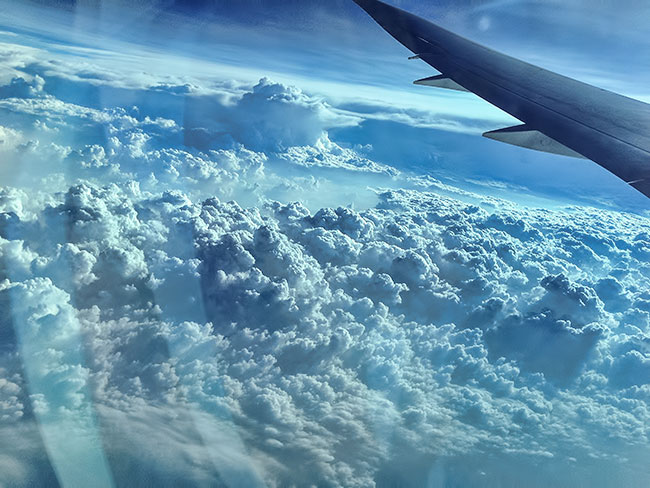 Push the button 5 times and you have a clear window again! 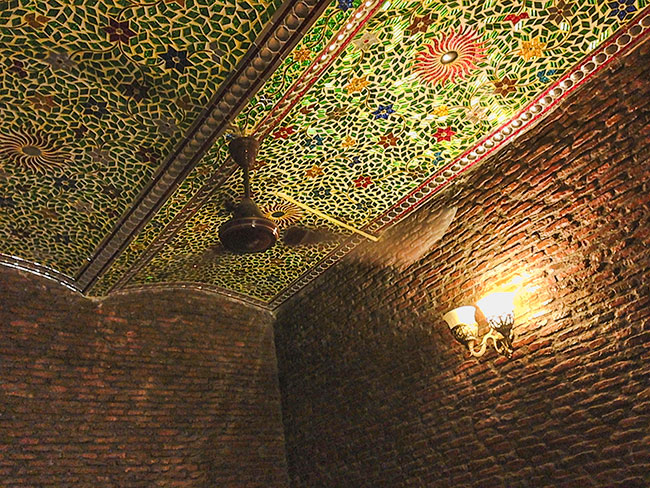 My room in Amritsar – the whole ceiling is made like that. 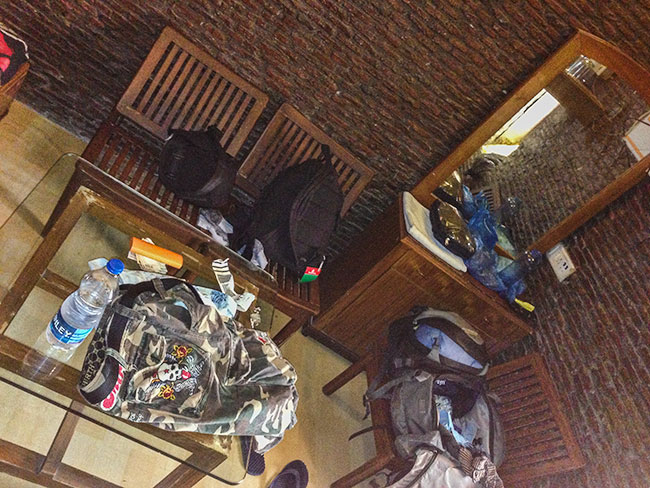 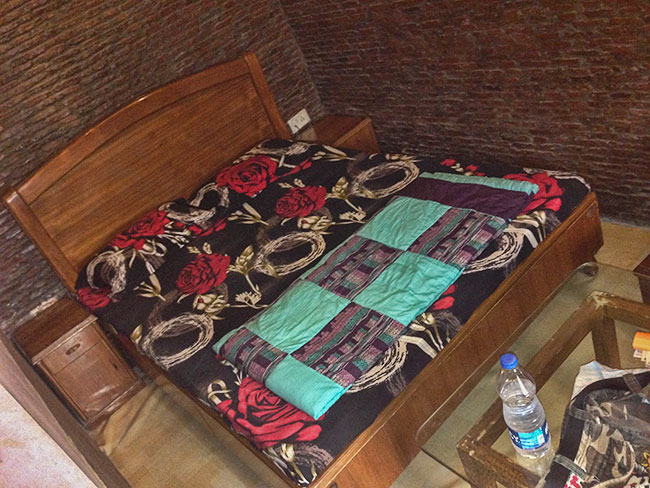 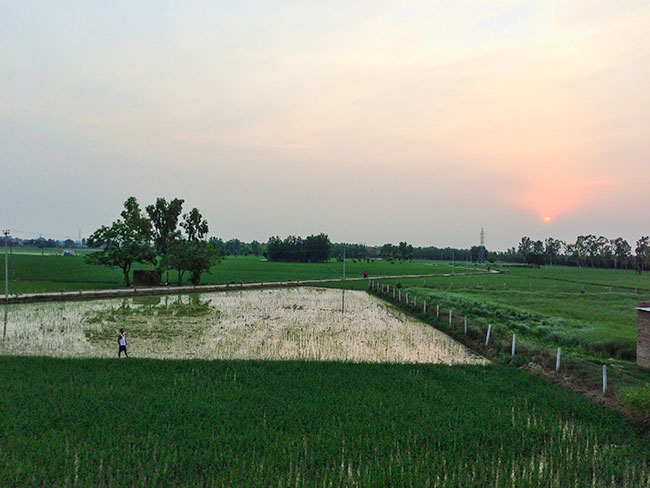 From the roof of the farmstay you have a nice view over the fields surrounding the place. 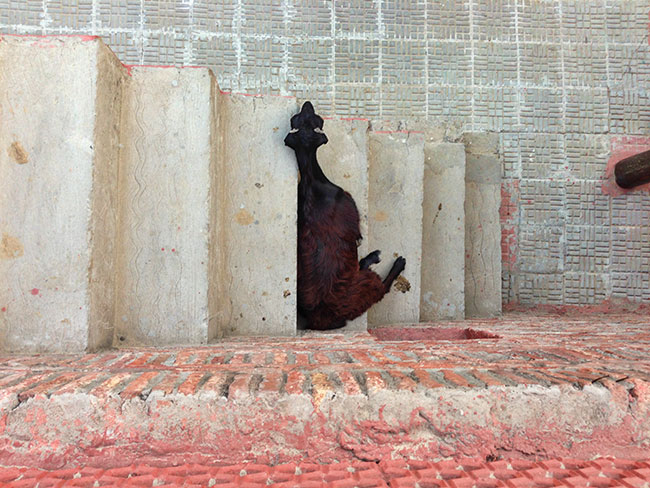 Since there are no rocks that goat sleeps here. 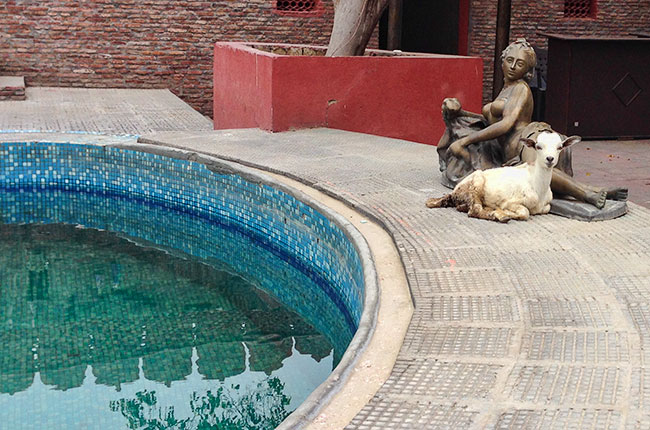 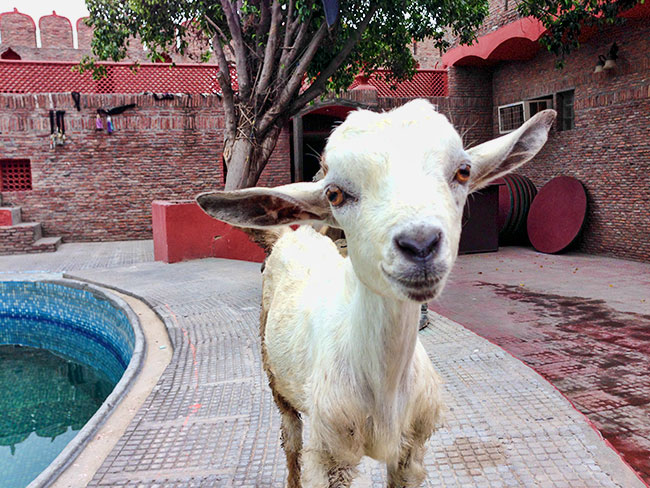 And she likes the iPhone as well I guess