Last time i was at the Harmandir Sahib or the Golden Temple in Amritsar 4 years ago – not much did change since than. The temple itself was built over 400 years ago. The Gurdwara – the actual Golden Temple you see on the pictures – is build inside a man-made lake – they also call it holy tank or Sarovar. It is filled with Amrit the “holy water” or “immortal nectar” from the Ravi River. Pilgrims bathe and perform ablution in the sacred waters of the tank and it is said that it has healing properties. There are four doors to get into the temple – they symbolize the openness of the Sikhs towards all people and religions.
You get to the temple over a bridge from the Akal Takhat which is the governing body of religious authority for the Sikhs. This is the central worship place for all Sikhs in the world.
The whole complex is open to everybody. You have to remove your shoes – they will keep them for free for you and you have to wear a head covering. There are plenty of guys round the complex happy to sell you one if you do not bring your own. You can get a free one at the entrance as well. You pass through some water – this takes care of the washing your feet biz and you are good to go.

In the middle you see the Golden Temple. on the left the clock tower which is the main entrance. Than the bridge towards the Akal Takhat. On the right is the entrance from which you will exit toward the food building which is behind the red building with the two towers.

Since Amritsar is a bit off the beaten track they do not receive so many tourists as the other hot spots in India. And a lot of devotes do come from little villages so they are not used to see tourists. That ensures that many of them ask you for a picture with them. Even when they have no camera and not even email to send them the picture.

Langar is a free sanctified meal which is prepared daily and served at the temple. They serve more than a 100.000 meals average every day! All cooking of food and maintenance of the golden temple complex is carried out by worshipers, who volunteer their services. All cost is provided for by donations. And if you think you can just show up and help – think again. There is a waiting list and usually you have to wait months before it is your turn. And if you go and eat there – finish off the meal – leaving food on the plate is considered wasting food – and this is not an option. On this trip i did eat two times there and the 1st time it was dal, potatoes, rice, roti and even a sweet dessert. The second time only dal, roti and rice. They will give you as much as you can eat and some water as well. Next to the entrance of the food complex there is also free tea for you. I have a few more pictures of the food preparing in this post from 2010. 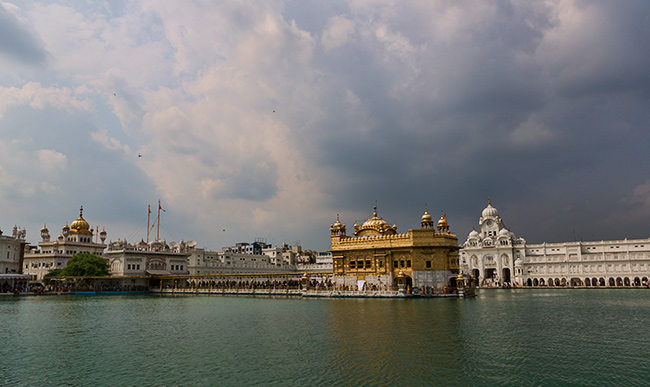 Monsoon clouds over the Harmandir Sahib

This is one clean Temple 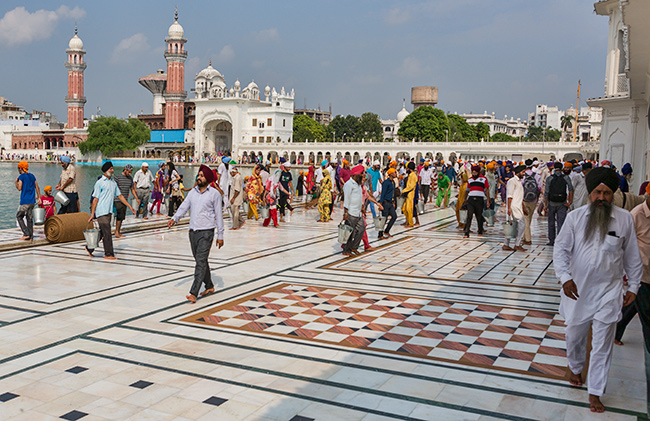 Buckets of water from the tank will be emptied from the walls towards the drainage between the water and the walk way. 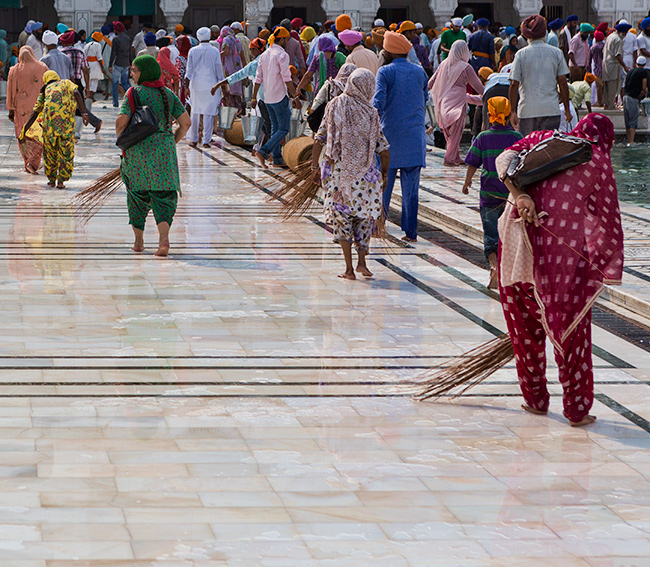 Than it is a whole lot of sweeping the water towards the drainage. 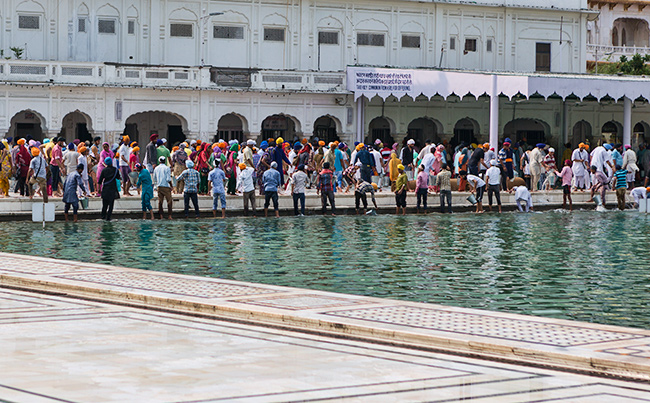 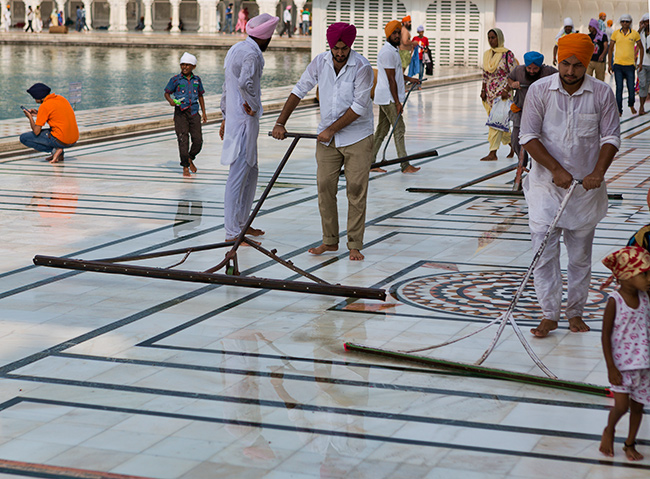 Finally the last bit of water will be forced away and a minute later the marble is dry again. 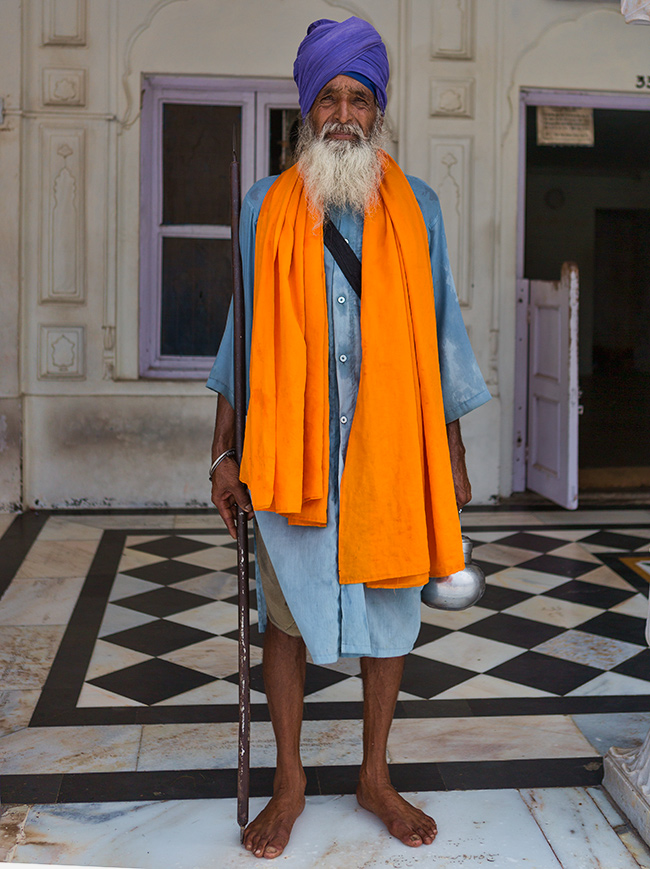 He wanted me to take a picture of him which i did. 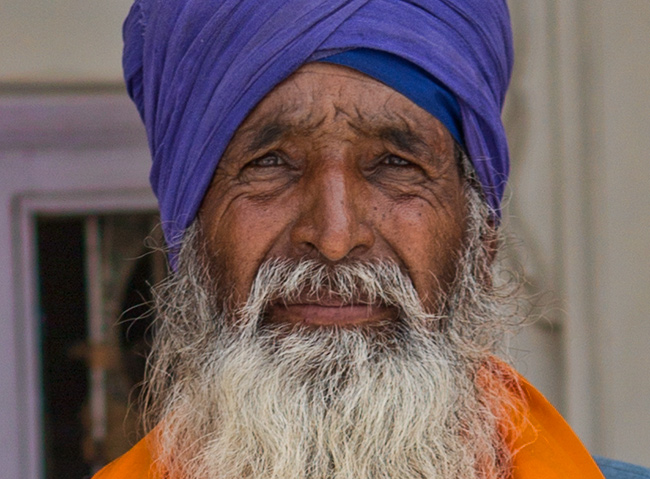 I asked him if he wanted me to email it to him – but he has none. To bad for him. Of course we did need somebody to translate for us since he could not speak English. 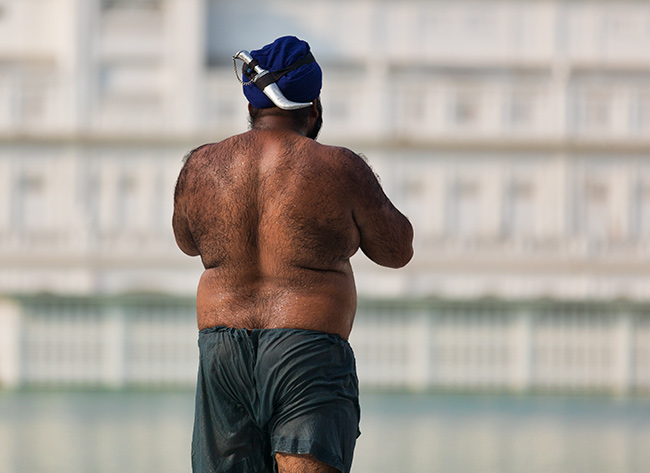 Actually the Sikhs are the only one in India that are allowed to carry a knife or sword at all the times and everywhere. Apart from an airplane of course. So even when they take the holy bath they stick their knife in the turban. 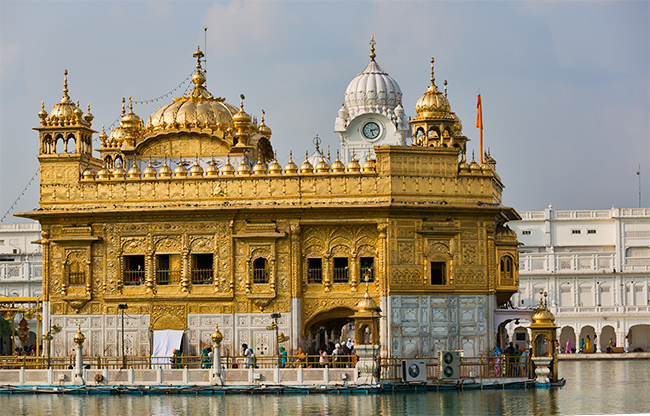 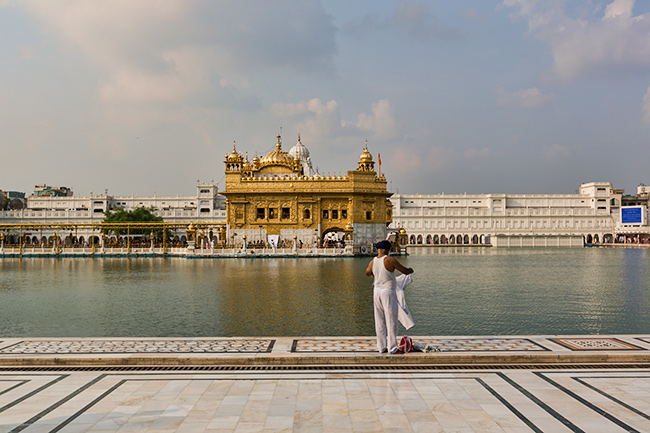 Getting ready to go inside. 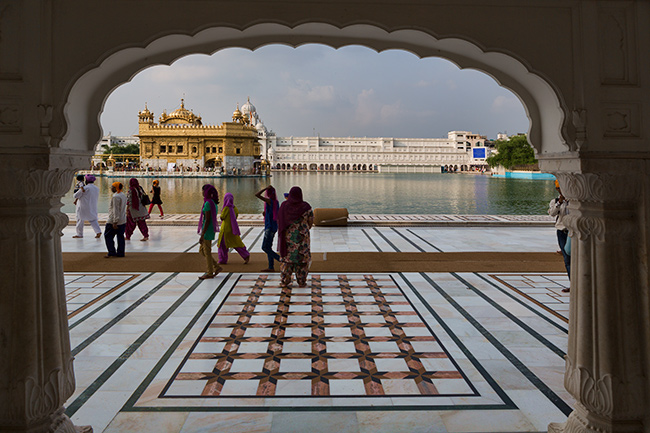 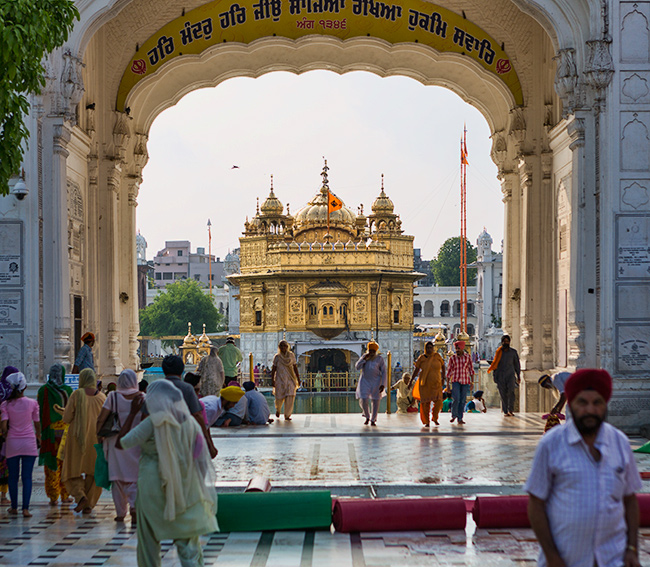 View from the entrance of the eating complex 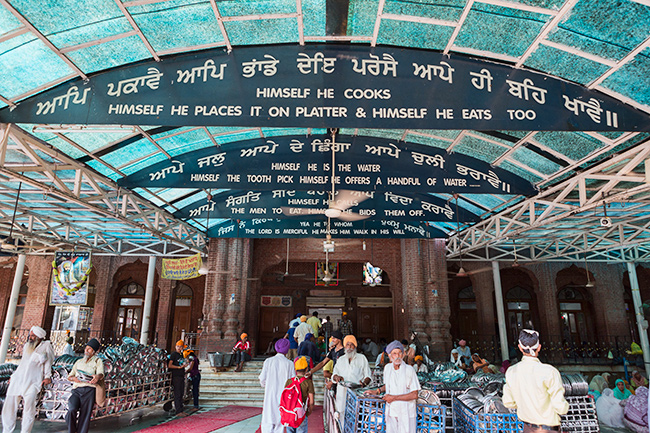 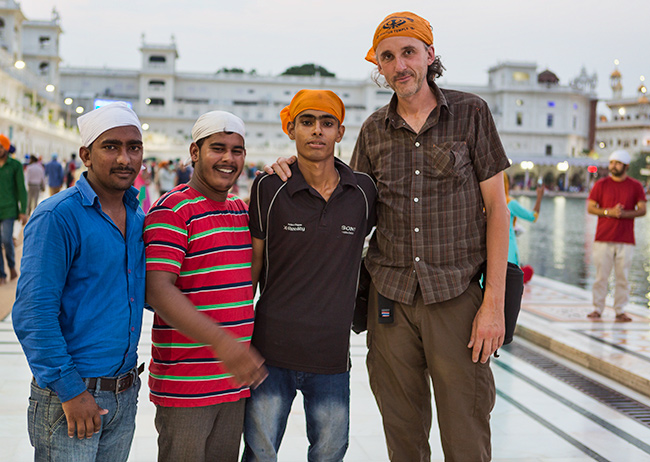 Sir – can we take a picture with you? Sure! 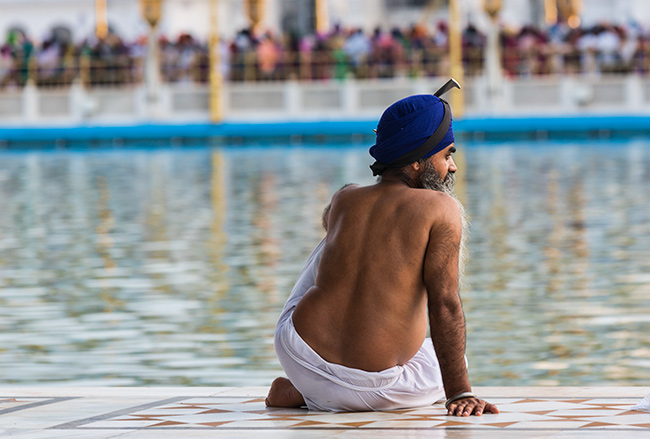