A Gray morning after a good nights sleep at the Mountain View Hotel in Phong Nha. Today I wanted to drive further up North to Phố Châu.
Switched on the boiler and flipped open the MacBook. Catching up with the world events and emails from last night. After a few emails the water was hot and I took my shower.
Went down to the restaurant for breakfast later. They serve tea or coffee and the usual Baguette with egg and a few Bananas for desert. I opted for coffee as usually – the slow drip Vietnamese coffee. But ordered tomatoes instead of egg. That was new for the owner. So she came with 2 tomatoes and showed them to me. “Tomatoes?” Yes! Ha ha – you should see the lock she gave me :-)
After I put my stuff on the bike and settled the bill I was off toward the Ho Chi Minh Road.

Finally open road toward the mountains. It looks like last year – Gray and limited visibility. And sure enough a few minutes later it started to rain again. Stopped in a small market town and got a rain poncho. Of course it was way to small but I was dry all the way down to the knees! And shielded from the cold as well.
Did not take a lot of pictures since it rained for most of the day. BUT I have some for you in the post from last year: http://hastenteufel.name/blog/from-phong-nha-to-tinh-ha-tinh/. 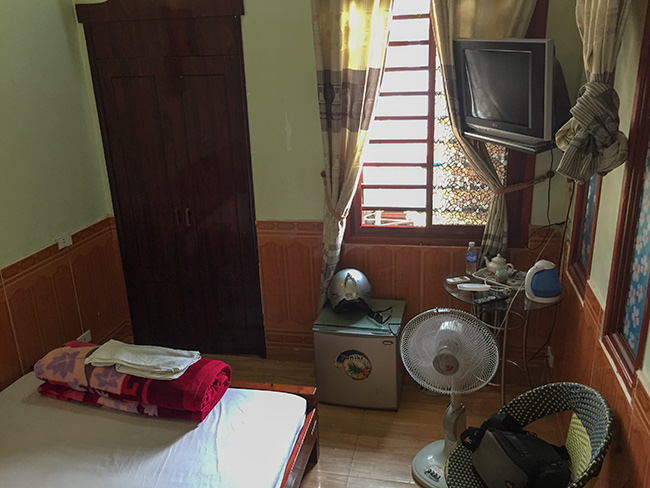 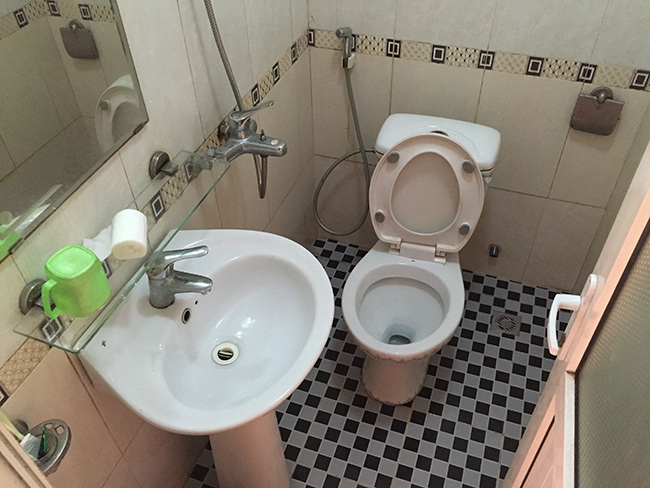 And the usual pictures at the parking lot. It is so easy to make people happy over here :-)