Since i was super lazy and there is not really a lot to do in Leh i show you the pictures from the few times i was down town. We decided to go and take a look at the palace so you will see a few pictures from that day.
Leh Palace is a former royal palace and was modelled on the Potala Palace in Lhasa, Tibet. The palace was built in the 17th century and is not really interesting from the inside. It is empty and there is construction all over the place so you see lots of tools and unfinished renovating. They had an exhibition of castles from Hungary – very interesting – not. And than there was no power so you could not even see the exhibition. Of course foreigner had to pay 10 times more than Indians – what for? 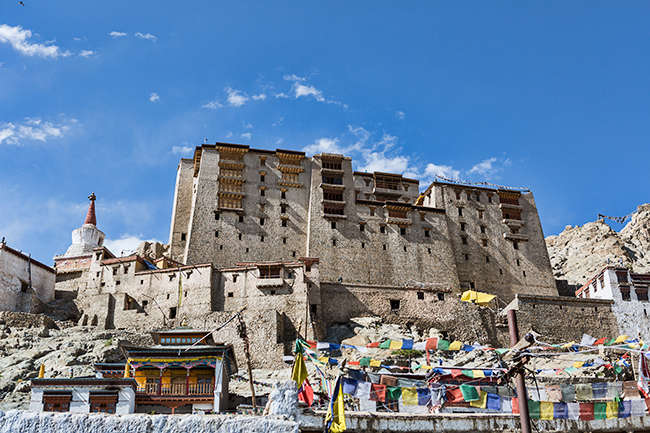 Looks good from the outside!

But since the palace is in the middle of Leh we have to walk there – and that is what we did see – some of the stuff.. 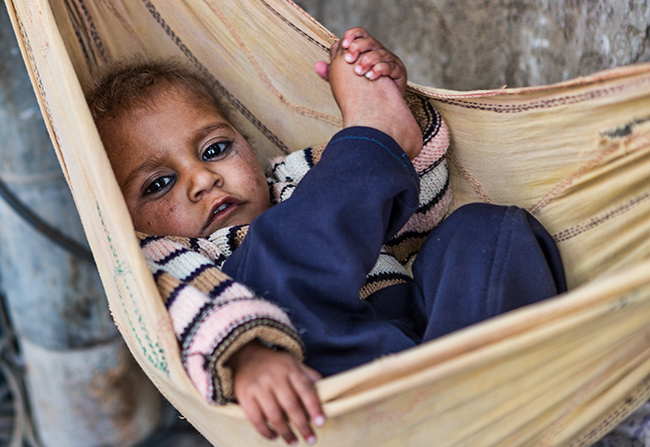 The guy was parked there every day I passed the corner 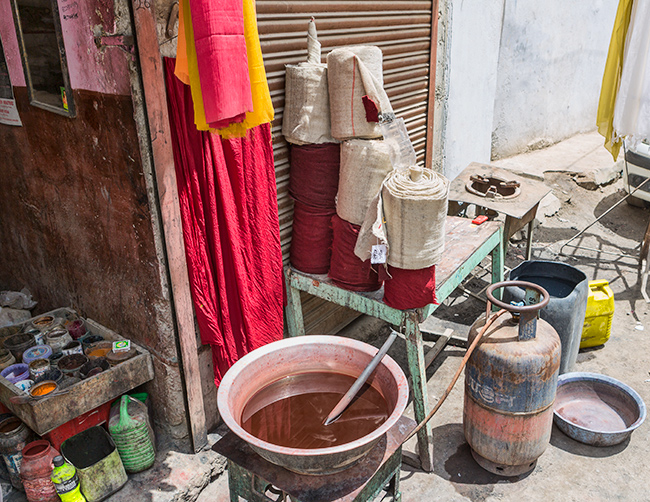 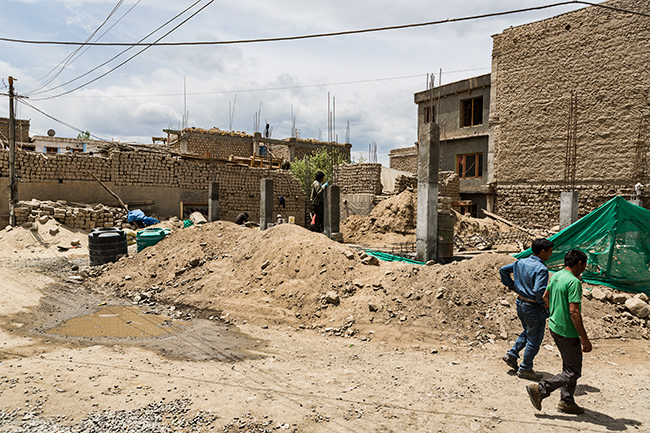 Heavy construction in down town Leh 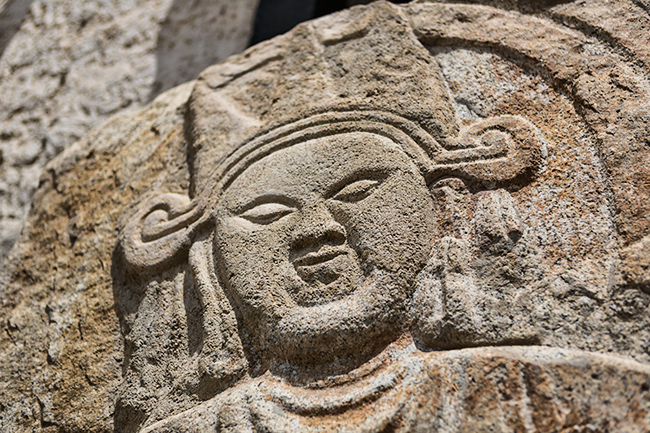 Happy guy in the sun 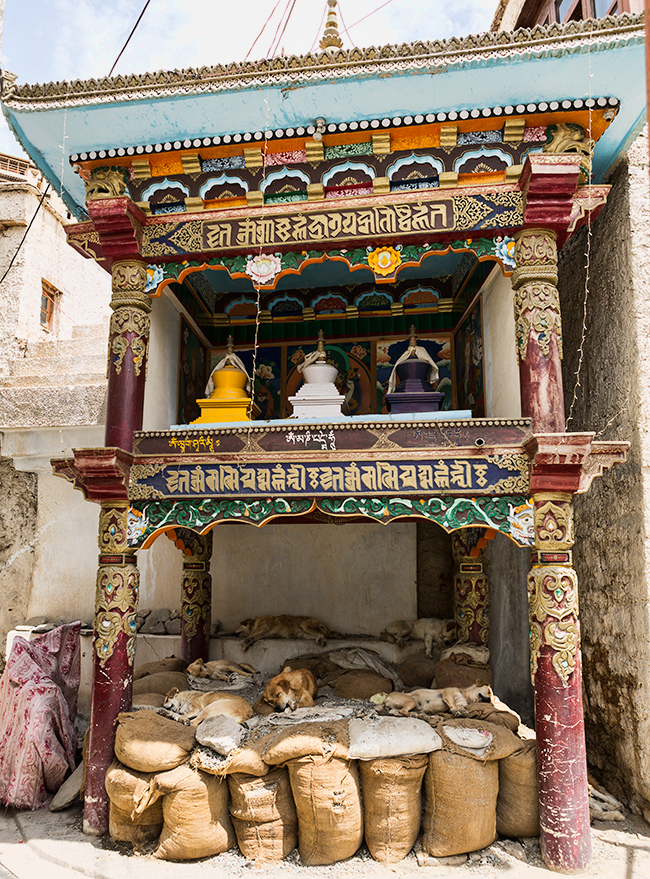 We did find the Temple of the Dogs on our way up to the palace. They do rest in the day so they can bark all night. 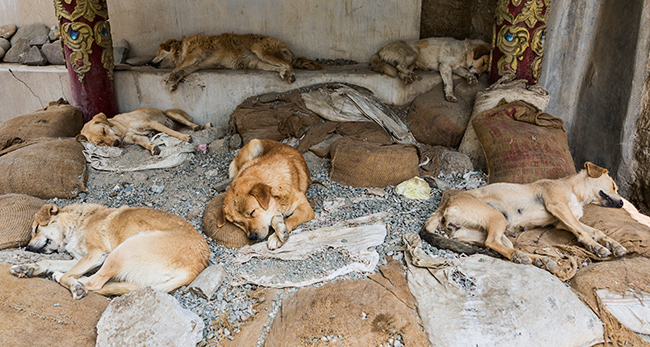 There where a few more on each side. Not everybody can sleep elevated. Some have to work their way up i guess. 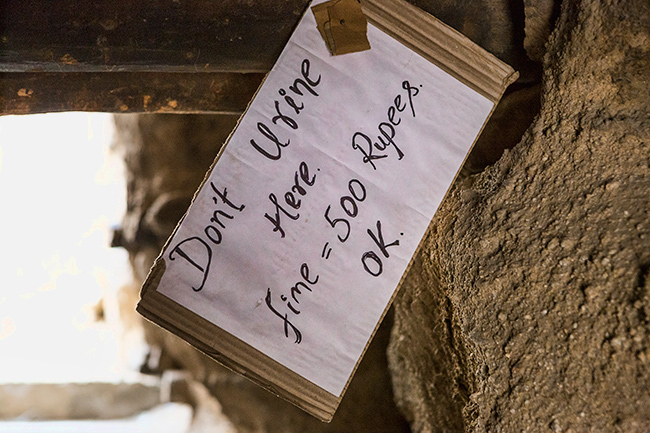 Don’t urinate here! Guess the guys that can read English would not do so. But the ones that can not read it did. Not sure why this message is in English. But the urine was the smaller problem on the way up. A lot of people come here to have a shit with a view – at last that is how it looks. And dog shit does look somehow different. 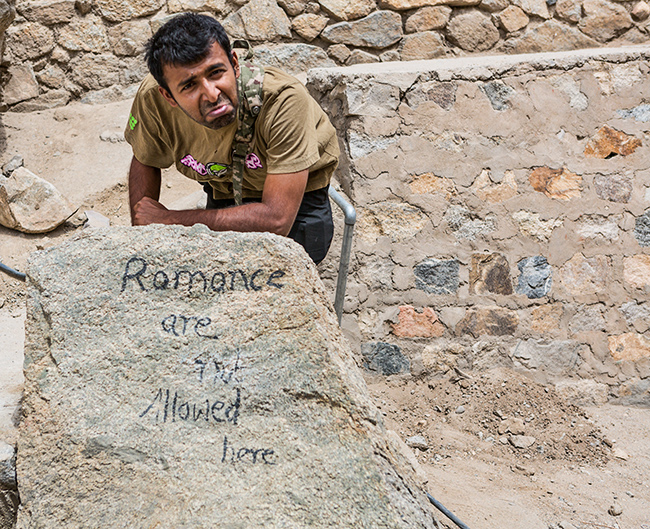 Well we walked all the way up here to discover that – good thing we where all only friends – so no romance involved! 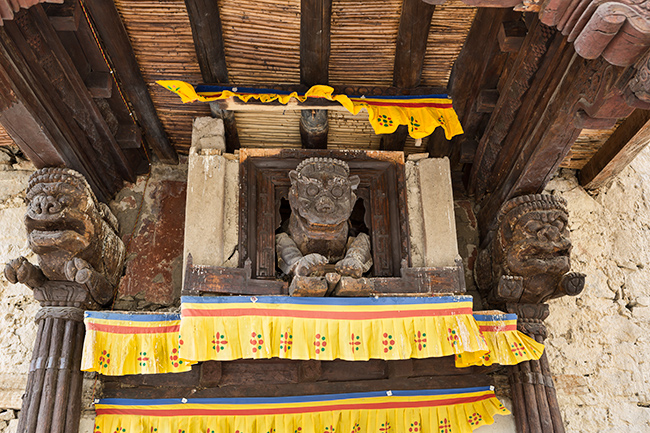 Finally – The entrance to the palace – that was almost the only thing to take a picture here. 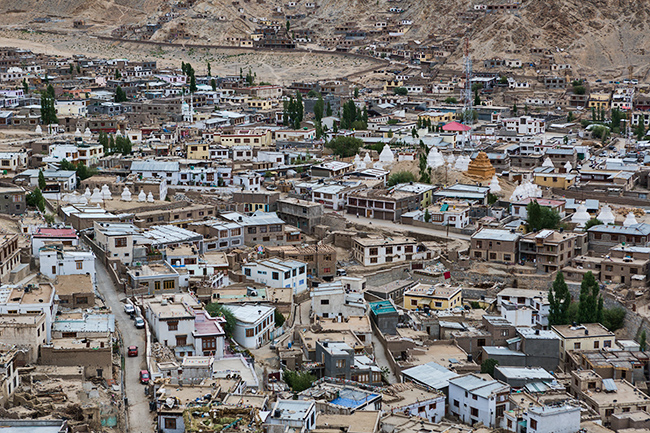 View from the palace in Leh 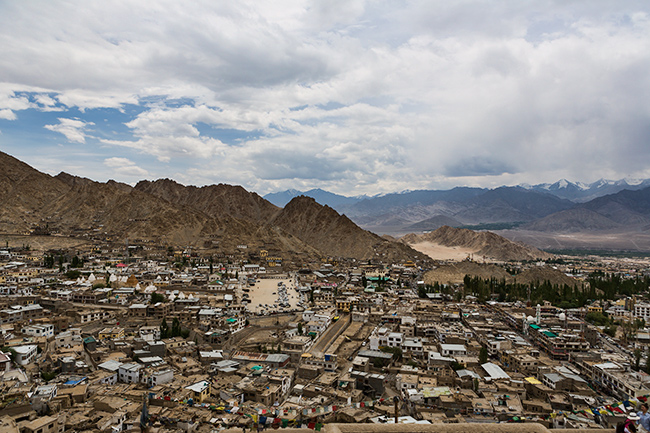 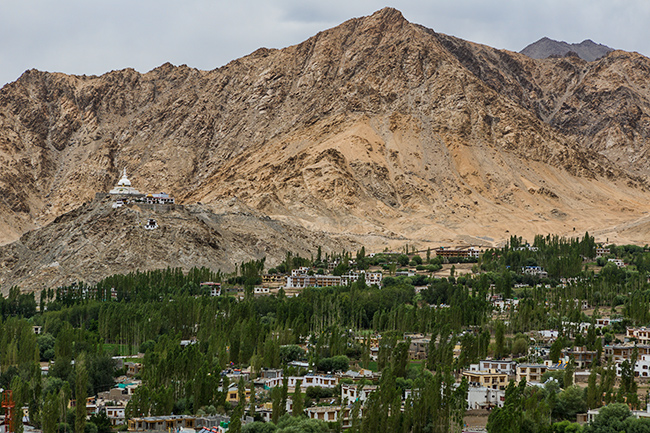 This is where most of the tourist guest houses are. More green and with a view of the Shanti Stupa. 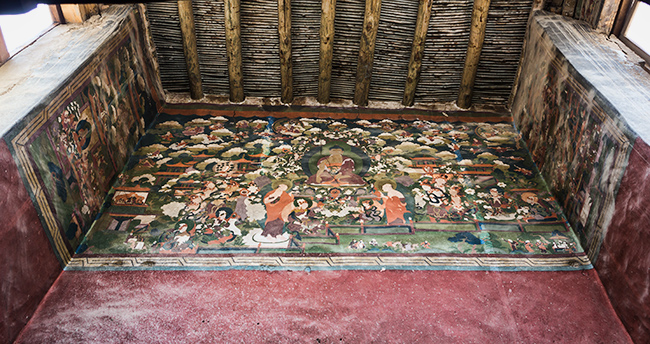 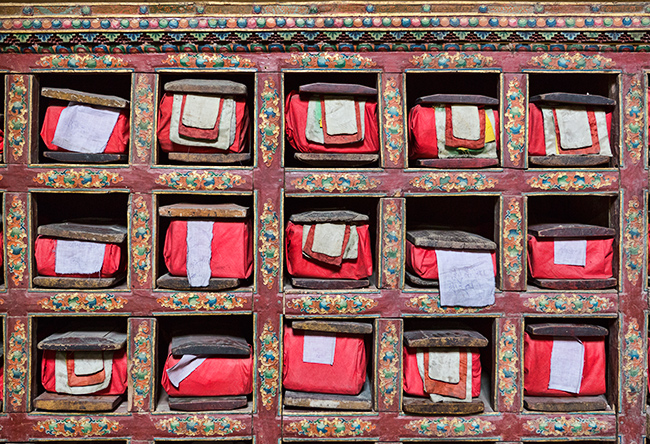 Holy scriptures in the temple of the palace. 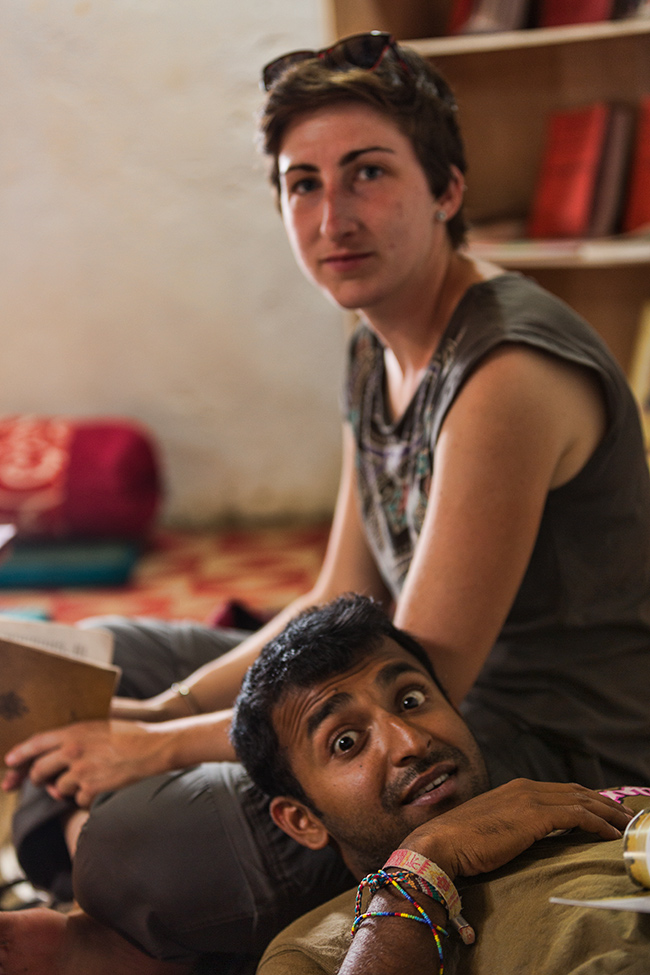 I have no clue how we did missed the Palace Museum but we did. Might be because there was no power so it was closed or they removed the sign to it? I guess apart from the view of the city that would be the reason to visit the palace! We stopped on the way down at a little coffee shop. 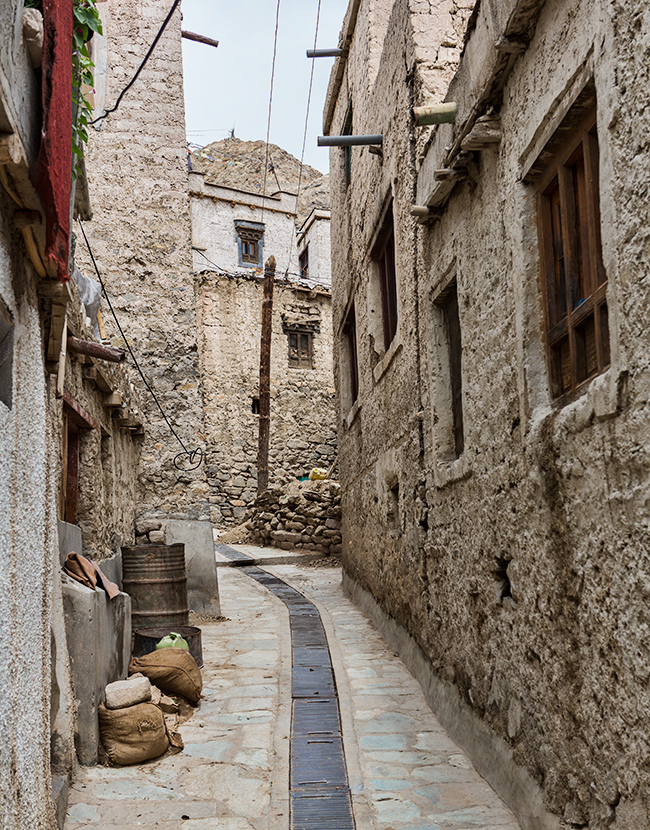 Nice street in the old part of Leh 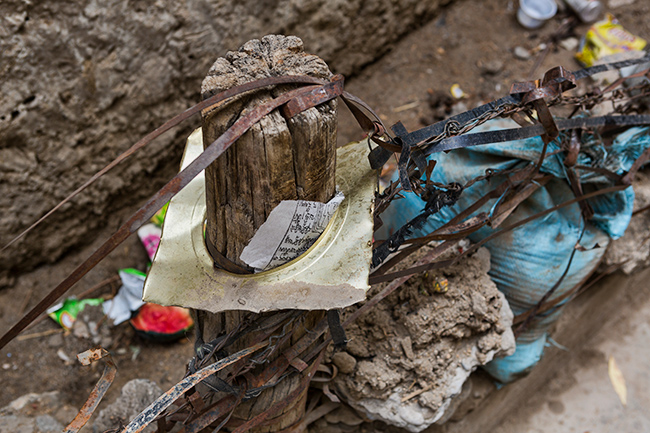 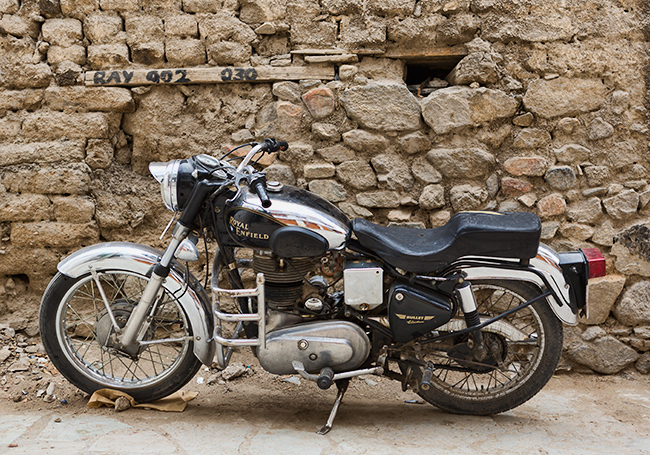 I think it will be hard to find 2 Royal Enfields that look the same when they are ot of the factory for more than a year or so. 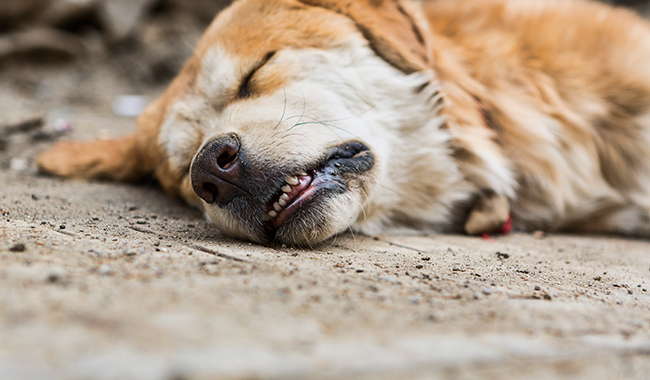 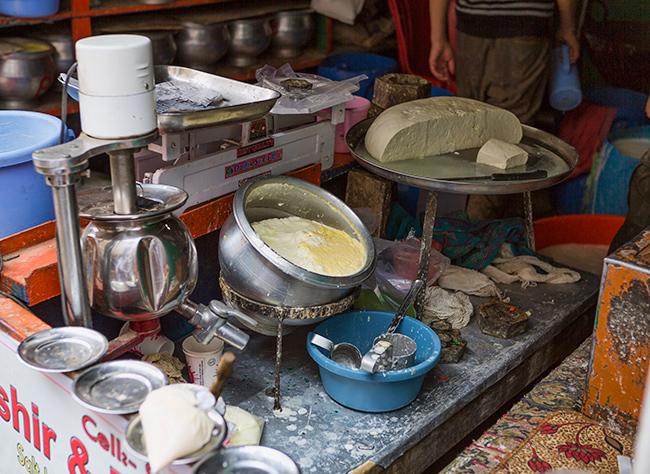 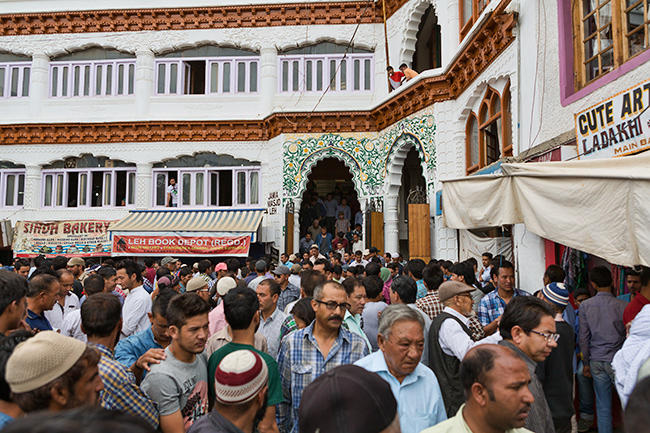 End of one of the many prayers a day. The place in front of the mosque fills up quick. 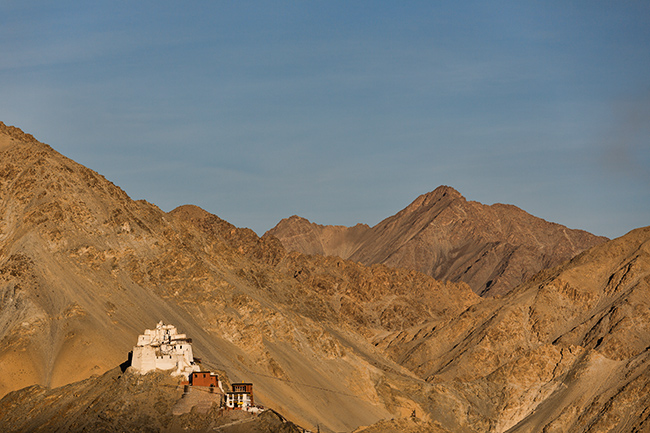 The Namgyal Tsemo Monastery at sun set. It was founded in 1430 and is still looking good.