Yesterday I had my day off. Time to sleep and organize stuff. Well, it did not really go as planned. I had dinner the night before with Eli and Ivan and went to bed quite early – a bit before 12 in the night. Did sleep fine till 1.20 and then – could not get back to sleep till after 5 in the morning.

So that did not work

A great start in the day – well the actual start was more like 11 something as I got back to sleep at 8.30.
Not so much time left to do things. So had my breakfast in the small park and went back to the computer. Before you know it is dark and time for dinner. A short shower later I was on the way. Wanted to try the street stall opposite from the Gecko Bar on Soi Rambuttri. A lot of different food but the quality went down a notch. Had green curry with rice, fried watercress, and a coconut. The coconut was the best – scooping out the sweet soft flesh after drinking the cold juice. I could have many of them every day.
Walked back and had a look at the music festival in the park. 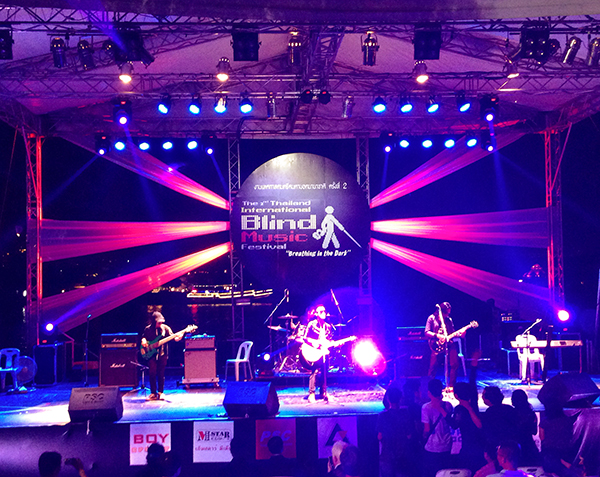 Then off to watch a lecture on YouTube.
Did go to the small shop next to my guest house and the old old woman got somebody from the street to tell me to be careful with the ceiling fan as I am so tall. Then she handed me the change and waved me off with a “good luck” and a smile.
Where else in the world would they be so nice – you gotta love them small shops with them old people behind the counter.

The End of the Day?

Sitting with my cold Leo – happy about the old woman I did watch this interesting piece of lecture:

And of course, a few minutes before 11, there was noise at the gate of the Guest House. A Russian girl arrived and at that time of the night, there is nobody here to give her a room. Well, I took her bags in my room and we went to search for a room.
She wanted to spend not more than 4.50€ – I can do that. Turned out she arrived at the old airport and had a morning flight from the new airport. The stupid girl did spend that much on the taxi and wanted another taxi for the next day – so together she could get a cheaper nice room next to the airport without a big problem.
She said she knows the Riverline and they had cheap rooms. Err – I do not think so but we went there and the cheapest was 420 Bath. Ok – I took over and we went to the Lady Boy place round the corner but it was full. Next door there was still light at the Korean place – boom 160 Bath – 3,65€ Good.
Happy to fill my Karma account I went to the little Chinese shop for another 2 Leo and back for the rest of the lecture.
Then I could even sleep till 7 something – more Russians made a lot of noise in the Guest House – did some emails and stuff. Then I was still tired –  woke up after 11 – again!
So that did not work so far… 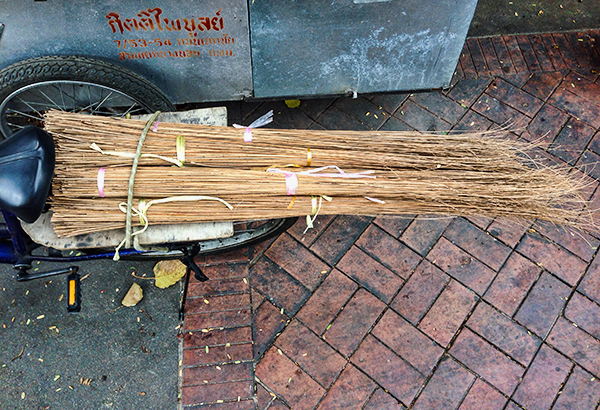 Went again to the Santichai Prakan Park for breakfast. 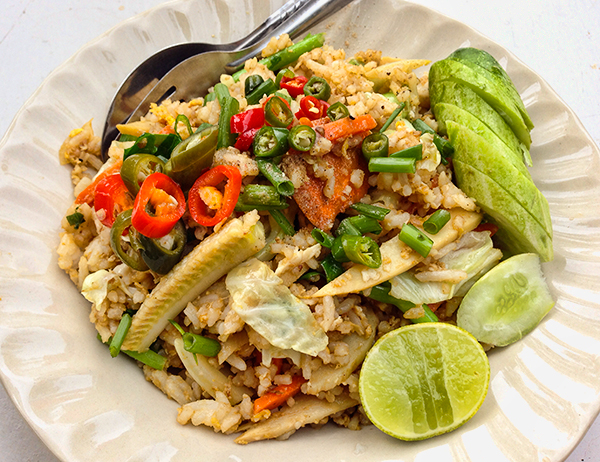 This plate was really good. The bamboo shoots give it a unique flavor and I could have a few of them – but I have to watch my weight after all. Philippine beaches are not too long away. So an iced coffee from an old lady on the way, the rice and a mixed fruit shake together was 2€ – what else can you ask for?