After a few days in Leh we had enough from the endless noise of Leh. All the tourists that need a Royal Enfield to go from their guest house to a restaurant and back, all the cars that go up and down and in between the military trucks and what not. Also Helena and Jathin where running out of time. Since you need an expensive permit to go to Nubra valley and then have to get on an organized tour we decided to go to the Chander Taal or the Moon Lake since you can walk there from the road and do not need a permit.
That requires a two-day trip on the mountain roads of India. The first day is a piece of cake since you only need to book a bus from Leh the day before or simply show at the bus stand in the middle of the night. We had our seats and tickets and a friendly taxi that put us in front of the bus in the middle of the night. Money well spend since we could sleep about 1 hour more.
The bus left more or less on time – great. It was another hard day on the road. But the landscape is really nice. Here are some pictures for you: 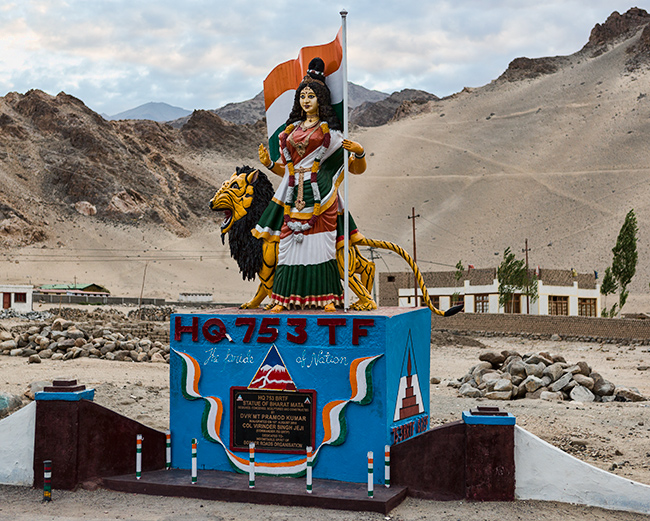 We did pass a few military installations and picked up some soldiers with guns. That gives you that really “save” feeling. One of them was sick for most of the drive. Hmmm how can you kill the enemy when you have to throw up all the time? 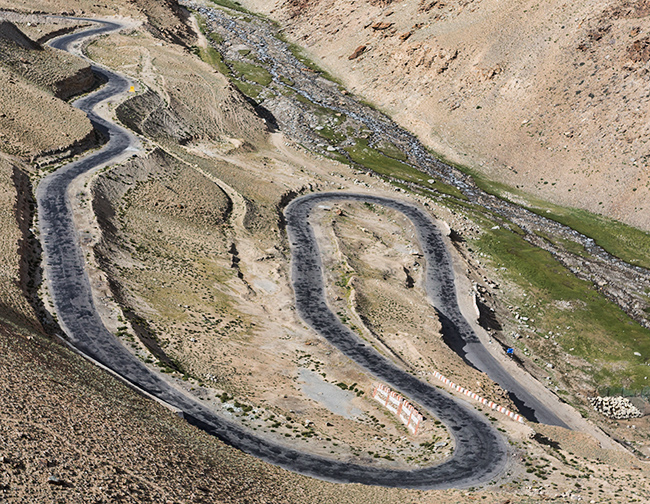 I name you “Snake of PotHole” 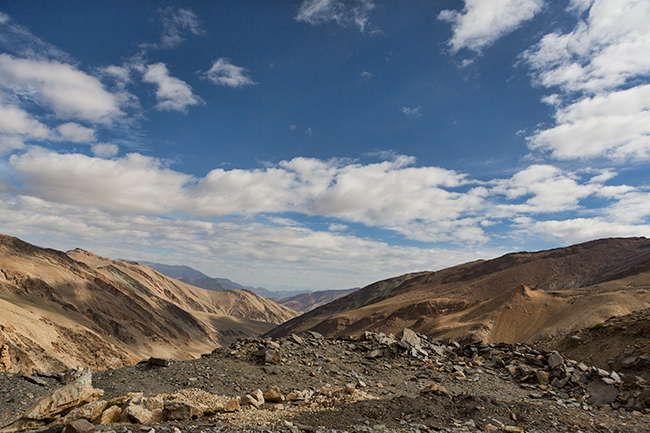 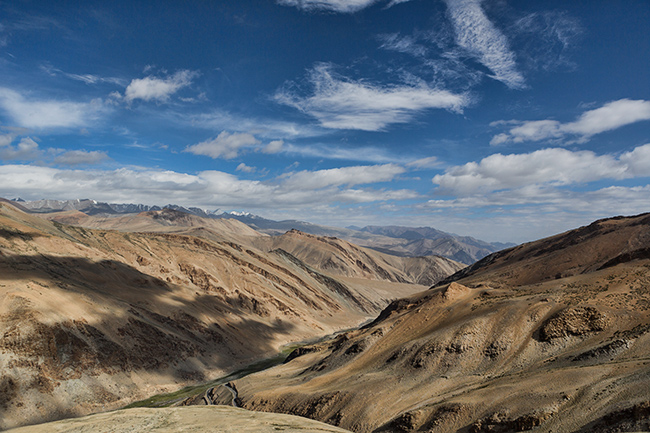 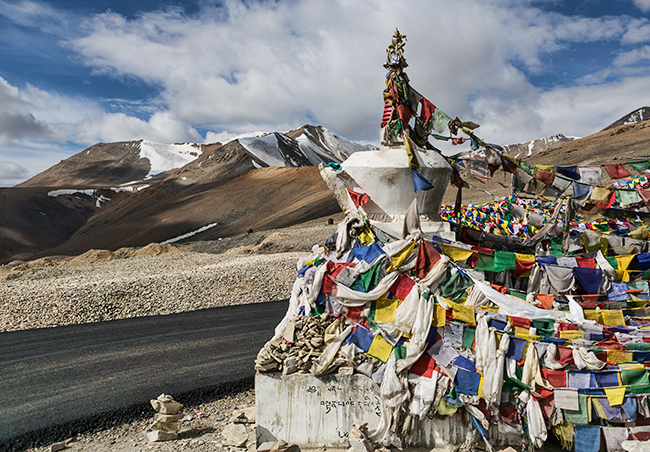 Stupa at the second highest pass in the world 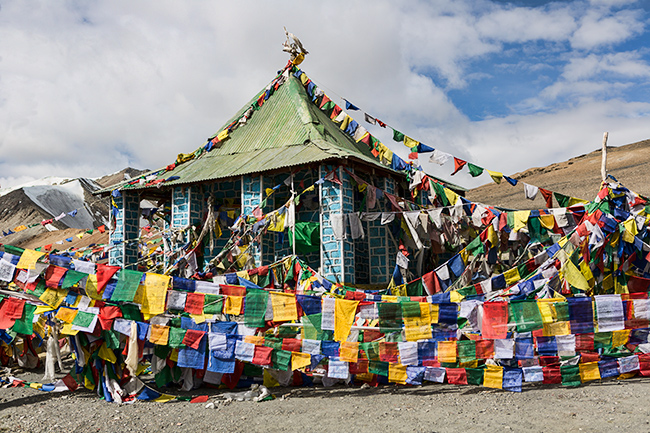 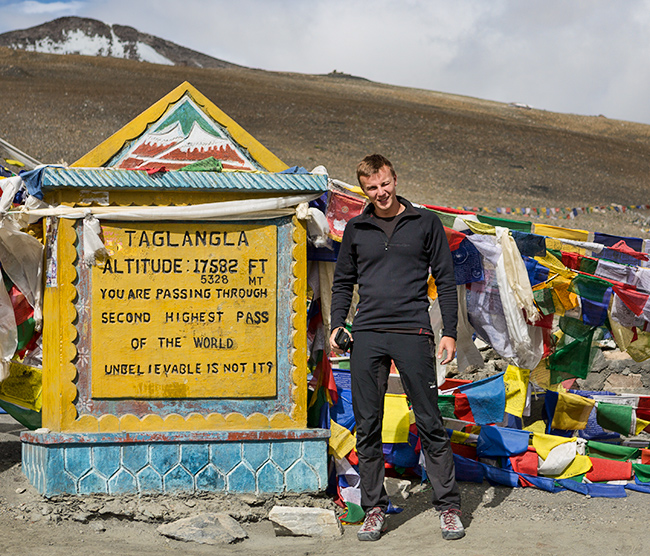 Mr. Miky does the tourist pose 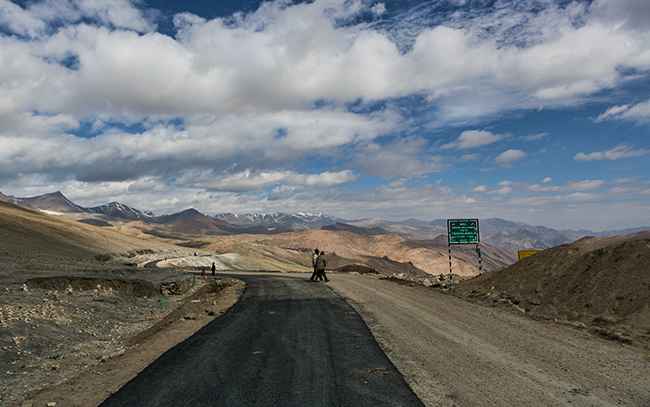 The other side – this is where we will go further 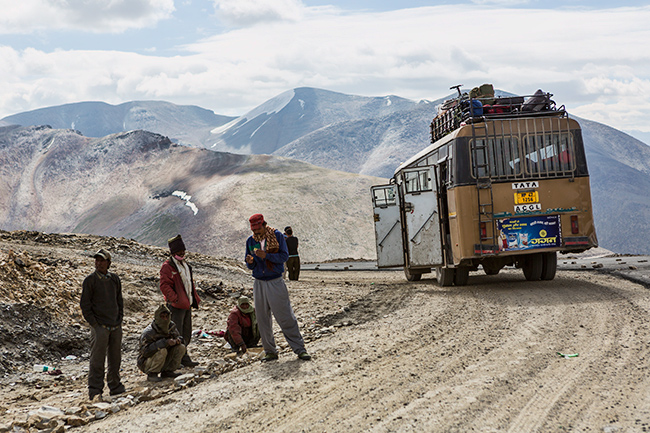 Our ride – the good old Tata bus. Hard to kill and hard on your spine. 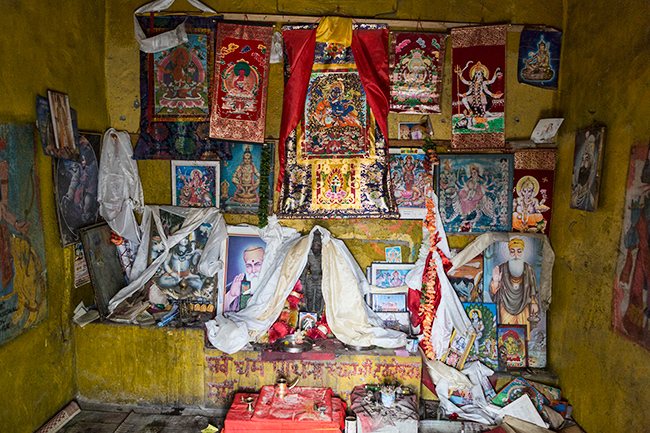 The inside of the temple. I was the only one to take a look. Strange! 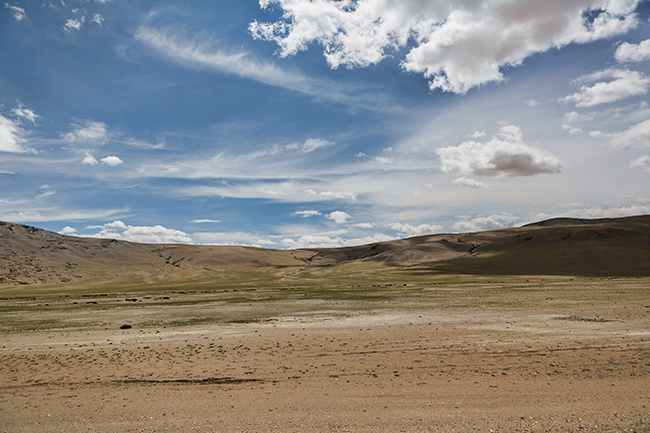 That middle of nowhere feeling 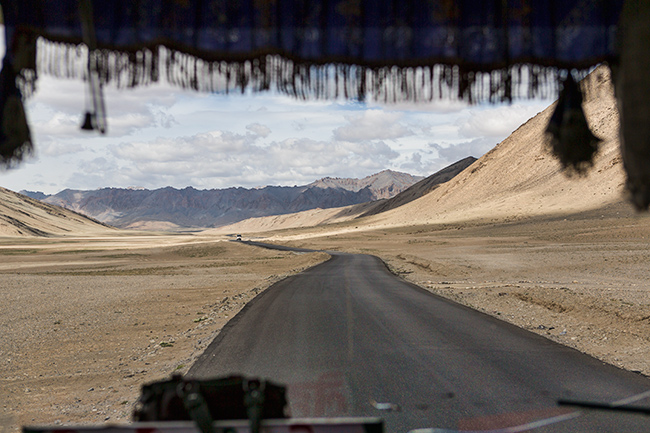 I gave the driver and the conductor a Coke at the breakfast stop. That was the best bribe ever! I had seat number 2 and 3 for myself for the whole ride – from dust till night! And the last few hours they put me on seat number 1. That was an upgrade from business class to first class! And there where many passenger that climbed the door and wanted to sit at number 2. Only in India! 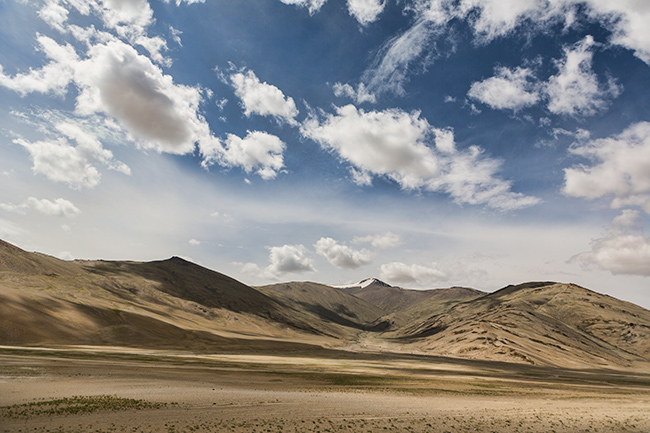 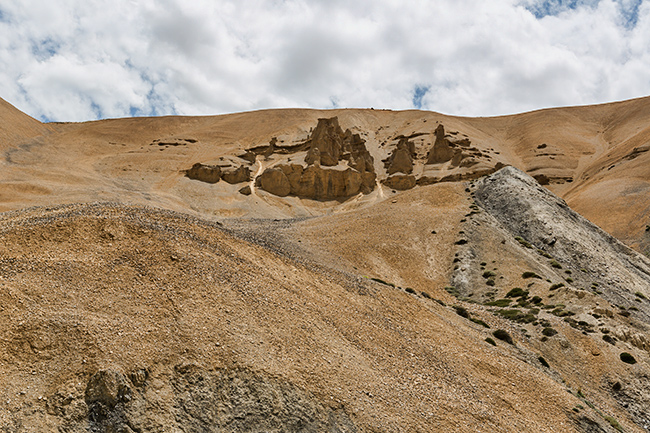 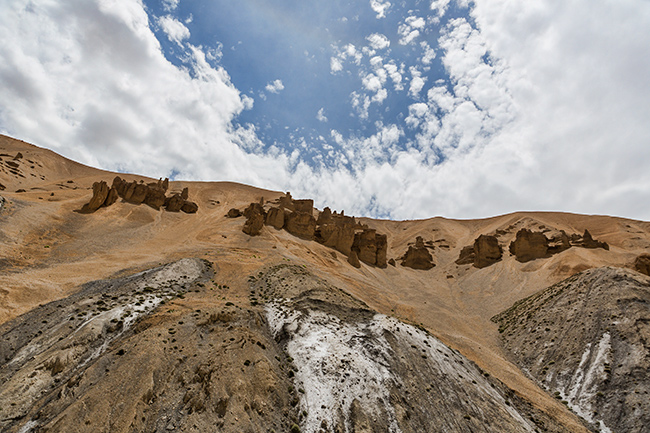 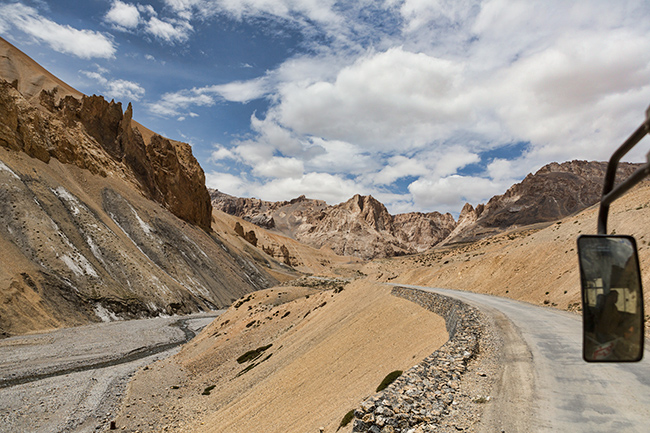 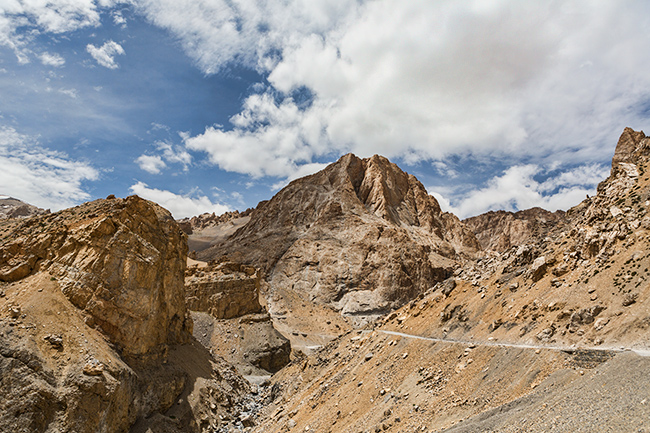 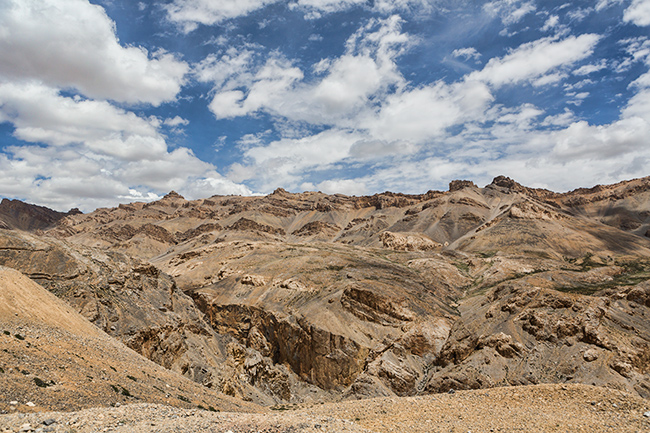 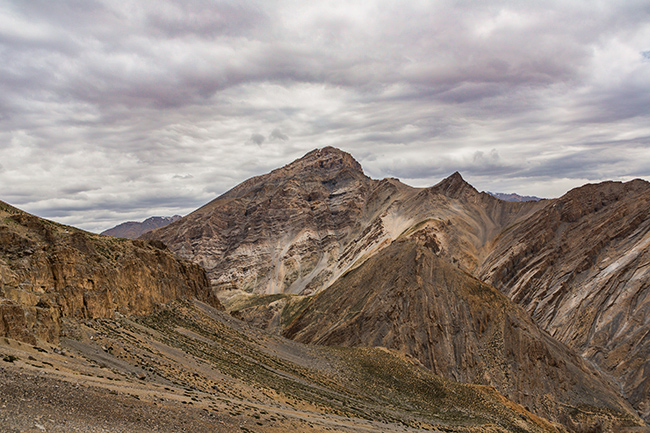 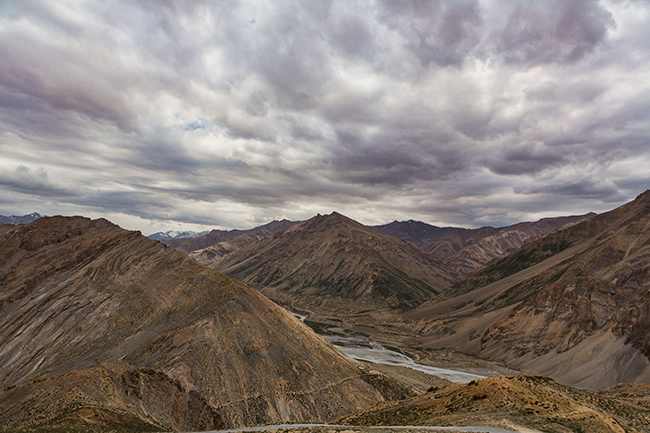 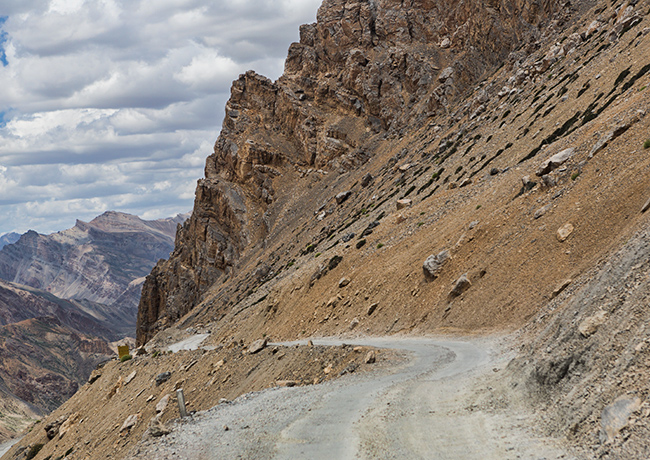 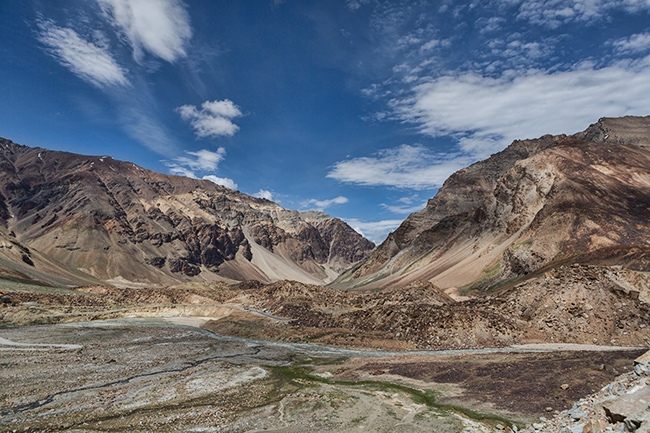 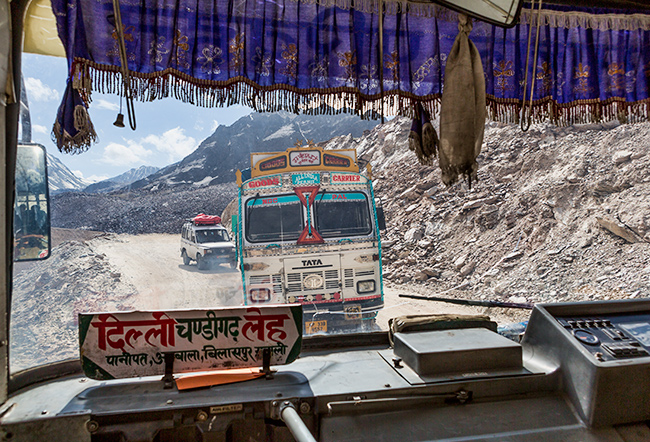 At first everybody will keep driving till the vehicles face each other. Than after a few seconds everybody starts to wave hands – in the vehicle and then out of the window. If the other vehicle is a truck or a bus than it takes some time. If it is a car usually the car has to back up. Since the car drivers should know that after a while it really puzzles me how they drive right in front of the bus all the time. And all the time we could save if the drivers would only stop where the other one could pass. Incredible India! 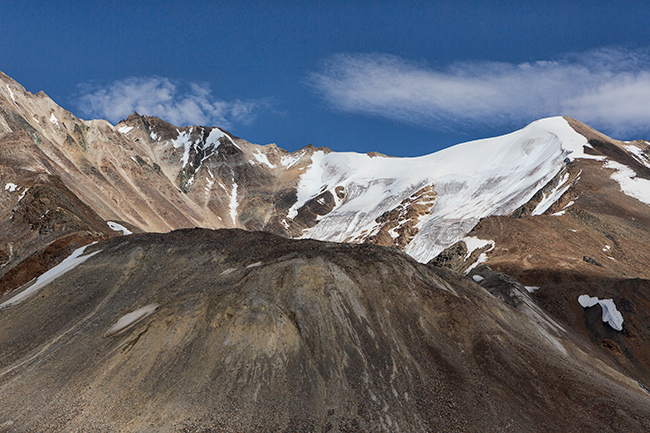 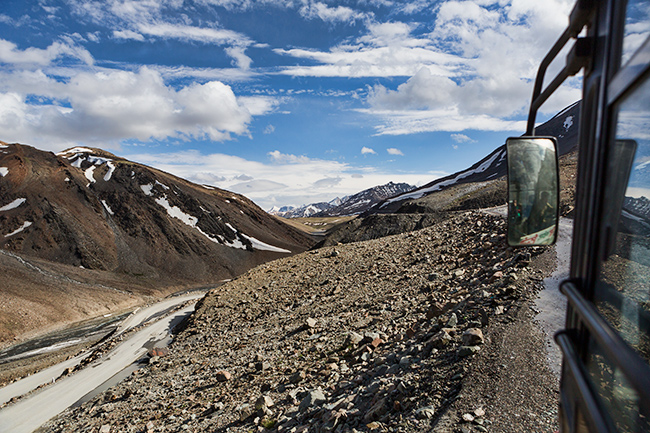 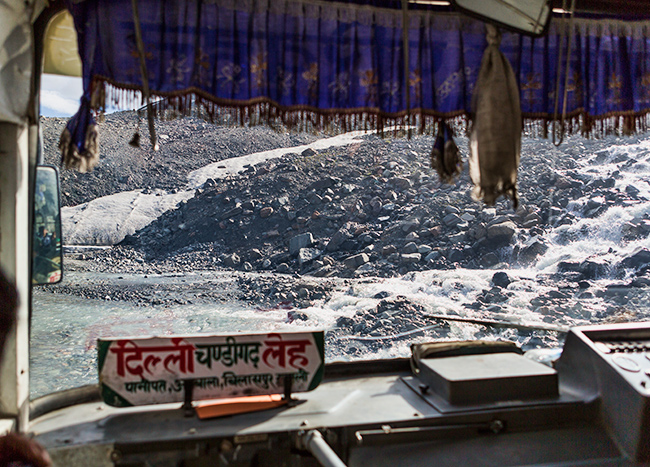 There are lots of rivers that come down the mountains. Sometimes it makes you wonder how the small cars can manage them. With the truck or bus it is more easy because of the big wheels. 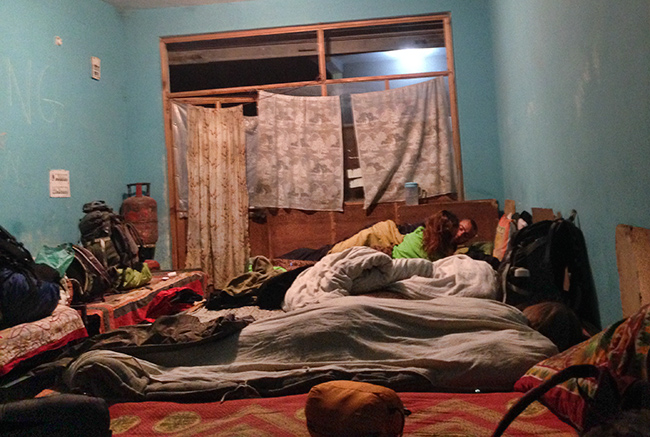 Finally we arrived at Keylong. We did find out that we have to catch the 5.30 bus to a junction so there where only a few hours to sleep. A few drunk guys did try to sell us rooms. With the usual how much and how far i decided to go with one of them. He wanted 70 Rp. I showed him 5 fingers – he stared at them for a second. Than i told him 50 and he did agree. I even gave him my bag to carry – and a 20 Rp tip. He was happy and smiling. Turns out that our room was a shitty dorm. In fact the worst dorm ever. Which was fun again. For a few hours that was our new home.