The first night on the train was not really good. Had booked the lower bed in a 6 bed compartment and there where only 3 of us. But at every stop somebody gets out and new people come in. Some only for one stop and some for a few. And the guy next to me was snoring like a hog. Good that I had a few beer since I was not tired.
In Saigon I booked Zu Coffee – a little home-stay a bit away from the centre. Since my bike does not travel with me in this train I would spend a bit more time there as intended. Still have to finish “The China Study” and another book is waiting. From the pictures at booking.com I know that they have a big garden. Looking forward to sit outside with only a shirt again. Blue sky and upper 20 degrees only 30 hours away!
Finally I managed to sleep – interrupted to many times in the night. 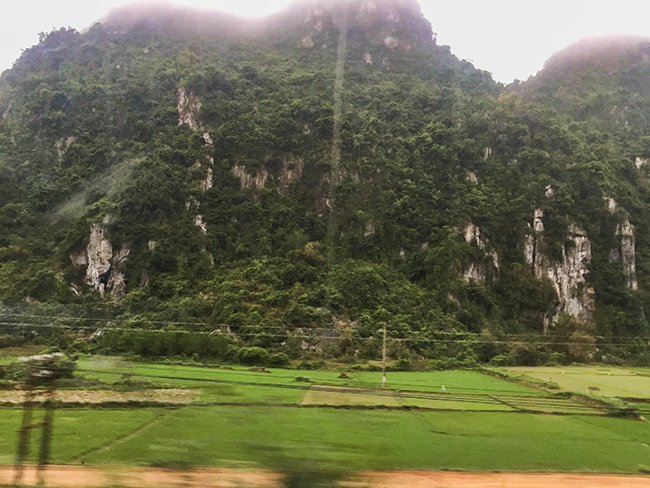 The next morning – still Gray and cold outside. Taken at Phong Nha-ke Bang National Park 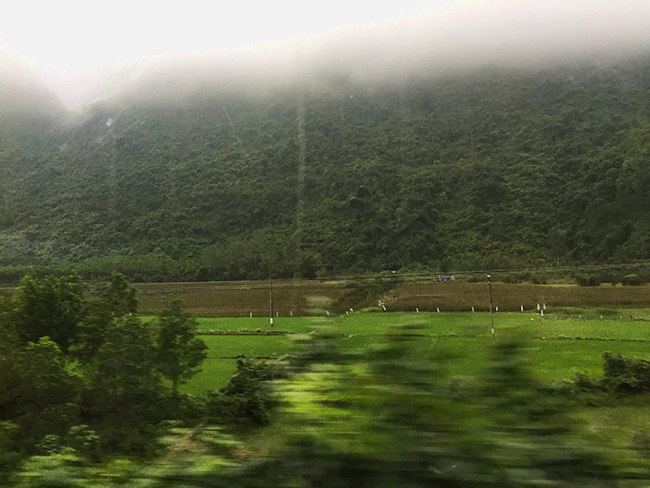 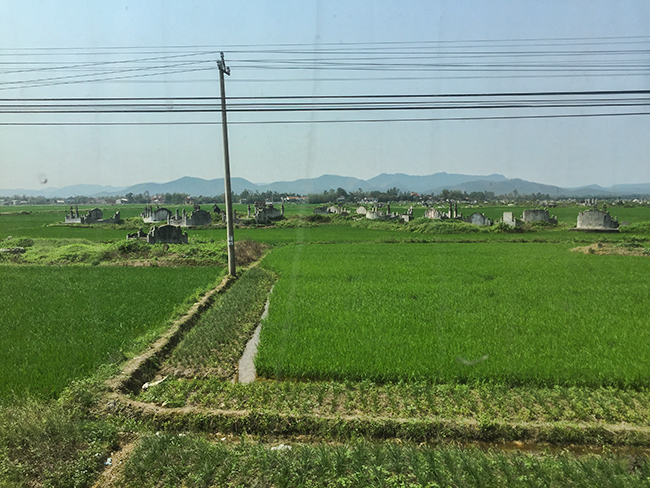 Finally – in the afternoon: Blue sky at Tỉnh Thừa Thiên Huế! And the sun is back! 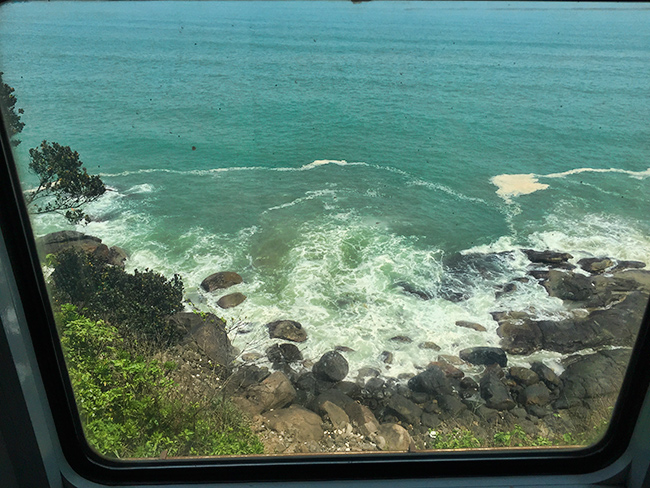 The ocean outside of the train window 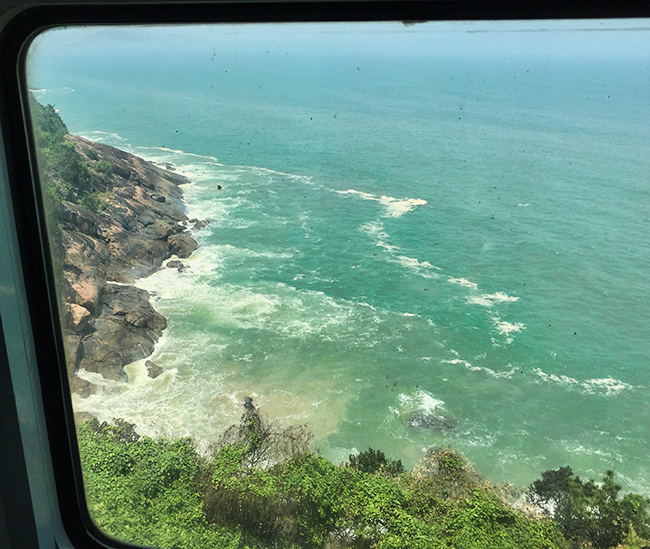 For quite some time the train follows the shore line 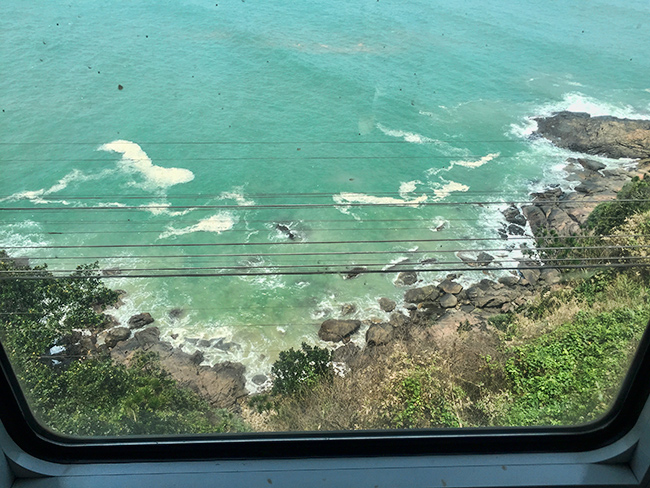 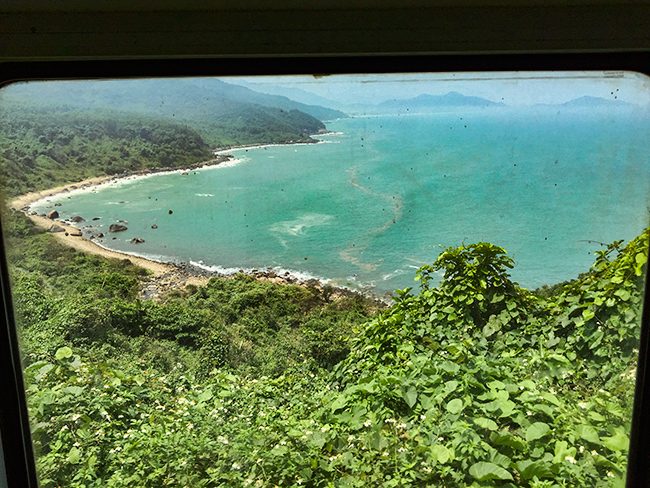 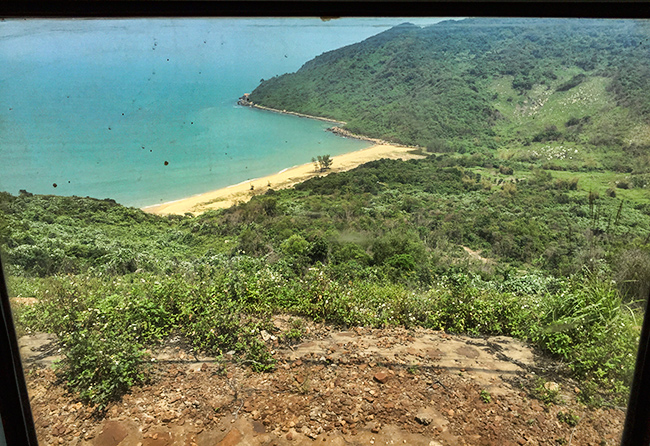 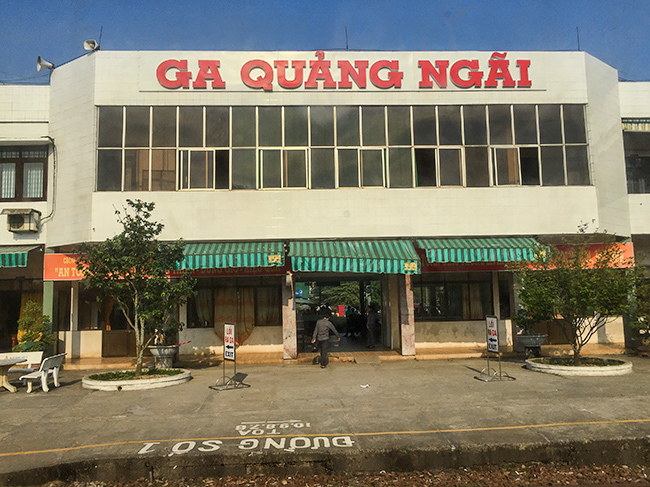 Train station in Quảng Ngãi. I am quite sure Ga comes from the French Gare 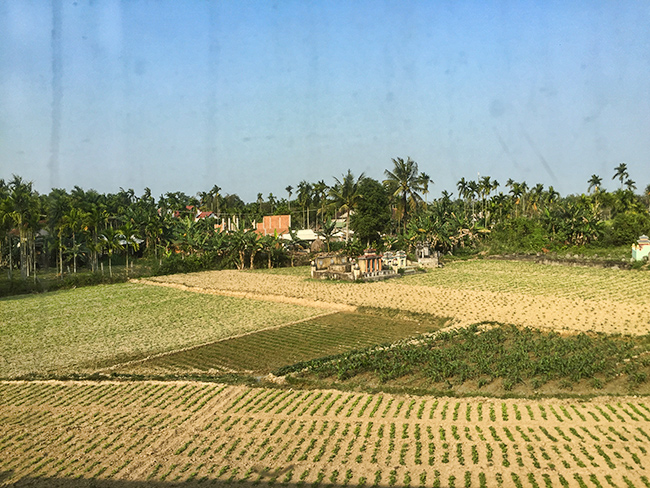 Fields outside of Quảng Ngãi 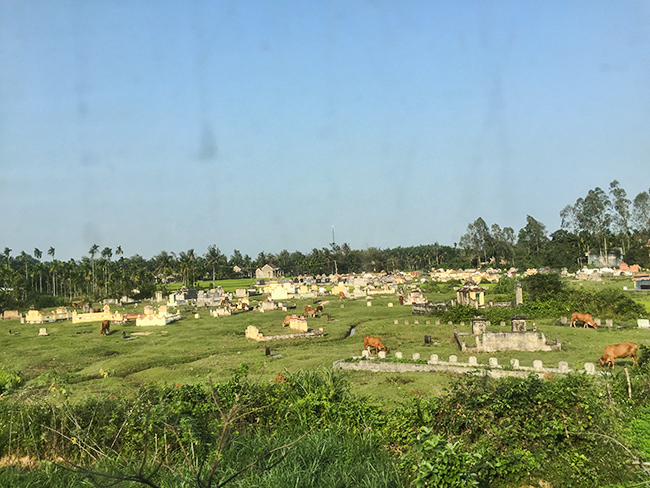 Graveyard outside of Quảng Ngãi 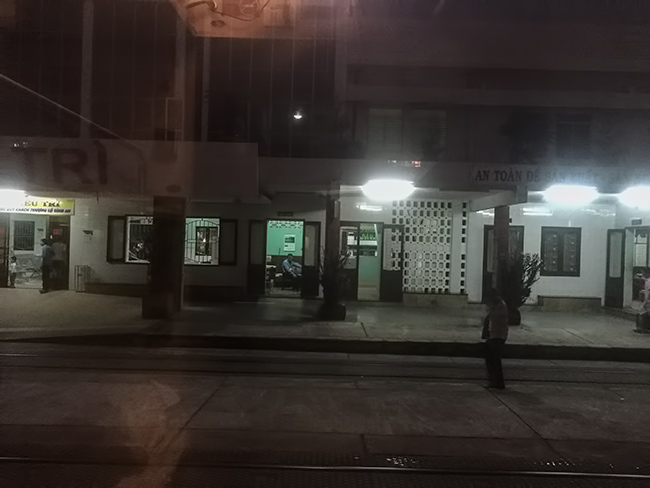 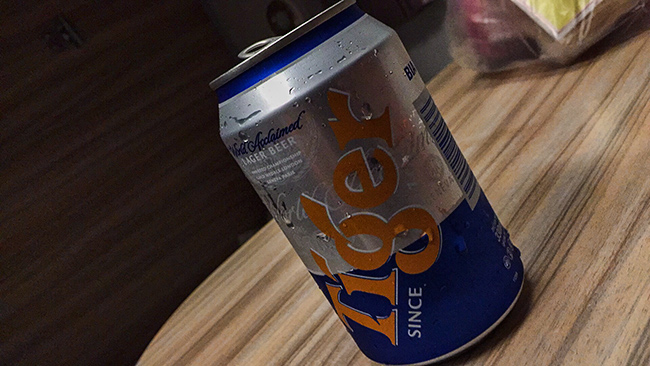 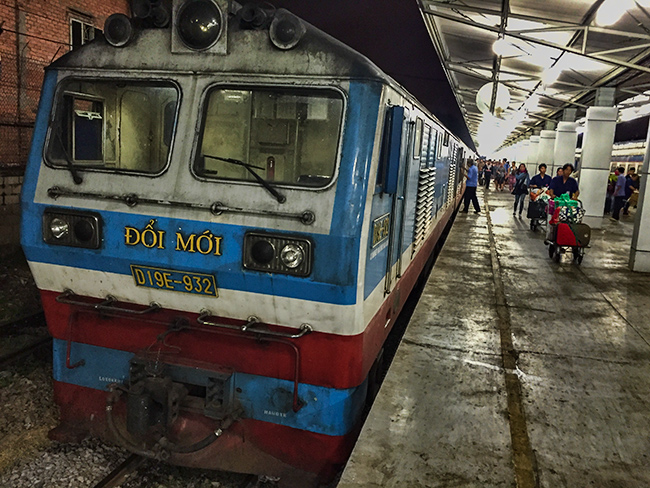 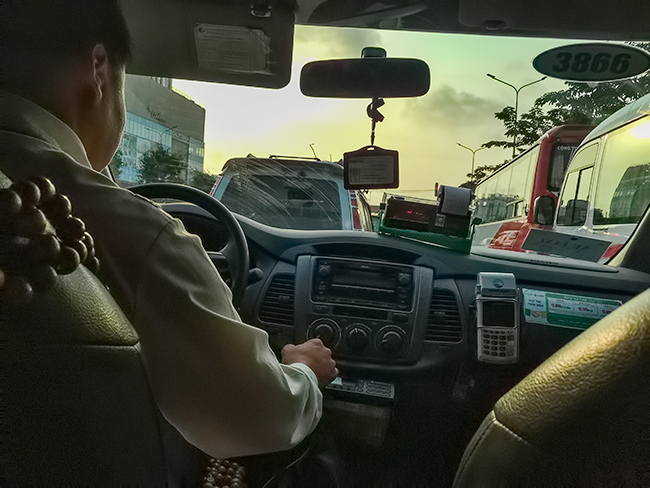 I had a fresh Banh Mi and a coffee since it was very early. Than I walked to the main street to get a cab to my hotel 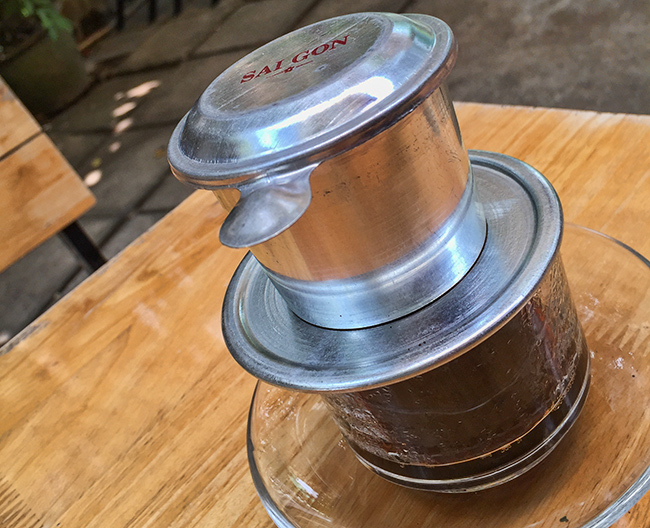 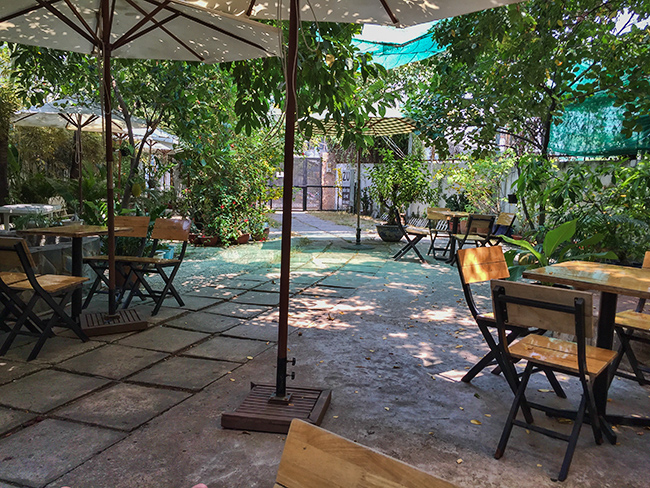 Did stay at Zu Coffee for 8,50 € a night. A room with double bed, table, chair, closet, Wi-Fi and air-con. Shared bathroom with hot shower. Since I was the only guest it was more like a private bathroom. The place is a few kilometre from the centre in a quite site street. Their coffee is only open in the morning. Later they close the gate so you have the whole garden for yourself. Nice to chill a bit and read or do nothing.
The family was really nice and helpful – a great place to stay if you do not want to go down town every day. 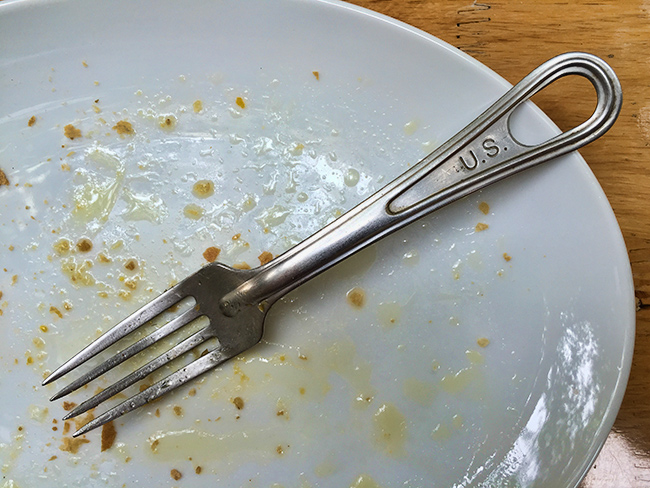 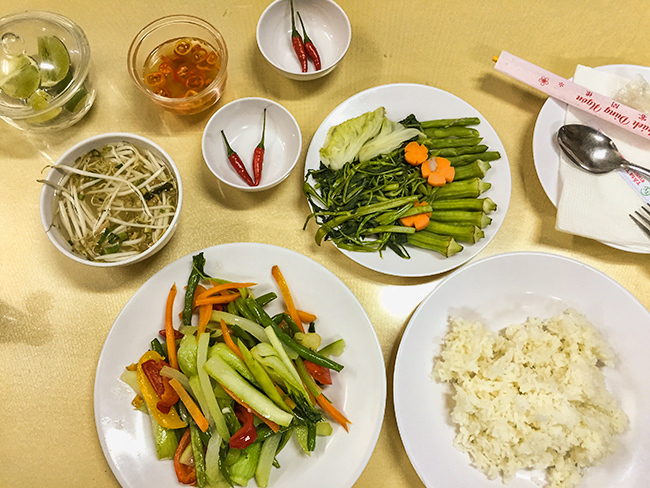 About five minutes from the hotel you find a good food place. Go to the main street and turn right – keep walking for a minute. Everything on the pictures was 1,40 € 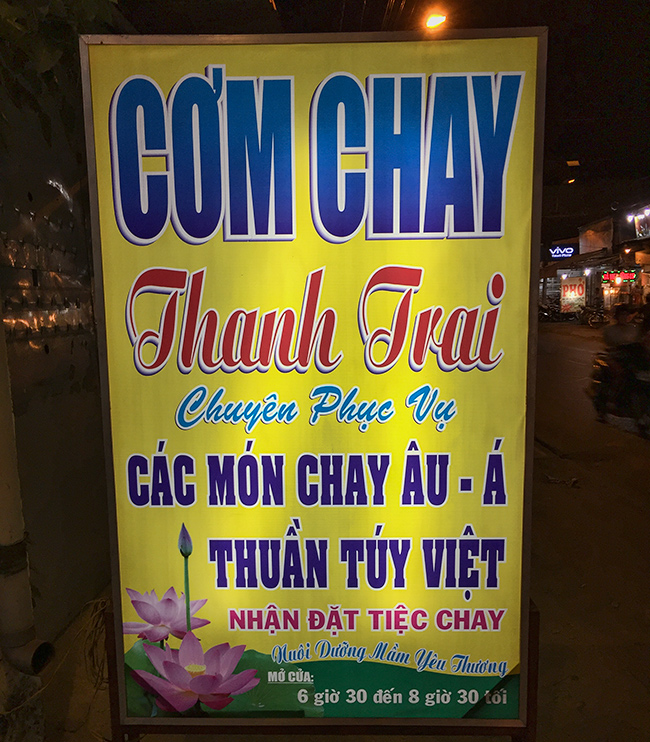 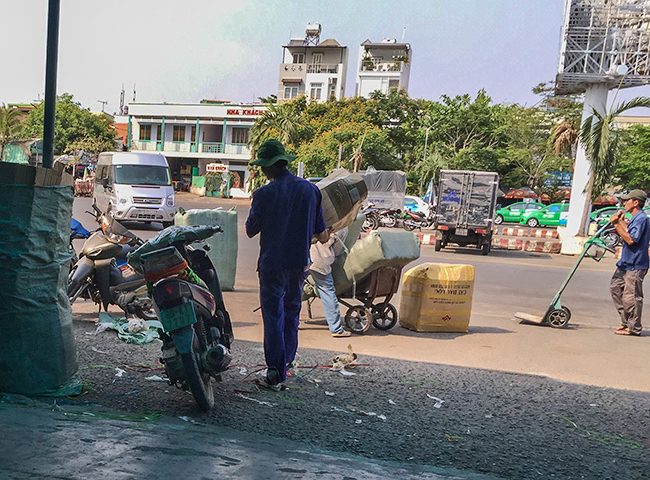 On the 16th in the morning I got a call from the train station. My bike is in Saigon and I can pick it up between 14.00 and 17.00. Cool! That nice gentleman took it out of the box and did cut the cardboard for me. Still enough gas inside to get to the next gas station to fill up. 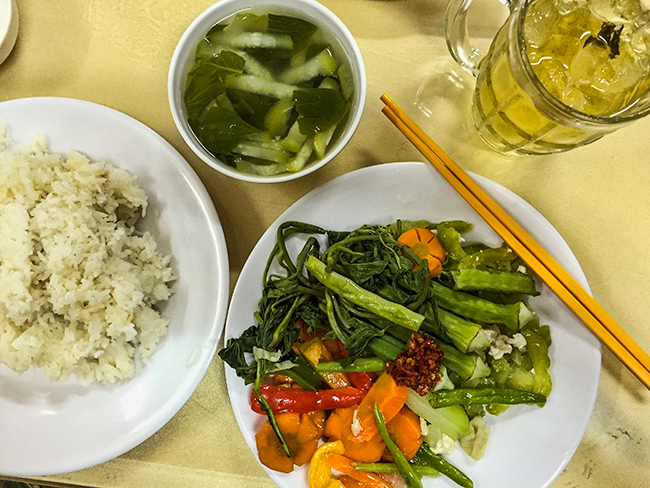 Went again for dinner to the place – this was 0,60€ and really good again!