A Italian family from Belgium wanted to give me a ride back to Kaza this morning. But the jeep never came – the road was blocked – surprise. So i hiked down to the street with Massimo. No car no nothing so we went into the local soup shop. 3 tables and one old woman – and: Laele from France. She started more than 30 hours ago from Dankar and did not really get far. Some food and 2 beers later the road towards Kaza was open for jeeps again. We did find a lift after some time and made it back to Kaza. Erik came later in the afternoon and we went in “our” guesthouse again. Good times – 2 nights later everybody left me so i took of with Alex for a short trip into Pin Valley.

You can imagine what forces created this mountains. Folded like towels – a very nice view. 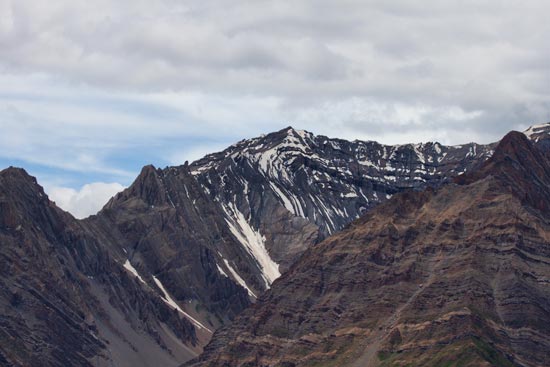 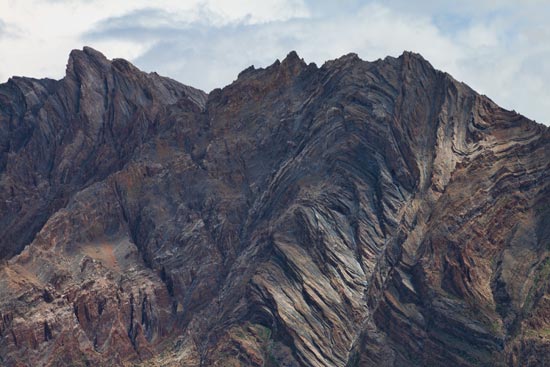 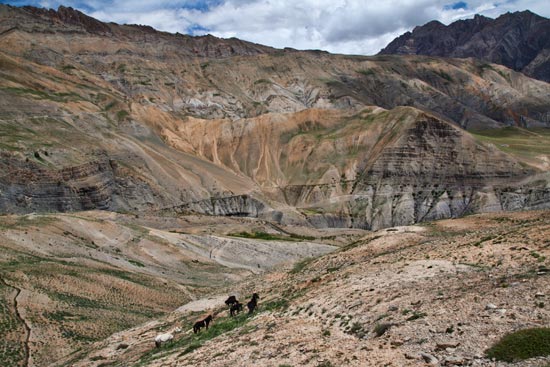 You would not believe it – i went up the hill behind the house and it looks like a 20 minutes walk. Took me almost 2 hours as it is steep and the air is thin. The reward? Some horses! 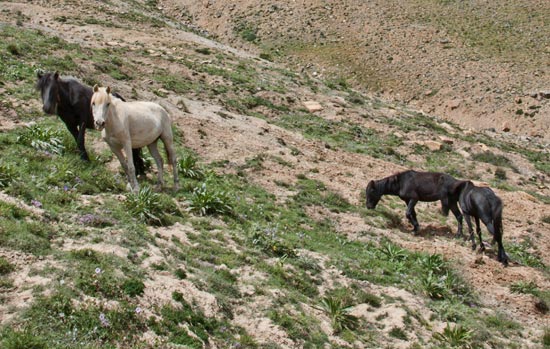 The locals leave the horses roam the whole summer on the plains. A few go to the snow leopard each year. They are kind of shy as they do not see to many strangers the whole summer. Later i did see a whole bunch of them.
It is one thing to get up a hill or mountain. The other is to go down. As my horse viewing brought me far away from the site where i came up i decided to go clockwise round the mountain and slow down. First time i could really use the heavy boots i bought for that trip. Guess i had some luck on some parts not to fall down a few hundred meters. But that is the fun part of it (at last when you save down from the mountain again). 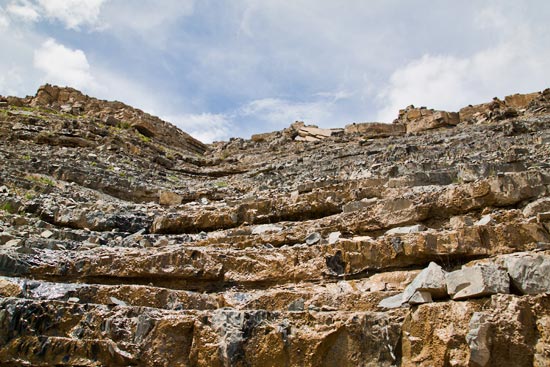 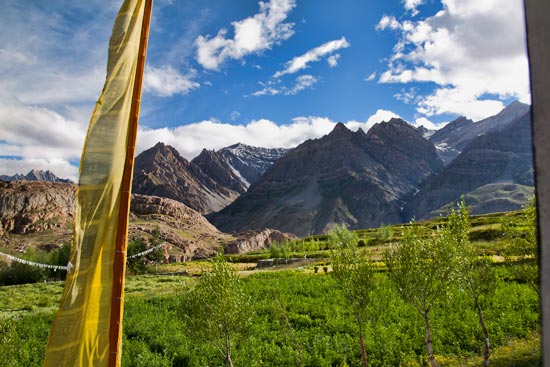 We stayed in the house of an Lama – he did also cook for us in the evening. And he had a secret sorce for the local moonshine!
This was the view out of my Window to the right. 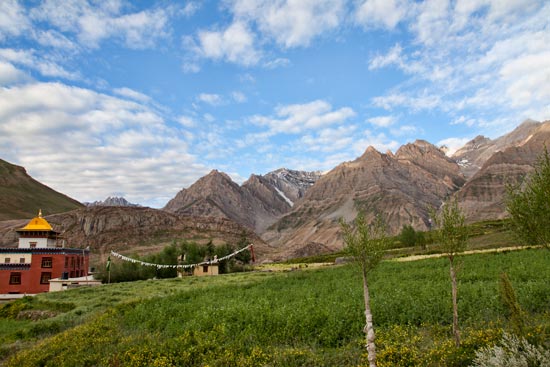 And the left. There was one more window and the best – it did not rain in Pin Valley so the mud house was complete dry and did smell really good. 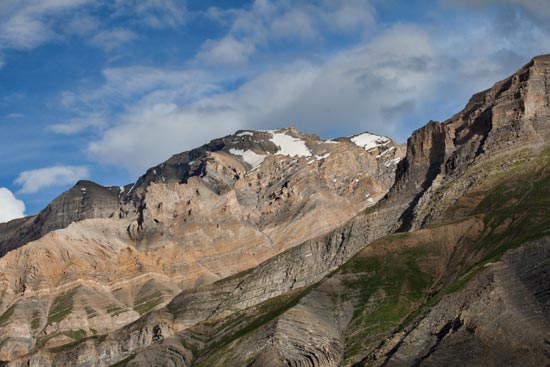 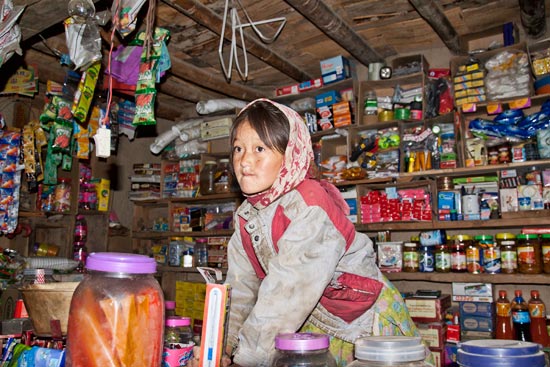 The shopkeeper of the only local shop – strange strange but most shops have no window. Guess that makes it harder to break in?? So if you go shopping better bring a torch with you. Got some candy for our hosts children and beer for my mineral intake.