After 2 lazy days with a lot of sleep it was time to go up to the Gaumukh Glacier. Did meet a nice couple from Spain and we started to move at 6 am. 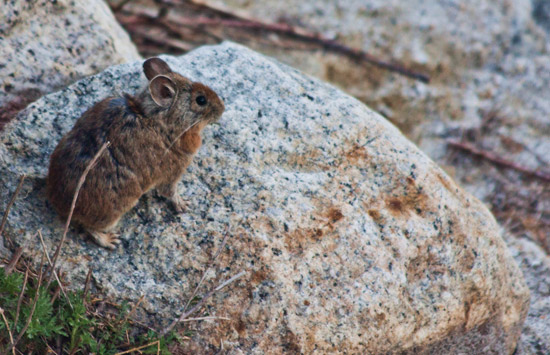 Did watch him eat for a while 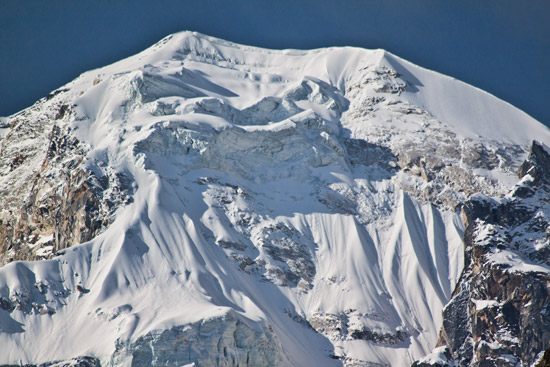 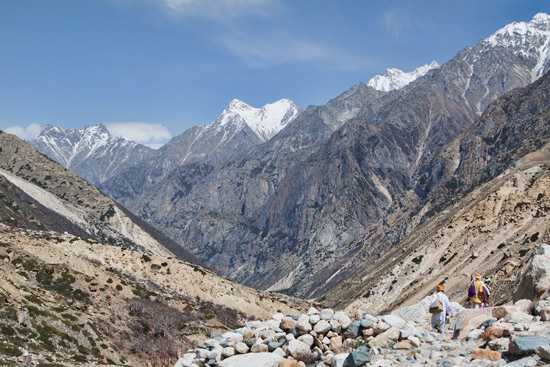 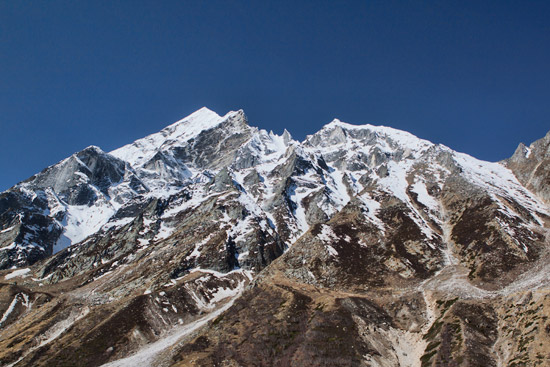 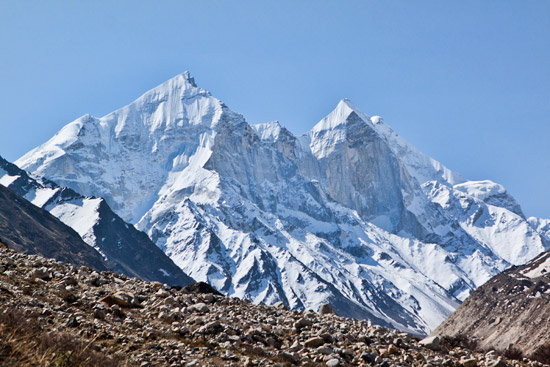 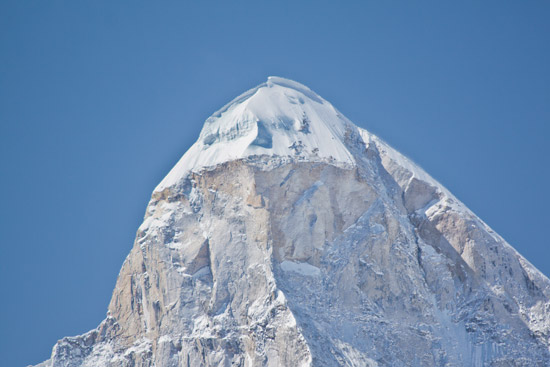 After 4 hours we reached the base camp Bhojbasa at 3790 meter. 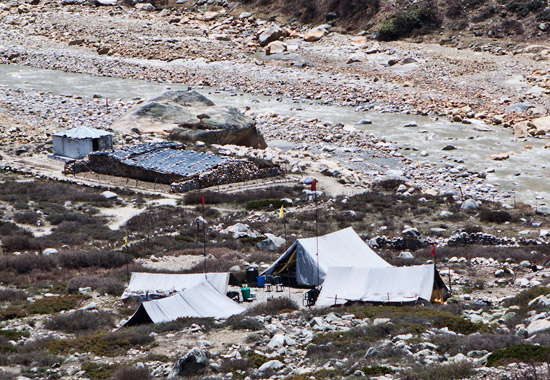 If only this was Nepal it would have been a nice place to spend a few days even. But there was a tent for us and instead of selling a big thermos of tea you get a tiny cup and that is it. Lunch? Everybody ran away – only from 12.00 till 13.00 and so on. Well – it was a clear night and it did start to snow a bit. After dinner i was happy to move to my mattress for some sleep. Again two blankets over the sleeping bag and all the cloths i did bring got me worm enough for the night.
The next morning i did wait for the sun to reach over the mountains for the tent before i got out of my warm nest. There was ice in the water buckets so it was below freezing up there. After another tiny cup of tea and a very small bowl of sweat rice (breakfast they called it) i was on the way to the source of the Ganges. 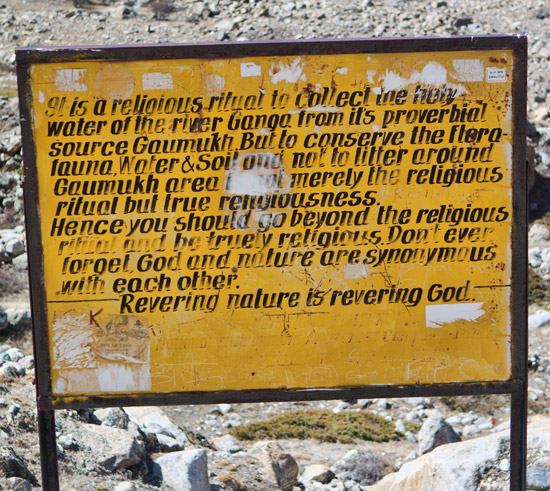 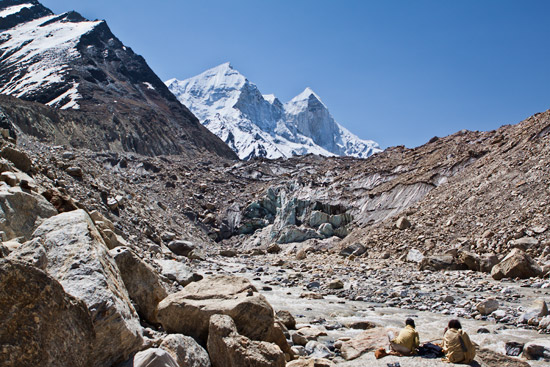 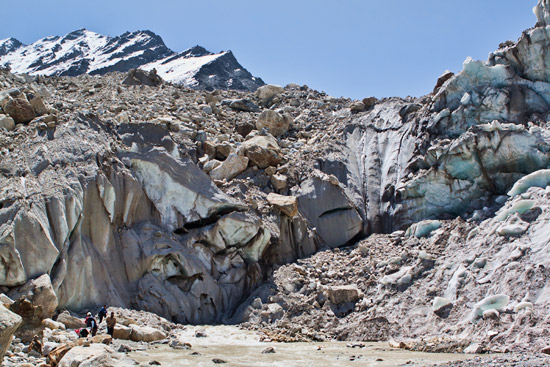 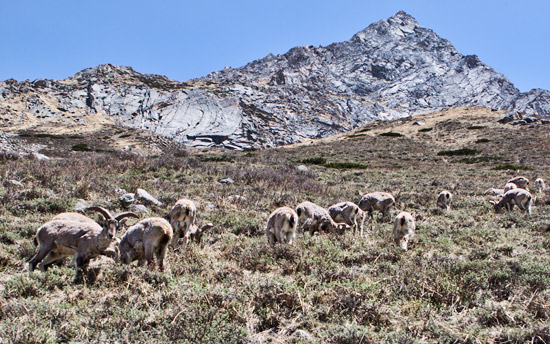 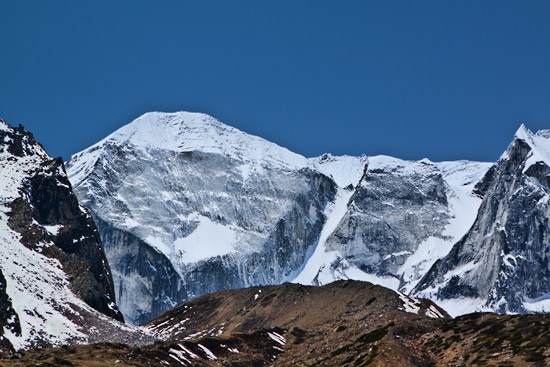 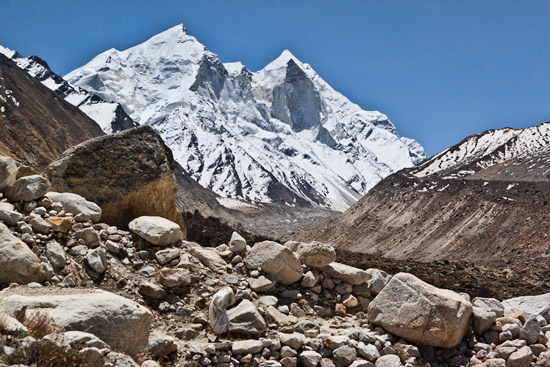 There is a little old Zadu in the middle of the picture on the path – his cloths are almost the same color as the rocks so not easy to see. He did the trip bare foot – wtf! 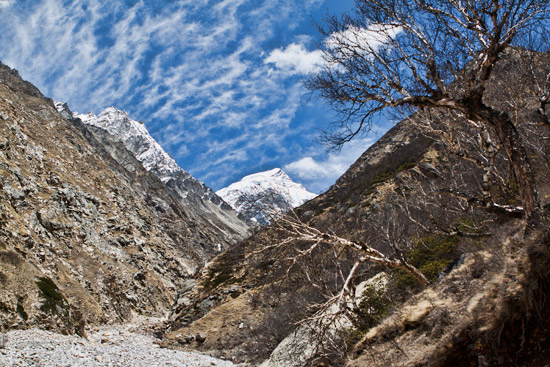 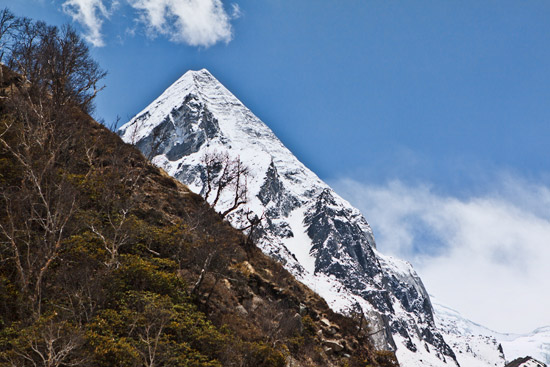 It was only 5 km from the base camp up to the source and than 19 km down to Gangotri but i really was happy to be back in the afternoon. A cold shower and some food later it was time to sleep – a few days in cars and buses before the next destination: Dharamsala.