Did get a ticket to Trat in Thailand straight from Otres Beach in Cambodia. So it comes with pick up at the “hotel” and goes all the way to Trat bus station. Now the next morning i had to be out at 6 in the morning – that is not really my time of the day but that is that and i wanted to go to Trat. The taxi to the bus turned out to be a small motor bike and the driver had some problems with my way to big and heavy bag. So i had the bag on my knees and it is quite a long ride to the bus station. After to many minutes at the motorbike we did reach the actual ticket office from where the bus would depart to the border. Still 40 minutes to go so i had a coffee next door. They could not really understand why i wanted a local coffee and not some Nestle instant coffee but then the old woman was convinced with the help of her daughter and i got a nice coffee. Back to the waiting room there was a German couple sitting next to me and it was quite entertaining how they did plan the rest of the day. Even better was a bunch of Russians that a Mini Bus did spit out in front of the office. They where to late for the bus and had to catch a flight from Saigon the next morning. So they had to arrange somehow transportation to the former Vietnamese capital. That did shorten my waiting time a bit. Finally the local beggar did arrive with his woman – mother? She had no shoes and was quite dirty. He did look as he was drinking most of the night. So now she went to everybody that came out of the next few Taxi’s and did try her luck. Walking bag each time to the guy and gave him the money. I hope she gets at last some of it in the end of the day. There was a fat German with his Thai girlfriend and an Italian that could speak German. He gave her all his change and later they did find out that she gave it to the guy. Than the two man did discuss for a while if that was a good idea to give her the cash or if it would be better to get her some breakfast. Well and then with the help of all that people i managed not to fall asleep – the bus did arrive and i went to get a good seat. Which did not work as they filled that bus to the roof. Still it was ok. Turned out that we did stop somewhere for food so the Italian was not happy as he gave away all his Cambodian cash to the lady.

High Noon at the Border

Sure enough the bus got to the border when the sun was blasting down at us and everything was nice hot and full of dust. Out of the bus and the stupid driver managed to park that much to the right that there was only a small path to collect the luggage – even better – they did a good job and all bags on top of each other so it was the usual fight for the bag game.
Than we had to check out of Cambodia – that means walking to the little house and forming a long line in the sun. The usual friendly man did arrive and tried to pull everybody on the side of the house where they offered them “help” with the immigration. That means you give some money and they handle your passport and then you have only to come to the window for the picture and are off. I did not do so and it was quite interesting to see that whole system work. Since they friendly man give money to the immigration officers they had only one window open for the rest of us. Lucky me – i was faster than most and did not have to wait too long. A stamp and picture later i was on my way to walk to the Thai immigration.
Over there two friendly Army guys wanted to check my bag and a minute later i was at the immigration house. Fill out the form – bam – 4 weeks stamp and continue to find my bus. Sure enough the big bus turned into a few different Mini Buses. We had to wait for enough people to fill one of the vans and that took quite some time.
Time to do some more social studies. One guy was in a great hurry as he wanted to go to Koh Chang and was afraid to loos a certain ferry so he could not make it to a certain beach at the same day. So he went back and forth to complain to the guy that did arrange the seats. It is a bit like watching a movie – it was hot and got hotter and so was the temper of the guy getting hotter as well. In the end some did hire a private Taxi for a lot of money which is probably the point of that whole exercise – make some extra Bath…

After a looooong while my Mini Bus finally moved and a few hours later i was in Trat and another Taxi ride later looking for a room. Which took me 20 minutes but i got a nice one with bathroom for 350 after she wanted 450. Why not have some luxury after the few days on the beach in a shitty room.
After the shower i went to find a food place and did run into a friend – what a small world. And i did run into him again next morning on my way to find a breakfast place. How nice :-) 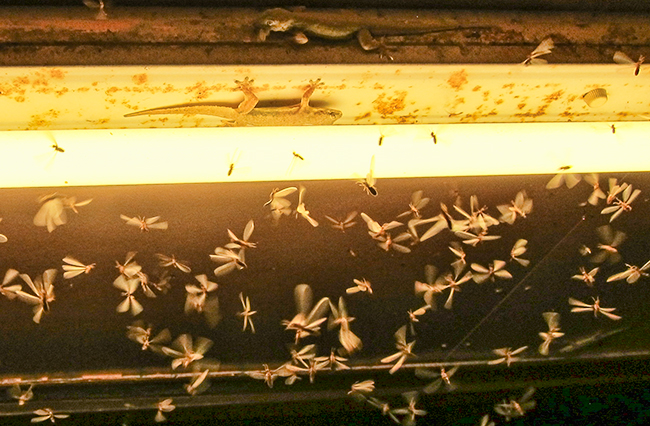 There was a short window before the sun was down when an army of insects came out of nowhere and attacked the lights outside the guest house. The time of the gecko! All of this was over in 10 minutes and the insects were gone again.

After two nights it was time for the last leg to Bangkok. That was another Mini Bus to the Victory Monument and from there a Taxi to my Guesthouse. We did pass a lot of soldiers and the barbed wired streets where the protest was blocking traffic. I learned later that a few guys did get shoot that day when the police and soldiers tried to clear the roads. 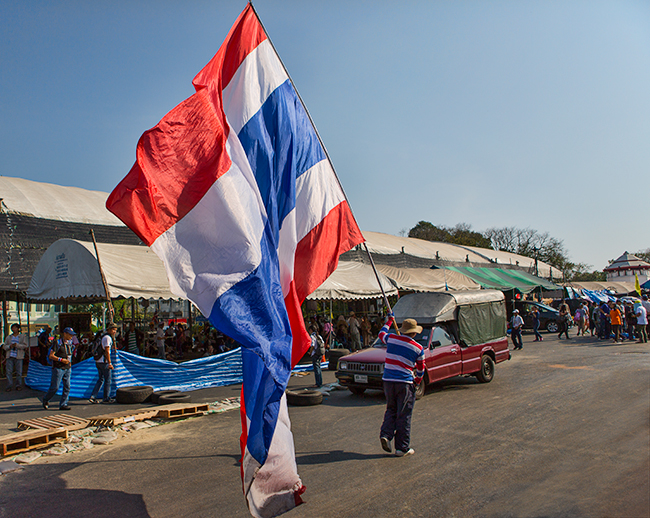 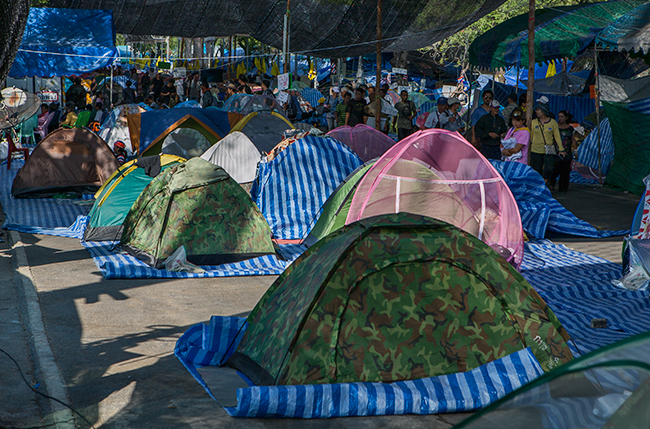 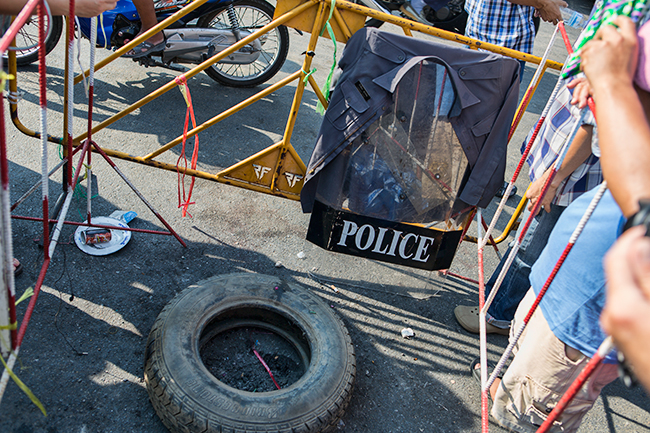 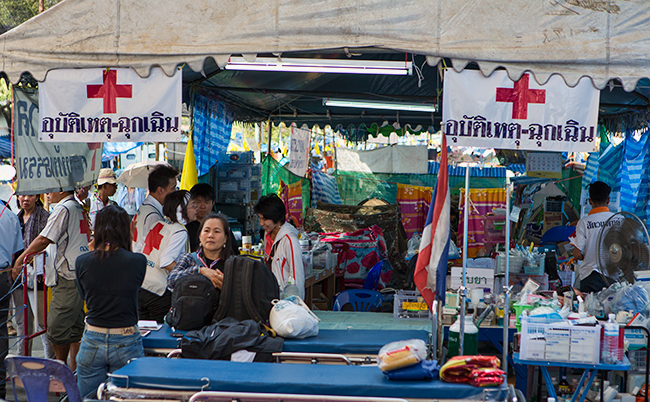 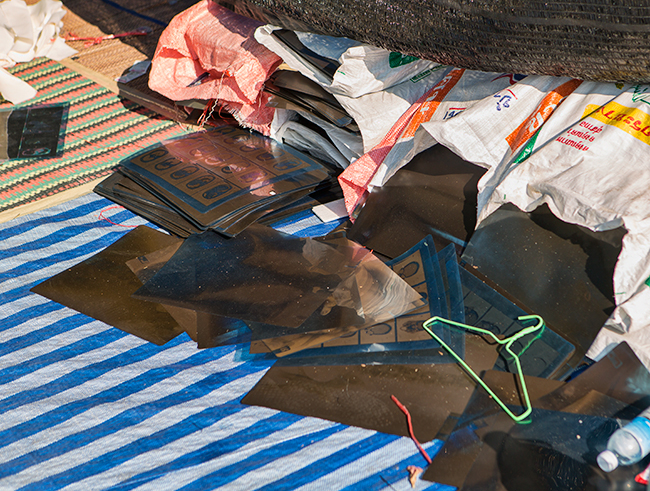 Some guy came up with the idea that a few layers of x-ray film could stop a bullet. So there was a big “bullet proof vest” production tent. Of course that is complete bullshit!
The Bangkok Post did a test of x-ray bullet proof vest’s and they do not work. 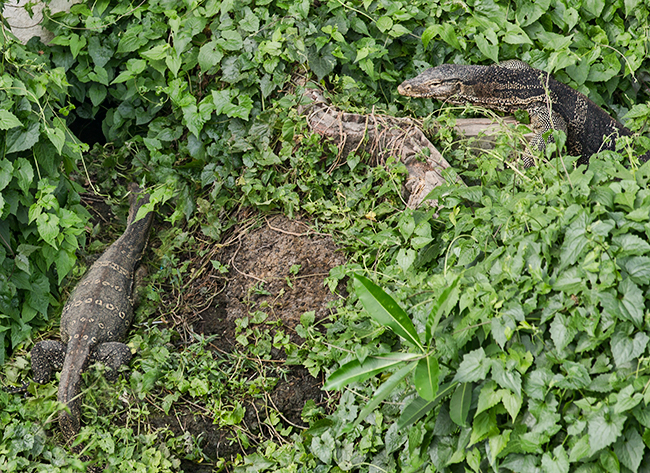 The garden next to my guest house 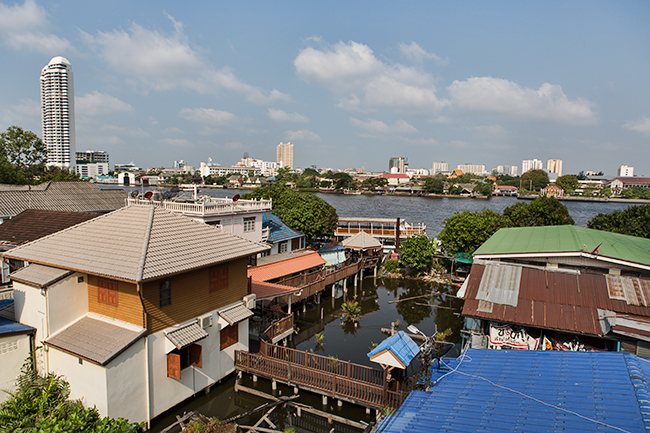 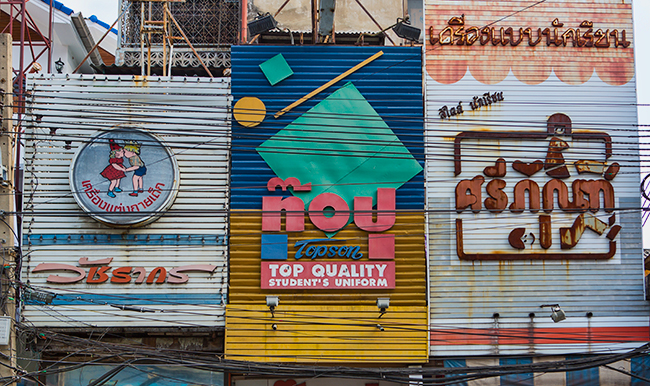 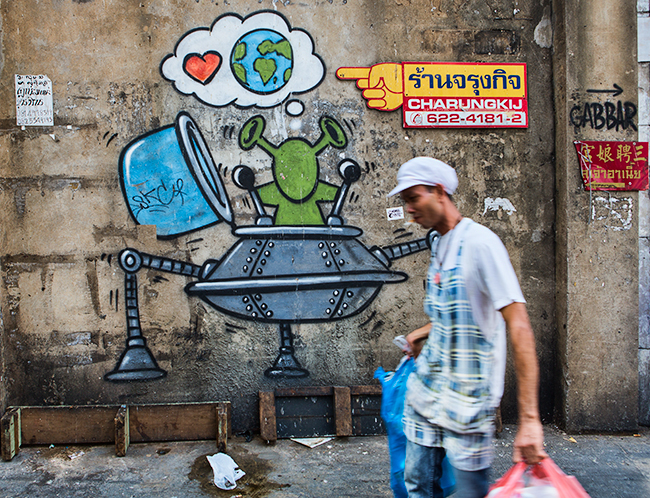 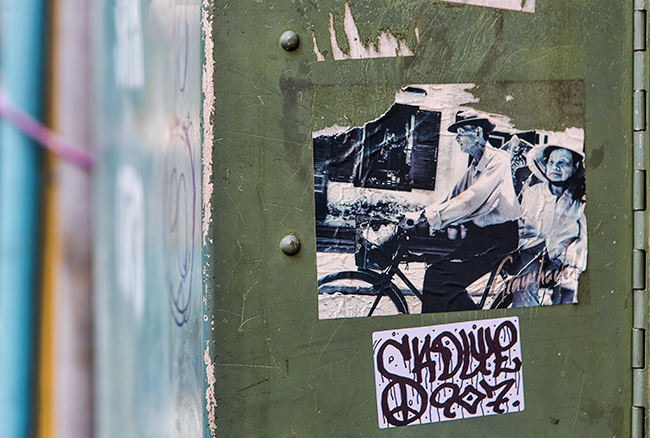 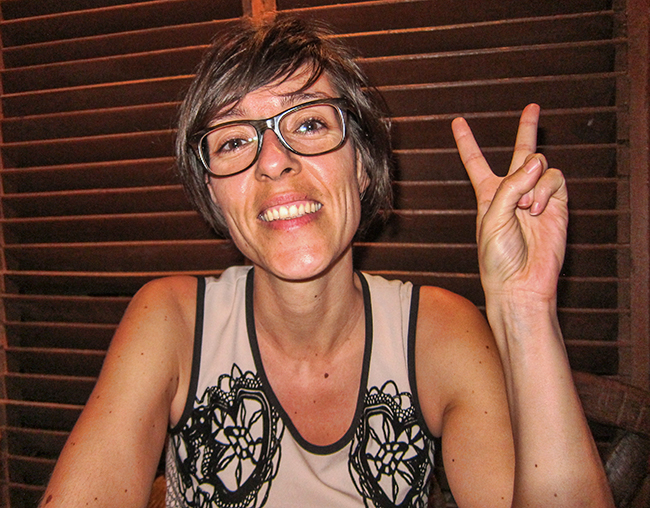