The last gray and cold day of 2015 in the afternoon I boarded an ICE to Frankfurt main station. There the tram to Römer and from there it is only a few more steps to Alexandra’s place. We did spend the last evening with food and wine. Walked down to the Main river a few minutes before midnight to see some fireworks. It was really foggy and loads of drunk people letting off loads of firework. Really nothing I did miss the last 20 or more years. The next morning we had breakfast and then it was time to take another tram to the main station and a S-Bahn to FRA.
Went really early to try for an exit row seat and it did work. Than I walked back to the FRA train station and had lunch at REWE.
The last good beer for a few months – and a nice option to kill some time before the first leg of the flight. 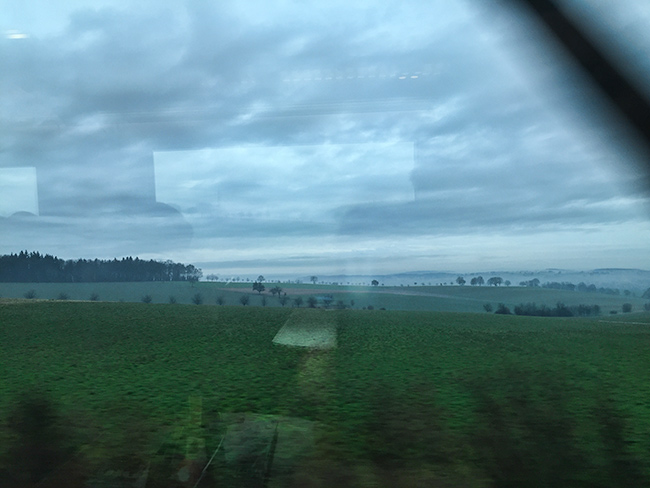 On the ICE from Stuttgart to Frankfurt. Most of the time a mix of white and gray clouds. Some rain from time to time. Makes it easy to say Adios Germany 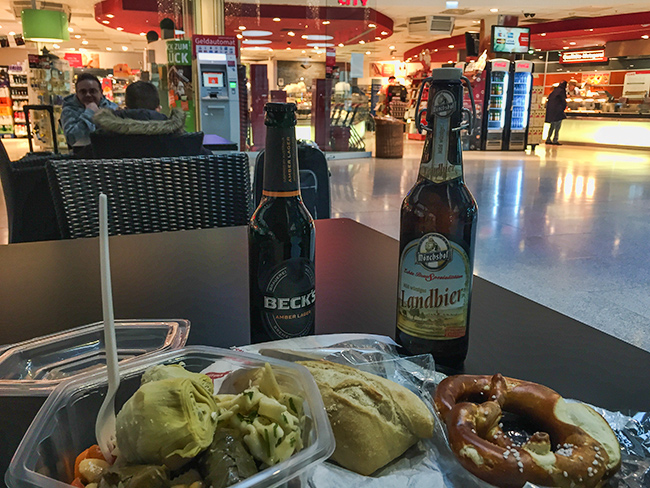 In front of the REWE supermarket in FRA airport. They do have a nice buffet, loads of bread, refreshments and a wide selection of things you might left home and need the last minute for your trip 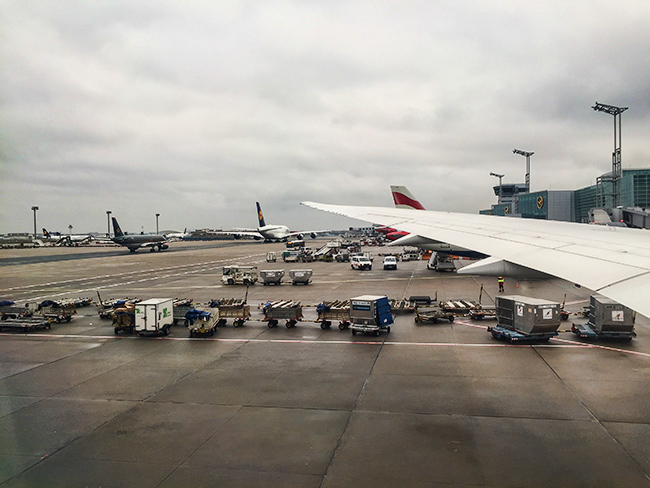 View from my exit row seat on board of flight Vietnam Airlines 36. A Boeing 787 Dreamliner that was fairly new. About 8.750 km or 10h 35m to the capital of Vietnam 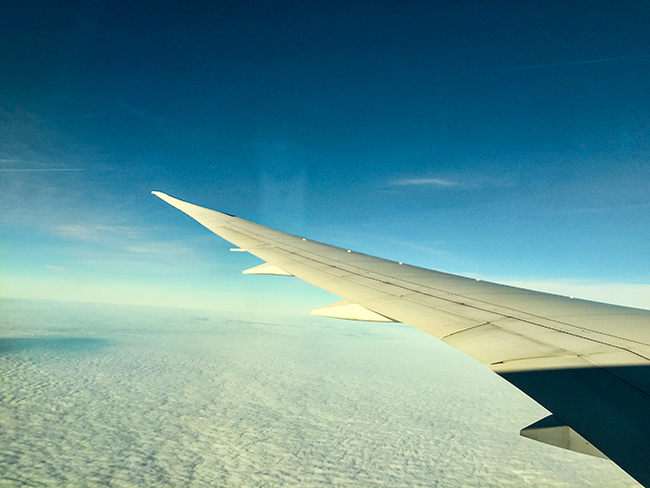 Above the clouds – blue sky! 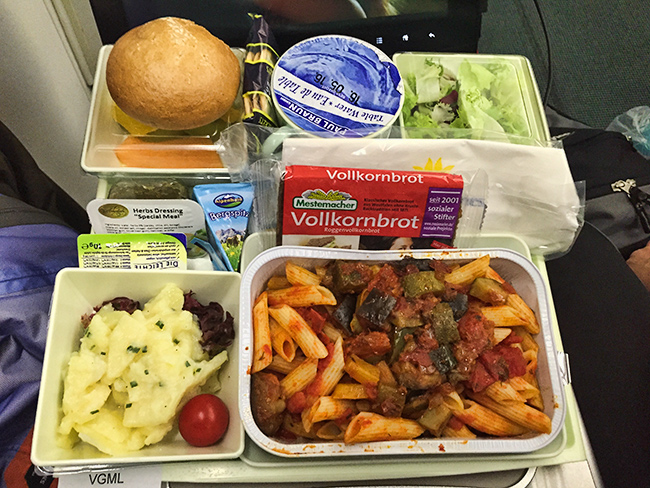 My vegetarian meal on the flight from Frankfurt to Hanoi 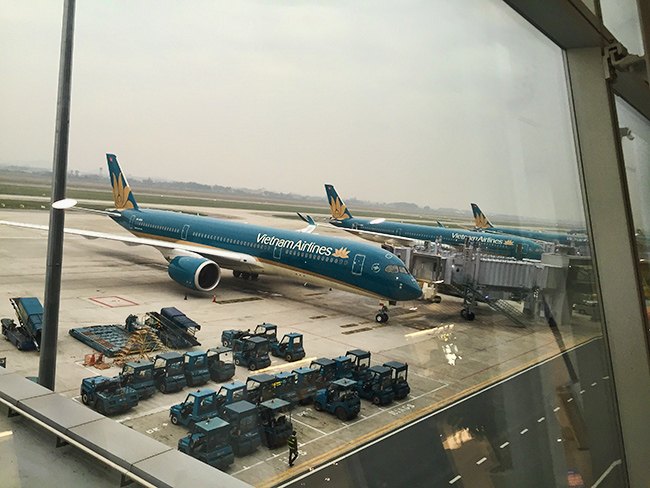 Landed at 6:00 in Hanoi. That leaves 3 hours to find the next gate and browse the Duty Free. The sky as gray as Frankfurt but the temperature was 20 degrees more. Boarding at 8:30 and one hour later flight Vietnam Airlines 611, an Airbus A321 was in the air for another 970 km or 1h 50m for the second leg to Bangkok 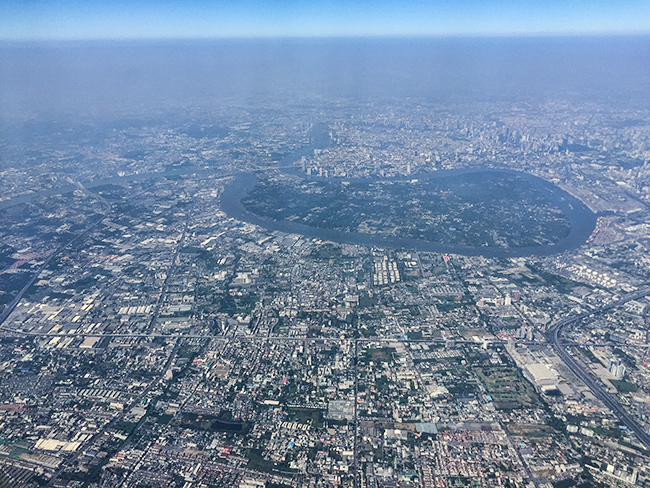 Looks like a heart – what a nice welcome to Bangkok 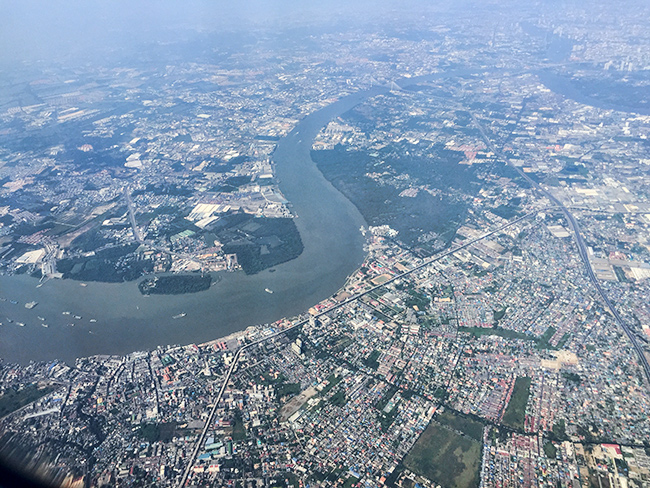 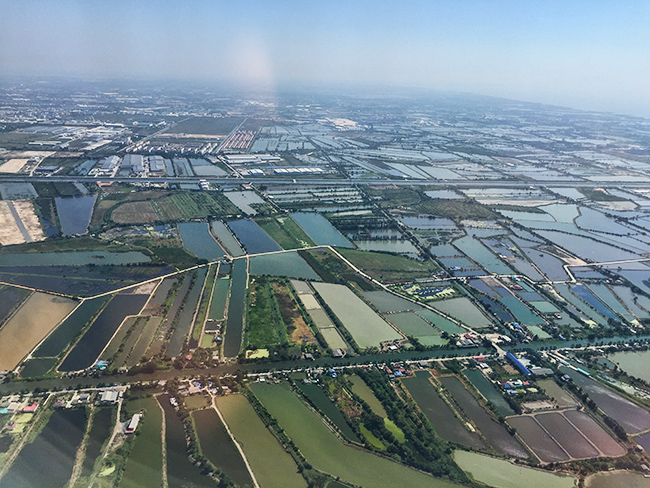 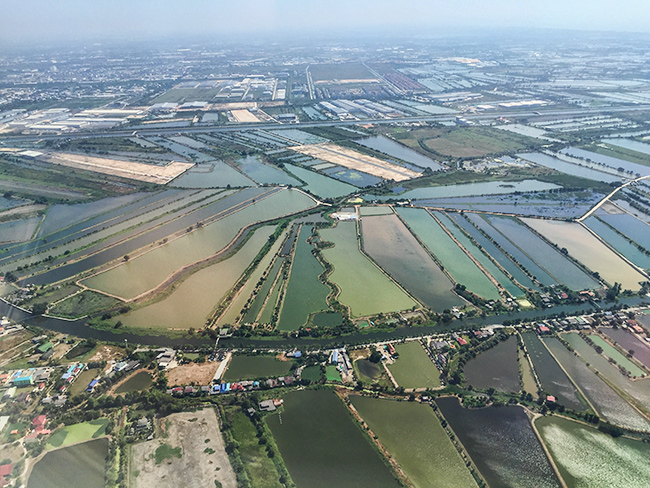 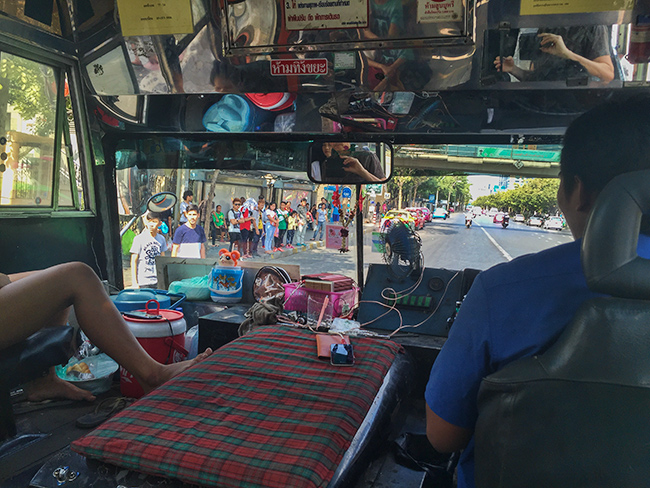 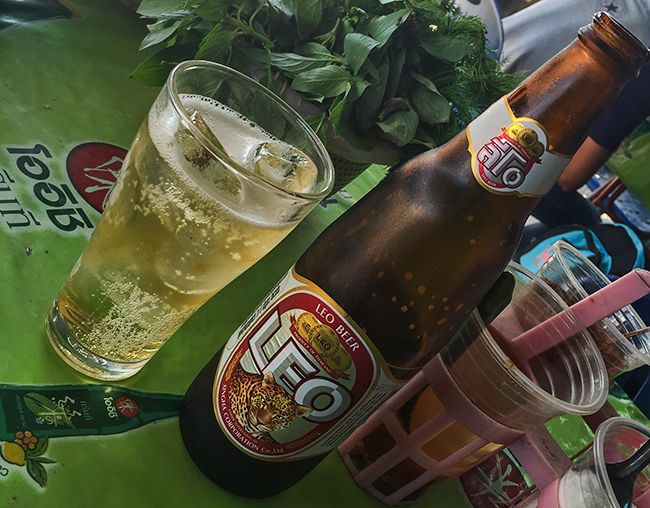 And a long day waiting it was. And the bus station is pretty boring only 7/11 food or some meat options. You have to walk to the outside of it to find a place with nice food and cold beer. Why not – there is even some sun and sky to see?